Last week, Matt Salesses talked about what he ate while abroad. 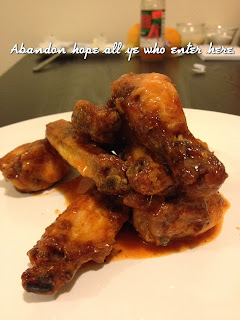 It is possible to eat too many buffalo wings. In theory. I've done my best to find the limit. What I've discovered instead is that buffalo wings are like bosons:  there is no limit to the number that can occupy the same quantum state. I can keep adding them without difficulty or discomfort, a poultry event horizon surrounds me. I no longer need to chew or even get them close to my mouth. They are mine in the way the moon is the Earth's.

My research began at an East Rochester bar called Prince Georges, or PGs for those too hurried to get to their "three beers for a dollar" special to use the full name. These were in the heady days of the early 1990s, when standing around with three plastic cups of shitty beer wasn't ironic or hip. It was terrible and it was all we had and we loved it. Cro-Magnon didn't eat marrow for the taste.

PGs prepared wings at 25 cents per wing, or some such number. Maybe even a dime. Again: it was the 90s. Nobody knew what a healthy eating was, or that cats would soon rule the internet. My friends and I would stampede into the bar, order a dozen plastic cups of cheap beer and forty or so wings and then we'd stop talking until a pile of bones decorated the paper plate. Let those be a warning to the other chickens, we thought.

I began to make my own buffalo wings in 2000. A recipe in a magazine got me started. It has changed over the years, subtly. I've reached the point where I no longer need to thaw frozen wings or pre-heat the oven. The wings seem to know what I need from them. I almost imagine chickens lining up, offering to have their wings amputated for a shot, the slim chance, of being on my plate. I can't eat wings from restaurants because they lack the crisp, almost burnt edges that I crave. My wings aren't perfect. Yes they are.

I began to eat my buffalo wings almost daily as my marriage was ending. Comfort food is a funny thing, only it's not funny: it's desperate and you don't taste it as much as feel it. There's a hole in the bottom of the boat and you're filling it with water. You'll be okay. I would make them almost every night, and eat them alone. It became ritualistic. Certain days were wing days. Certain television shows were wing shows. I propped myself up on tiny wing-bone-crutches.

The marriage ended. The wings carried on, and so too did the ritual. A solitary food, so far away from the 25-cents-a-pop-and-a-beer college days, but oh that crispy skin and spicy tang. I would prepare three or four for a meal, eat in silence, and if my son was with me on a wingday I'd eat late, after he'd gone to bed. I did this for far too long. One night, as I was pulling items from the fridge to make him his dinner I spotted the package of chicken wings I was preparing to make for myself and the absurdity of not sharing them with him hit me.
I asked him if he felt like having chicken, a special kind of chicken that was a-bit-but-not-too spicy. And it was little, I said. Like mini-chicken parts. As if I needed to sell the idea of buffalo wings.
They named a city after them. What did I need to sell them for?

I cooked them up, tossed them with the sauce, and gave him his share and big glass of milk to cut the heat. After a few bites he let out a moan of pleasure.

"You could sell these," he said.

After that we ate in silence until a mountain of bones decorated my Ikea plates. As a warning to the other chickens, I told him. And then we laughed.

Preheat oven to 425. Or not. Why wait.
Cut wings into sections. Keep the tips, if you can. The edges are fantastic.
Toss in olive oil. Salt, pepper and paprika to taste.
Cook for 45-50 minutes. A full hour if frozen.
Whisk 1/2 cup of hot sauce with 1-2 tablespoons of butter or olive oil.
Toss in chicken pieces.
Become a black hole. 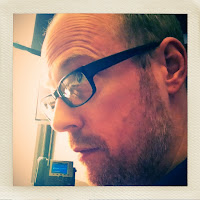 Bio:  Sean Ferrell's books include the novels "Man in the Empty Suit" and "Numb," and the  picture book "I Don't Like Koala" (forthcoming). His fiction has appeared in journals such as Electric Literature’s “The Outlet” and The Adirondack Review. His short story “Building an Elephant” won The Fulton Prize. He lives and works, in no particular order, in New York City.