Audio Series: In the Belly of the Bell-Shaped Curve 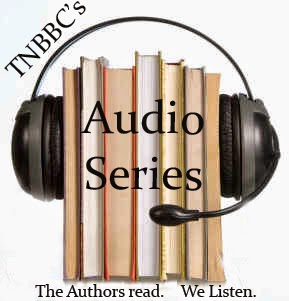 Today, Michael Carter reads an excerpt from his debut novel In The Belly Of The Bell-Shaped Curve. Michael graduated from Indiana University with a bachelor's degree in English and the Indiana University Robert H. McKinney School of Law with a Doctor of Jurisprudence. He practiced law for years as a trial lawyer. Later, he worked in state government as a deputy attorney general and as chief counsel for a state agency that provides support to the impoverished and those in need. “In the Belly of the Bell-Shaped Curve” is his first book. To learn more about Carter, please visit michaellcarter.com.

Click on the soundcloud bar below to hear Michael read from his debut.
What the book is about:
Turk is a frustrated claims adjuster for a large insurance company and has developed a plan that will free him from his boring life and make him rich. If successful, his plan will liberate a vast majority of human beings from the drudgery and monotony of their jobs. Turk hopes to create the Primo-Primate Project and train chimpanzees to operate technology like cash registers or machines used in manufacturing. Consumers would be able to buy the chimps as surrogate workers, in turn freeing humanity from the mundane and dull. Due to his job, Turk has access to the personal information of policyholders. To finance his project, he develops a scheme to embezzle money from the company by creating a fictitious claimant who suffers an injury. Once he crosses the line into white-collar crime, Turk’s life spirals out of control. He wanted excitement and more—and now, he’s got it, as he faces either madness or revelation.
Posted by TNBBC Super Mod at 5:30 AM No comments:

David Leo Rice's Would You Rather

WOULD YOU RATHER
David Leo Rice 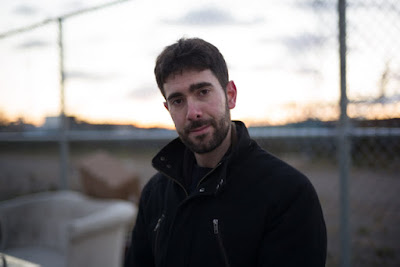 Definitely my feet—I need to drink plenty of coffee while writing, so it’d be pretty hard if my mouth were otherwise engaged.

One giant bestseller, so I could live off the royalties from that and then write the rest of my books with no commercial concern at all.

This is a tricky one. If I can interpret the second option as “being considered a literary genius after I’m dead, but knowing now that this will happen,” then I’d be tempted by that. If not, then definitely being well-known during my lifetime.

Have every sentence begin with one. That might actually be exciting to try, whereas no conjunctions… I can’t see myself running with that.

I have a fear of needles, so the tattoo option would be pretty dark, but I don’t see how I could not choose it. Having it play in the background would render almost everything else impossible—unless it were low enough that I could normalize and in time start to ignore it (and perhaps I’m underestimating my own ability for normalization, as we all do on occasion… who knows what’s playing in the background right now that we’re not hearing anymore?).

Definitely overnight success, because that would free me up to write books I truly believed in afterwards (even if they had to be under a pseudonym, depending on how crappy my overnight success turned out to be).

A character I hated, if I can interpret that as meaning “a character who represents a person I’d hate”… this kind of character could still be quite productive and illuminating to work with.

Blood as ink, though only narrowly. Both would be grim, but at least my blood would more quickly replenish itself, and yield a higher volume to work with.

Both seem pretty close to my process already, so I could go either way. Since I have to choose, I’d have the characters escape and reenact the novel in real life. That way, I could write a new novel about this process, which would fit pretty well with the novels I’ve written so far, which all involve reenactment in different forms. It would be a nice next step, actually.

I’d try it without the letter E, if only to partake in such a classic experiment. I don’t know much about Chicago or Miami, but it would be nice to get my head out of New York and Los Angeles for a while. And I could always include my hometown of Northampton.

Ban! That would be a cool distinction, and it would almost certainly guarantee a higher readership among the students. This one’s a win-win.

Hmm, I’d be kind of fascinated to hear Rand’s in-person bloviations, and to see how they compared with those in her books.

This might be the hardest one so far. No good option, as far as I can tell. I guess speaking in haiku, though it’d be a bitter pill to swallow, as I’ve always enjoyed long, drawn-out conversations. I suppose I could speak in many haikus in succession.

Would you rather be stuck on an island with only the 50 Shades series or a series in a language you couldn’t read?

Ha, also tricky! If I could slowly teach myself the language of the other series, that might be intriguing, but if I had no prior knowledge and no reference materials, that’d be pretty tough. So, 50 Shades it is. And in fairness, I’ve never read it, so maybe I’d be pleasantly surprised.

I’d like to say rip it apart publicly, though I can’t tell how I’d feel if that actually happened. Still, anything’s better than total indifference.

This is a great one! I’d go for the narrator—and maybe then have that voice narrate my Twitter feed as well, so I could ignore it.

Pens and paper. I do write notes and edits longhand, but the computer is the center of my process these days.

Lying down. I think it was Truman Capote who called himself a “fully horizontal novelist,” and said that he needed to be “lying and sipping, sipping and lying,” in order to compose. If it worked for him, I’m game to try it.

Naked. You only live once, right?

David Leo Rice is a writer from Northampton, MA, currently living in NYC. He’s the author of the novels A Room in Dodge City, A Room in Dodge City Vol. 2, ANGEL HOUSE, and The New House, coming in 2022. His debut story collection, Drifter, is out this June. He’s online at: www.raviddice.com

Posted by TNBBC Super Mod at 5:30 AM No comments: