This is Catherine Gentile.

Her fiction received the Dana Award for Short Fiction. Her debut novel, The Quiet Roar of a Hummingbird, was awarded Finalist Status in the Eric Hoffer Novel Award for Excellence in Independent Publishing. Small Lies, a collection of short stories, was released in October 2020. Her nonfiction covers a variety of topics and has appeared in Writers’ Market, North Dakota Quarterly, Down East, and Maine Magazine. She currently edits and publishes a monthly ezine entitled Together With Alzheimer's, which has subscribers throughout the United States. A native of Hartford, Connecticut, Catherine lives with her husband and muse on a small island off the coast of Maine. Her latest novel, Sunday's Orphan, is scheduled for release in September, 2021. Learn more at www.catherinegentile.com. 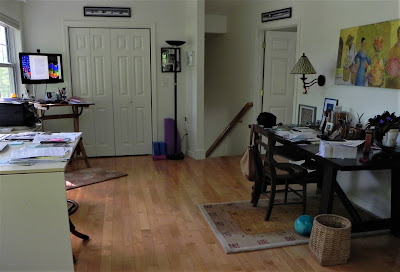 I wish I could tell you I’m a tidy writer whose insights and inspirations flow whenever I assume an ergonomically correct position in front of my stand-and-write computer station; happily, my writing life broke out long ago from the confines of my office. Sure, I spend time in front of my wall-mounted computer screen, but the portion of my writing that feeds my imagination occurs long before my fingertips dance along the keyboard. In the early years of writing, I felt obligated to record every thought, in the event those precious words might be needed in whichever project I was working on. This necessitated having paper and pen at hand. I filled many tablets before I realized that I rarely returned to these jottings. I came to trust that other thoughts would come, and they would be just as good, or more so, than their predecessors. 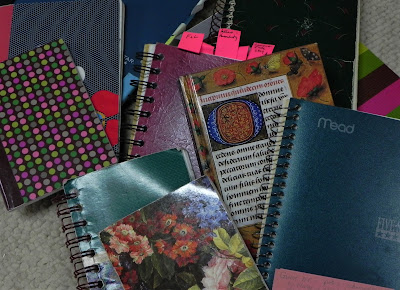 These unruly thoughts often shy away from my computer screen and make themselves known when I am occupied with more physical activities—cooking dinner, gardening, riding my bike, talking to friends. If preparing a meal, I remove the saute pan from the heat and scratch a quick note on the back of a grocery list. I don’t claim to have pen and paper at hand when I am on my hands and knees in my gardens but, I do confess to having a small spiral notebook in the greenhouse, just in case. Bike riding doesn’t allow for taking notes, although the wind on my face blows away the cobwebs,  makes me feel as though I’m twelve-years-old again, and releases my imagination. Once I secure my bike to the car rack, I spend a few satisfying moments writing in the notebook I’ve squirreled away under the dashboard. Phone conversations allow me to scribble cryptic notes while listening to someone speak, a skill I mastered in college. 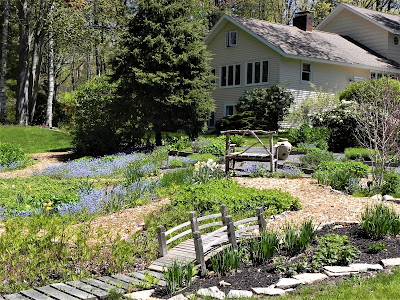 I have a work table in my office on which I sort out all these accumulated bits of paper. It’s a few feet from my computer station, where I insert those thoughts into my manuscript-in-process. Eventually, I settle into deep concentration, then the characters take command, and their stories ebb and flow. During this phase, I rest my wrists on the circa 1955 drafting table I inherited from my dad. I don’t recall him spending hours at this table; rather, he sketched on napkins, in notebooks, and on receipts. On the wall behind me, one of dad’s oil paintings, unfinished yet glorious in its sunrise yellows and hues of blues and orange, urges me on. As his memory reminds me, “Where there is activity, there is art.”