Dianne C. Braley's Would You Rather 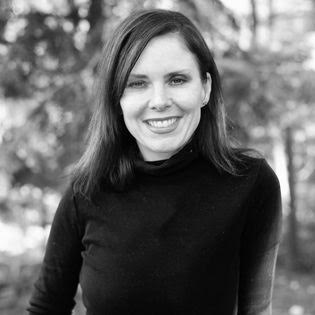 Oh my, I’m going with feet.

This is so hard! I think the giant bestseller. I want a motion picture deal, lol.

Now! Who cares when you’re dead?

Every sentence begin with one. I don’t think it would be a good book, but I don’t know what I’d do without them.

I would love background music for my life and feel like I should have that anyway.

This is tricky. I could set the bar low if I wanted, and am willing to up to a point! Ha! But if it went against my core values and beliefs, I couldn’t do it.

I think writing hateful characters is fun and helps a writer learn more about themselves. I’ve already done this, and shockingly the character I began to hate was inspired by a younger version of me. It might be time to call my therapist again.

Become a character. I like introspection and writing about myself. I’m sort of self-involved.

I think we as writers don’t give readers enough credit. Books nowadays don’t use quotations often in dialogue, and I don’t find it difficult to read at all. I’m going without using punctuation or caps.

I like being yelled at for motivation I wanted to join the military when I was young for that reason, so Dylan Thomas it is.

Ugh. Neither, but I’ll go with speaking. People wouldn’t want to talk to me, and I could write in peace.

Would you rather be stuck on an island with only the 50 Shades series or a series in a language you couldn’t read?

This is tough!!! I guess I’ll have to go with the 50 shades only because I’d be lonely, and I could try to rework the writing and some scenes in my head.

These are so hard! Rip it apart. That way, people might be intrigued enough to buy it.

Voices in my head narrate my every move anyway, so that’s easy. It’s my voice, but it’s relentless.

Pens & paper. I pretty much already have forcefully, but now I’m used to it.

Laying down. Being supine is a rarity in my life, so I wouldn’t mind.

Naked. I don’t care anymore. At a certain point, it is what it is. It might interest people enough to buy more books.

A raw, gritty New Englander, Dianne C. Braley found love for the written word early on, reading and creating stories while trying to escape hers, growing up in the turbulent world of alcoholism. After putting her pencil down for a time, she became a registered nurse finding strength and calm in caring for those who couldn't care for themselves. While living in Martha’s Vineyard years ago, Braley cared for ailing Pulitzer prize-winning novelist of Sophie's Choice, William Styron. He and his books helped her realize she missed crafting stories, and she had some of her own to tell. The Silence in the Sound, Dianne's debut novel, just released on August 23rd 2022.

What I Read in July

I keep saying this but how the heck is the middle of August already? I'm not sure how time just keeps flying by me like this...

How many books did you read in July? Was it a good reading month for you? In case you were curious, here's a peek at the books I read and reviewed last month! 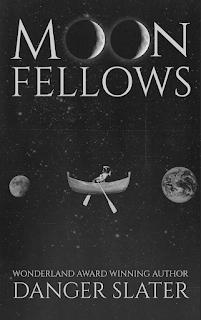 Danger Slater's Moonfellows
Perpetual Motion Machine Publishing
Moonfellows is an alt-historical sci-fi (without the science) story about a group of folks who are sent to the moon in the early 1900's to mine it for MacGuffinite, a precious mineral that has the potential to change the world as they currently know it. But the mission goes to shit pretty quick and the crew soon find themselves not only stranded on its dry, dusty surface, but also fighting for their lives as one of their very own begins to transform into something horrible...I read this in nearly one sitting. You know how sometimes you pick up a book expecting to read just a few pages and before you know it, you've finished it? Well, this is one of those books, you guys. It was just. that. friggen. good! Absolutely unputdownable! Cosmic space horror goodness for the win!And not to sound cheesy, but I believe this is his best book yet! It's been so amazing reading his work over the years and seeing how much he's grown as a writer. I cannot wait to see what he writes next. I'll be first in line to get my grubby, space-sluggy hands on it!! 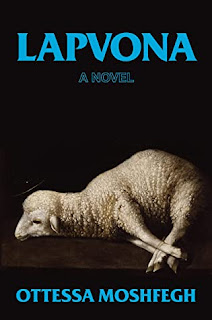 Ottesa Moshfegh's Lapvona
Pengiun Press (Audio)
WTF did I just read?!There were parts I really liked, that carried echos of books like Mammother and The Book of X, and parts that were just nasty-cringy and gross which doesn't usually don't bother me... but this kind of nasty-cringy and gross shit did.Ottessa narrated the book and did a really nice job. It was pleasant to listen it (minus the nasty-cringy gross shit) and had a vaguely dark fairy tale feel to it.Best not to know what you're walking into when you open this door, methinks. 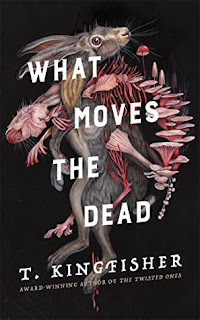 T. Kingfisher's What Moves the Dead

This book has THE most perfect title and cover, doesn't it? I mean, they both will make so much more sense once you get deeper into the story but c'mon... amiright?!What Moves the Dead is fungal body horror at its creepiest. It's been a hell of a long time since I've read Poe's The Fall of the House of Usher, so I really have no idea how close it stays to the bones of the original, but the prose feels as though it was literally pulled off those pages and spat right out onto these. It oozes victorian dread - dark and dreary setting complete with a decrepid crumbling mansion, pale and sickly residents, maids throwing themselves from the roof, and a private murky pond that gives off strange flickering green lights at night.Madeline, the mistress of the mansion, look like she's recently joined the Undead. Her brother Roderick is as timid as a mouse and just as twitchy. The wild hares in the surrounding woods are acting incredibly odd. And there are rumors of curses and witches. But our protagonist Alex, who was summoned by Madeline when she first took ill, soon discovers there is something much more horrible at foot.The tension and suspense is what makes the whole thing work so well! Highly recommend. 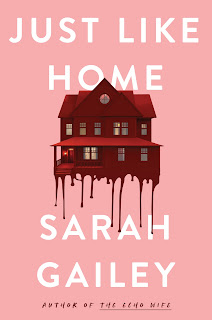