Pete Anderson's Would You Rather


Pete Anderson's
Would You Rather 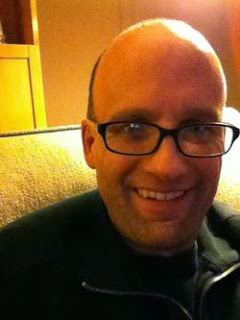 Would you rather write an entire book with your feet or with your tongue? I'm not even sure how tonguewriting would work, so I'll say feet. And my footwriting probably wouldn't be much more illegible than my pathetic handwriting already is.

Would you rather have one giant bestseller or a long string of moderate sellers? Moderate sellers, because that would mean that I've been able to maintain the ability to write well, enough so that people actually want to keep reading. So I'll settle for long-term middling notoriety and modest income. Besides, let's face it: all kids dream of someday becoming a midlist author.

Would you rather be a well known author now or be considered a literary genius after you’re dead? History is littered with dead geniuses who starved during their lifetimes. So, well-known author. Hell, I'll even settle for vaguely-familiar author.

Would you rather write a book without using conjunctions or have every sentence of your book begin with one?
If I'm already abandoning punctuation (see below), I'd better hang onto conjunctions. My toolkit is already pretty limited. Imagine the opening lines of some of the great works of fiction had their authors used the conjunction approach: "And call me Ishmael." (As if the narrator had just been offended by being called Dipshit.) "Or it was the best of times, it was the worst of times." (As if Dickens really had no idea at that moment how to describe the times, but would be more than happy to spend the next 800 pages trying to figure it out, via approximately 432 colorful characters.) "But Lolita, light of my life, fire of my loins." ("...you don't really think I'm that old, do you?")

Would you rather have every word of your favorite novel tattooed on your skin or always playing as an audio in the background for the rest of your life?
My favorite novel is Knut Hamsun's Hunger, which even at only about 200 pages has enough words to make it too painful to be tattooed onto my body. I'll go with the audio, preferably narrated by Donald Sutherland.

Would you rather write a book you truly believe in and have no one read it or write a crappy book that comprises everything you believe in and have it become an overnight success?
I have a comfortable lifestyle and enough money to live on, so I don't need a soul-destroying blockbuster. And if nobody else reads my beloved novel, at least I can read it myself during all of the spare time gained from not being interviewed by Oprah or Entertainment Weekly.

Would you rather write a plot twist you hated or write a character you hated? Hated character. Because if he is capable of inspiring true hatred, he must be extremely well-written. Every writer dreams of creating a character that vivid and real, even if loathsome.

Would you rather use your skin as paper or your blood as ink?Using blood as ink, I wouldn't be writing for very long, nor doing much of anything else. So I'll say skin as paper, even if that means having to write in several areas where nobody would ever want to read.

Would you rather become a character in your novel or have your characters escape the page and reenact the novel in real life? Escaped characters. I'm always visualizing my characters acting out my narrative, even though that often results in frustration over not being able to adequately translate the visual into written words. Maybe I should have been a filmmaker?

Would you rather write without using punctuation and capitalization or without using words that contained the letter E?The letter E is a vital component to my writing (that's four e's already in this answer! no, seven! no, nine! argh!) so instead I'd go without punctuation and capitalization. I could get by without punctuation by replacing all periods and commas with line breaks, which is the only way I could ever write a War and Peace-length novel.

Would you rather have schools teach your book or ban your book?Having your book taught in schools gives you a guaranteed audience but, if you're someone like Nathaniel Hawthorne or John Milton, it also eventually gives you multitudes of bitter adults who curse and grit their teeth at the mere mention of your name. By contrast, getting your book banned usually turns you into an iconic hero. So ban me.

Would you rather be forced to listen to Ayn Rand bloviate for an hour or be hit on by an angry Dylan Thomas?Is Dylan buying all of my drinks? If so, he can hit on me as much as he wants, even angrily, because I can't imagine Rand buying. And I couldn't listen to her for even five minutes without a quart or two of liquid patience.

Would you rather be reduced to speaking only in haiku or be capable of only writing in haiku?Speaking in haikuPeople stop talking to meAh, blessed silence.

Would you rather be stuck on an island with only the 50 Shades Series or a series in a language you couldn’t read? If well-written, the foreign language series would be worth the trouble of deciphering, and even undeciphered it could be enjoyed simply for its pleasant sounds and rythyms. I can only think of 50 Shades being useful for one purpose, and for that I can simply use my imagination instead.

Would you rather critics rip your book apart publically or never talk about it at all?Neither. Anyone who doesn't praise my brilliant book to the high heavens, but instead rips or ignores it, is obviously an idiot, and not worth my concern or anybody else's.

Would you rather have everything you think automatically appear on your Twitter feed or have a voice in your head narrate your every move?
I would offend far too many people with the brain-to-Twitter interface, leading to social ostracization or even physical violence. I already talk to myself all the time anyway, so having every move narrated by a voice in my head would be an easy transition.

Would you rather give up your computer or pens and paper?
Both are essential. I need the slower pace of pen and paper to compose. But I also need the computer to edit once that handwritten mess has been typed up, and also to send my manuscript to prospective publishers. I can't really count on the U.S. Postal Service to be in existence for the rest of my writing career.

Would you rather write an entire novel standing on your tippy-toes or laying down flat on your back?
My failed attempt at distance running this past spring tells me that tippy-toes would soon have me in such excruciating pain that I'd never be able to write. So although laying down flat on my back usually puts me right to sleep, that will have to do. The novel may have to consist entirely of one-page chapters, each quickly jotted down before I doze off.

Would you rather read naked in front of a packed room or have no one show up to your reading?Kind of a moot point, because if I was naked, the room wouldn't be packed for very long anyway. After a few minutes the only audience members remaining would be those yelling at the management or waiting for the police to arrive.

I'm always a sucker for that one perfect line of lyrical prose that sticks in my head, but over the course of an entire book all of that lyricism isn't worth much if it says nothing. So excellent story it is.

And here is Pete's response to Matt Salesses' question from last week:

Would you rather be Holden Caulfield or Scout Finch?

Peter Anderson's debut novella, Wheatyard, was published earlier this year by Kuboa Press. His short stories have appeared in many fine venues, including Storyglossia, THE2NDHAND, RAGAD, Midwestern Gothic and the collections On the Clock: Contemporary Short Stories of Work (Bottom Dog Press, 2010) and Daddy Cool: An Anthology of Writing by Fathers For & About Kids (Artistically Declined Press, 2013). A financial professional by trade, he writes fiction to ease the crushing monotony of corporate life. He lives and writes in Joliet, Illinois.
(Publisher link: http://kuboapress.wordpress.com/kuboa-series-2/)
Posted by TNBBC Super Mod at 9:45 AM