Nick Antosca's Would You Rather

Nick Antosca's
Would You Rather 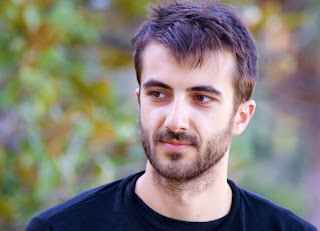 I’d rather be a well known author now, because I don’t believe in an afterlife.  I don’t care what happens after I’m dead.

Tattooed on my skin!  The audio would drive me insane.

I’d rather write a plot twist I hated.  At least I can move past that.  The character, I’d be stuck with.

I’d rather write without punctuation or capitalization, no question.  Seems near-impossible to write anything without using the letter E that isn’t completely tortured.

I’d rather have them ban my book, because that’s good publicity.

The implication seems to be that it would be a bad thing to be hit on by an angry Dylan Thomas, but that sounds pretty memorable.

Only the 50 Shades series.  I’ve never read them but I’m sure I would find them more entertaining than something I couldn’t actually comprehend.  The nice thing about sex is that we appreciate it with a different part of our brain than the part that judges artistic merit.

I’d rather they rip it apart publicly.

I’d rather have a voice in my head narrate my every move.  I feel very detached a lot of the time anyway, so I don’t think it would be all that strange, just annoying.

I’d rather give up pens and paper.  I need my computer to feel happy and safe.

I do write most of my novels lying on my back, so I’ll definitely choose that option.

I’d rather read naked in front of a packed room.  One does want people to show up.

I’d rather read a book that is poorly written with an excellent story.  Maybe that’s one reason I also write for TV.

And here is Nick's response to JA Tyler's question from last week:

I would rather have the review.  I don't care what my obituary says!

Would you rather give up writing (all writing, not just fiction but grocery lists and emails, etc) or sex for the rest of your life, if you had to choose between the two?

Nick Antosca is a novelist and screenwriter living in Los Angeles.  His story collection The Girlfriend Game is now available and a novella, The Hangman's Ritual, will be published in the fall.