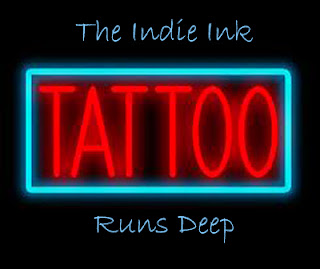 
Today's ink comes from Giano Cromley. Giano was born in Billings, Montana. The Last Good Halloween is his first novel. His writing has appeared in The Threepenny Review, Literal Latte, and The Bygone Bureau, among others. He is a recipient of an Artists Fellowship from the Illinois Arts Council. He teaches English at Kennedy-King College and lives on Chicago's South Side with his wife and two dogs. 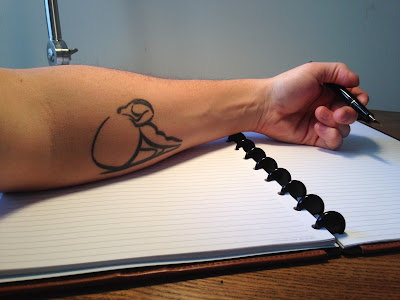 Writing is great. Everything that happens after you write is what well and truly sucks.
Any writer who’s been doing it for even the briefest of spells will tell you that rejection is their most constant companion. It is the dark-hooded specter that lurks over their shoulder on every trip to the mailbox, during each tremulous click of the email refresh button.

In the nearly twenty years I’ve been trying to get published, I’ve been rejected in every way imaginable. I’ve gotten nice rejections, hopeful rejections, curt rejections, mean rejections, and flat-out confusing rejections. I’ve been passive-aggressively rejected by simply getting no rejection at all.

I’ve also had some successes. Just enough to keep whatever flame of hope there is alight.

The funny thing I've realized is that rejection and acceptance aren’t so different from each other. At the end of the day, yea or nay, a writer must always go back to the blank page, stare down the emptiness, and summon the audacity to dare to fill that space with words.

About halfway through the manuscript for The Last Good Halloween, I told myself I was going to get a tattoo if I ever managed to find a publisher. It was one of those silly self-promises that grew in significance. As time wore on, it became its own finish line, a reason to forge ahead. While I finalized the manuscript and began the tortuous process of seeking publication, I pondered this theoretical tattoo. Whatever I was going to get, it had to be good, it had to be perfect.

Over the years, the Greek mythological figure, Sisyphus, has come to take on an outsized importance in my life. When I tell people that Sisyphus was the guy whose punishment from the gods was to roll a boulder up the hill, only to have it roll back down when his task was completed, they cringe. They cringe because they imagine some sweaty guy toiling endlessly, skinning his elbows, straining at the sinews, sweating blood. But that’s not how I think of Sisyphus. I see what Albert Camus, in his famous essay, saw – someone who was unafraid to hold his middle finger up to the gods, someone who walked back down the hill, bravely put his shoulder to the rock, and got back to work. After all, what was the purpose of the gods’ punishment if not to break Sisyphus? And what was the one way he could thwart them?

That's exactly what writing is. It’s starting over, no matter what, every day, because keeping going is the one thing that’s actually within your power. Sisyphus should be every writers’ superhero. How could I not get him inked on me? If only I could get my manuscript published, because that was the original promise I’d made.

A little less than a year ago that promise wasn’t looking too good. After being burnt by agents and pigeon-holed by editors, it was starting to look like there was no hope for my little manuscript. I began to question the entire premise of my vow. Why did I say I’d get the tattoo after I published my book? Wouldn’t I need to internalize the lesson of Sisyphus even more if I didn’t publish it? And who the hell cares about such chronological semantics when the only one you're arguing with is yourself?

Last March I decided to do it. I scoured the internet until I found a stylized depiction of Sisyphus by Marcell Jankovics. I printed it out and took it to Old Town Tatu in Chicago.

A few weeks after it healed, I heard from an editor at Tortoise Books. Not a rejection. This time, an acceptance. And the next day, in true Sisyphean fashion, it was back to work again. The image is etched on the inside of my left forearm, in plain view every time I hold a pen poised over a blank sheet of paper – the moment when all writers are most in need of a superhero.
Posted by TNBBC Super Mod at 5:00 AM