Matt Salesses' Would You Rather


Matt Salesses'
Would You Rather 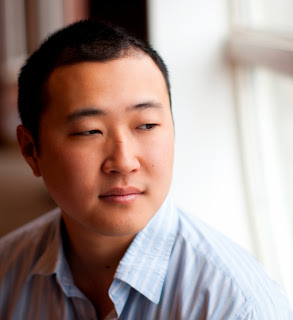 Would you rather write an entire book with your feet or with your tongue?
Tongue. Feet are disgusting.

Would you rather be a well known author now or be considered a literary genius after you’re dead?
Now. There's no pleasure in death. One might always be “rediscovered.”

Would you rather write a book without using conjunctions or have every sentence of your book begin with one?
Option 1. I've seen option 2 done before.

Would you rather have every word of your favorite novel tattooed on your skin or always playing as an audio in the background for the rest of your life?
Either way you end up hating that book, right? Audio, but only because I'm a baby about needles. I'm sure the tattoo would be more sane.

Would you rather write a book you truly believe in and have no one read it or write a crappy book that comprises everything you believe in and have it become an overnight success?
Option 2. I'm not planning on only writing one book, so some financial success would be welcome once I turned back to “serious” writing.

Would you rather write a plot twist you hated or write a character you hated?
Character. I think it's fine to write hateable characters.

Would you rather use your skin as paper or your blood as ink?
Blood. I have this thing about skin.

Would you rather become a character in your novel or have your characters escape the page and reenact the novel in real life?
I'd rather enter the novel. I don't want the responsibility of creating real people.

Would you rather have schools teach your book or ban your book?
Teach. Who would want their book banned, really?

Would you rather be forced to listen to Ayn Rand bloviate for an hour or be hit on by an angry Dylan Thomas?
Dylan Thomas, though my answer might be different if I were of the fairer sex.

Would you rather be reduced to speaking only in haiku or be capable of only writing in haiku?
Writing. I guess there's always dictation.

Would you rather be stuck on an island with only the 50 Shades Series or a series written in a language you can't read?
50 Shades. I like reading!

Would you rather critics rip your book apart publicly or never talk about it at all?
Rip. On the sales side, it seems pretty clear that no news is bad news.

Would you rather have everything you think automatically appear on your Twitter feed or have a voice in your head narrate your every move?
I already have number 2.

Would you rather give up your computer or pens and paper?
Pens and paper! I can't handwrite!

Would you rather write an entire novel standing on your tippy-toes or laying down flat on your back?
Lying on my back would not be too much of an adjustment.

Would you rather read a book that is written poorly but has an excellent story, or read one with weak content but is written well?
Hard to understand option 2. Written well means strong content, so I take that one.