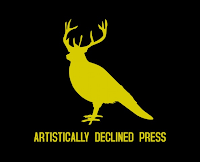 It's a great day for some Indie Book Buzz here at TNBBC. Over the next few weeks, we will be inviting members of the indie publishing houses to share which of their upcoming 2012 releases they are most excited about!

First up for 2012 we have Kat Dixon's debut full-length poetry collection, Temporary Yes, released on February 21. I can't fully explain the effect that Kat's writing has on me, but I think the biggest compliment I can pay her as a writer is to say that whenever I read her work I am compelled to write. Not too many writers have that effect on me with the consistency she does. I didn't know anything about Kat or her writing when I first started reading her work online, but I was instantly hooked and am honored to have gotten to know her over time. So I am pleased as punch to be able to bring Temporary Yes to print. It is full of beautiful words, whimsy, surrealism, confession. It is everything poetry should strive to be.

Our second release of the year comes hot on the heels of Dixon's book, because it will mark a special occasion. That occasion, March 15, is the 5th anniversary of the publication of Ben Tanzer's debut novel, Lucky Man. This re-release will also introduce the first of two new imprints. Antler Editions will focus on anthologies and career-spanning/celebrating releases, such as reprints, collected works and more.

The Recliner Anthology of Poetry

While we are still shoring up the rest of the 2012 catalog, I can say we've got some surprises. We are working on two anthologies, both of which are still being built in terms of contributors and content. The Recliner Anthology of Poetry, which already includes stellar poets such as Molly Brodak, Shaindel Beers, b.l. pawelek, and Abby E. Murray. And for which I've included the first peek at the cover! We are also working on a very exciting, currently untitled anthology of fiction edited by Tanzer. I don't want to give too much away about this one, but I will say it's unlike anything offered by other small presses. We are hopeful that both these anthologies will release late in the year. 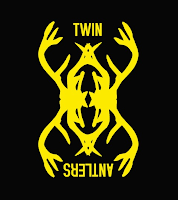 There's also a book of collaborative poetry in the works that will launch the second of our of two imprints we're working on. The Twin Antlers imprint will be devoted solely to collaborative works, and the first title will appear this summer. And we also hope to do our second "Pop Up Release," but in the nature of that project we can't really talk about it.

Ryan W. Bradley has pumped gas, fronted a punk band, done construction in the Arctic Circle, managed an independent children's bookstore, and now splits his time between opening boxes and designing book covers. He is the author of two chapbooks, AQUARIUM (Thunderclap! Press, 2010), MILE ZERO (Maverick Duck Press, 2011), and a story collection, PRIZE WINNERS (Artistically Declined Press, 2011). His debut novel, CODE FOR FAILURE is due from Black Coffee Press, March 27, 2012. He received his MFA from Pacific University and lives in Oregon with his wife and two sons.


So what do you think guys? See anything that catches your eye? Which of these things are you most excited to see release? Help TNBBC and Artistically Declined Press spread the buzz about these books by sharing this post with others!
Posted by TNBBC Super Mod at 5:00 AM