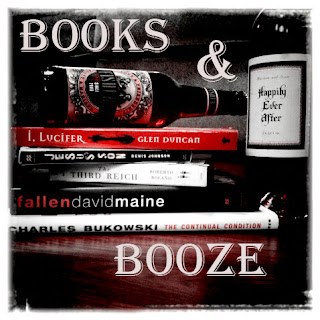 When you're fifteen, alcohol is a precious commodity. Acquiring it can involve processes as laborious as gleaning crude oil from a bunch of sticky black sand. Because of this, Kirby Russo can't afford to be choosy when it comes to his drinks -- which he stubbornly refers to as cocktails, though they bear little relation to the artisanal, small-batch concoctions that are so much the norm these days.

Kirby consumes his first drink in Chapter 1, shortly after returning home and finding the house empty -- a perfect excuse to relax after a week spent surviving the lawless Thunderdome that was computer camp. Upon opening his parents' liquor cabinet, Kirby notes that the trick is to find the bottle that's most nearly half-full, which makes it harder to notice when some is missing. On this particular day, Kirby selects a bottle of Black Velvet. Does he like the taste and character of this liquor? Probably not. It's just the one that's least likely to get him busted. Since Kirby is fifteen (and what fifteen year old really likes the taste of whiskey?) he adds a generous amount of ice and a splash of orange juice to cut it. If you were being generous, you might call this drink A Poor Man's Whiskey Sour. This is the beverage he's consuming when he finds out that his life has been completely upended.

The Poor Man's Whiskey Sour works well when you're stealing liquor in small quantities, for those times when you're being a fifteen-year-old epicure. But there are times when you need to get your hands on a large amount of booze and you can't be picky. The second drink in The Last Good Halloween owes a major debt to one of those old soda pops we used to order when we were kids which we called a Suicide -- basically a squirt of every type of soda mixed together. Kirby, on the eve of an epic road trip which aims to restore his tattered family, combines a small amount of every liquor in his mom's liquor cabinet into a Mr. Pibb bottle. The resulting mixture is more medicinal than enjoyable. In good conscience I can't recommend this drink except under the most dire circumstances. As it turns out, this beverage turns out to be just the tonic Kirby needs, as it helps him stave off a panic attack just before he confronts his missing stepfather.

Giano Cromley was born in Billings, Montana. The Last Good Halloween is his first novel. His writing has appeared in The Threepenny Review, Literal Latte, and The Bygone Bureau, among others. He is a recipient of an Artists Fellowship from the Illinois Arts Council. He teaches English at Kennedy-King College and lives on Chicago's South Side with his wife and two dogs.
Posted by TNBBC Super Mod at 5:00 AM