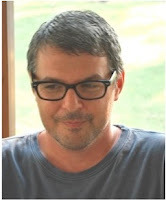 This is Scott Garson.

He is the author of IS THAT YOU, JOHN WAYNE?--a collection of stories--and AMERICAN GYMNOPEDIES, a book of microfictions. His fiction has won awards from Playboy, The Mary Roberts Rinehart Foundation and Dzanc Books, and he has work in or coming from Kenyon Review, American Short Fiction, Hobart, Conjunctions, New York Tyrant and others. He edits the Pushcart-Prize-winning journal of very short fiction, Wigleaf.

Mostly I write on this couch. From the squished-in cushions, you can probably see which side I favor. 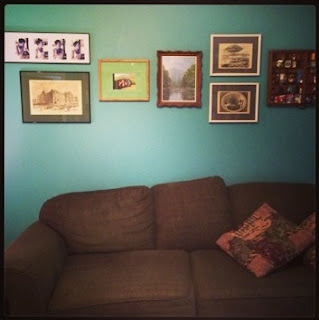 I  feel like I should write in a different place. A harder and less comfortable place. I should maybe write standing. Didn’t Hemingway write standing? (Checking Google…) 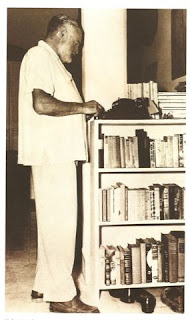 If I wrote standing, I’d remember that the work is hard and that the sentences had to be firm, and that would be good.

But Hemingway was a jerk-off, yes?

Anyway the basic truth about writing: you’re losing yourself. It’s probably easier to lose yourself if your back and your butt don’t hurt.

I also write inside my book cover.

Is that cryptic? It’s supposed to be cryptic.

Here’s the story: my brother-in-law, Jason Hieronymus, designed the cover for my collection of stories, IS THAT YOU, JOHN WAYNE? He was here visiting when he designed it. In fact, he was staying in my writing room, which is also the guest room. And because he’s a graphic designer and able to see things sideways, he looked at the wall behind the couch where I write and he began seeing the cover of a book. 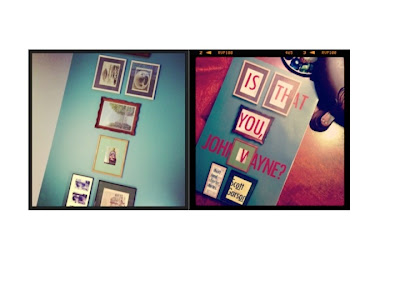 Is that not awesome?

And double-awesome: one of those frames on the wall contains photos I took of my wife smoking a cigarette just after we got married. Jason put a white block over the photographs, but later made it somewhat transparent. So you can still see them.

You could say—and you’d be correct—that in the bottom corner of the cover of my book there are several tiny photographs of my wife in a bridal gown smoking. And you could also say that I write just beneath them. 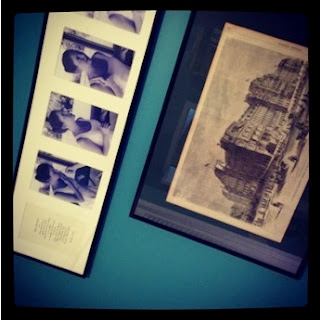 So it’s a good place to write.

I haven’t mentioned: on the wall across from the couch are the bookshelves. If I’m having a sucky day, I can stand and stretch and go to the shelves—for pleasure, for inspiration. 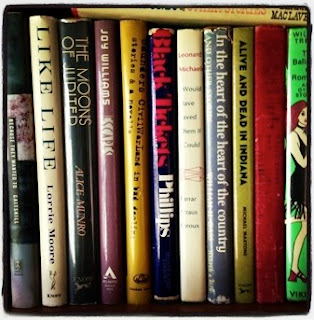