David David Katzman's Would You Rather


David David Katzman's
Would You Rather 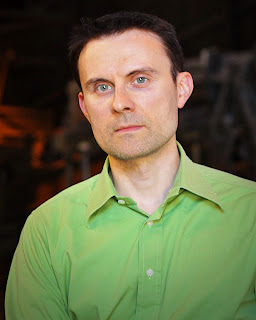 Would you rather write an entire book with your feet or with your tongue?
Definitely tongue because these feet were made for walkin'.

Would you rather be a well known author now or be considered a literary genius after you’re dead?
How do you know I'm not dead already?

Would you rather write a book without using conjunctions or have every sentence of your book begin with one?
I'd rather write a song about conjunctions that queries what the function of conjunctions is, and then before you can even answer that explains that it is for hooking up words and phrases and clauses.

Would you rather have every word of your favorite novel tattooed on your skin or always playing as an audio in the background for the rest of your life?
I'm a skinless deaf person so I find this question rude.

Would you rather write a plot twist you hated or write a character you hated?
I hate plot twists and characters so my answers is that I would enjoy both equally.

Would you rather use your skin as paper or your blood as ink?
Please see my response three questions previous. But to answer the spirit of your question, I have found that using people's skin as paper is very difficult as it requires significant drying and stretching otherwise it is too wrinkly. However, if you have a significant enough quantity of blood (such as, say, a whole body's worth), then an old fashioned feather pen can work wonders with it.

Would you rather write without using punctuation and capitalization or without using words that contained the letter E?
George Perec already wrote a book that doesn't contain the letter "e," and I do not like plagiarism. However, in this case, it would be much easier, so I'll go with that.

Would you rather have schools teach your book or ban your book?
Both simultaneously. I just need to get them to teach them because they have already banned them.

Would you rather be reduced to speaking only in haiku or be capable of only writing in haiku?
Speaking in Haiku
Gives voice to profound wisdom
Writing is stupid.

Would you rather be stuck on an island with only the 50 Shades Series or a series in language you can't read?
Depends on which burns better.

Would you rather critics rip your book apart publicly or never talk about it at all?
This one hits a little too close to home.

Would you rather have everything you think automatically appear on your Twitter feed or have a voice in your head narrate your every move?
The latter, obviously.

Would you rather give up your computer or pens and paper?
It won't be too long before we won't have computers anymore anyway.

Would you rather write an entire novel standing on your tippy-toes or laying down flat on your back?
I'm rather short so they are about the same.

Would you rather read naked in front of a packed room or have no one show up to your reading?
Oh, definitely naked. I have done several readings at nudist colonies, and I find the audience to be very receptive. And very naked.

I'll have to go with never write another word because if I could never read another word then I couldn't read what I had written anyway, which would mean I was writing without even knowing what I was writing. Wait, now that you mention it...

David David Katzman has published two novels, Death by Zamboni, an absurdist satire, and A Greater Monster, a multimedia psychedelic fairytale, which won a gold medal as “Outstanding Book of the Year” in the 2012 Independent Publisher Book Awards and was a Finalist in the Fantasy genre of the 2012 Indie Excellence Awards. In 2013, the Chicago Center for Literature and Photography published an illustrated collection of his letters entitled The Kickstarter Letters. He was published in Bridge Literary Magazine and Tailspins magazine. Katzman has a Master’s Degree in English Literature from University of Wisconsin-Madison and a Bachelor’s Degree in English Literature from The Ohio State University. He has performed as an actor and improviser throughout Chicago and has been interviewed by numerous bloggers.
Posted by TNBBC Super Mod at 8:51 AM