We are knee deep in Indie Book Buzz here at TNBBC. Over the next few weeks, we will be inviting members of the small press publishing houses to share which of their upcoming releases they are most excited about! 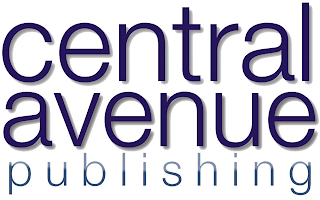 I Wrote This For You: Just The Words by Iain S. Thomas and Jon Ellis
Released September 1, 2013

Why I Love It: I first fell in love with the words of Iain Thomas long before I started in the publishing world. As a secret follower of his blog and a terribly romantic person, I felt the power of his words so deeply that I truly felt that someone had written them just for me. When we 'met' a few years later and we discussed the publication of the book based on his poetry, I jumped at the chance. I was shocked to find out that other publishing houses 'didn't know what to do with it.' Fast forward a few more years and I Wrote This For You continues to be an international success - touching fans all over the world. The combination of the haunting photography of Jon Ellis and Iain's words have created an experience that must be read.

About The Book: This second book is a full compilation of almost all of Iain's poetry with select new photos. While the first book captures the blog's original experience, this book has several hundred poems all grouped into stages of life, love and death.

Follow Iain at I Wrote This For You and @iwrotethisforu and http://iainsthomas.com

Why I Love It: Molly Ringle has got to be one of my favourite New Adult writers. She has a way of writing that is humorous, yet captivating. But my favourite aspects of her books are the characters she creates. For the most part, they are flawed, so realistically though that you would think you know them in real life. In Persephone's Orchard, she has retold the myth of Persephone and Hades - and created a story where they truly love each other - and not the one portrayed by Bernini in conjunction with the old stories. From the moment I started reading it, I was enthralled. The back and forth between present day and the retelling of the ancient myth was amazingly well done. The characters are believable and real. What I love is that her heroine is not a whiny, helpless girl, but a strong young woman who questions and reacts on her own accord. She's no Xena - she's real and that's one of the reasons that reviewers have reacted so strongly to story. It's the first book in the Chrysomelia Stories and the second book is due out in early 2014.

About the Book: The Greek gods never actually existed. Did they? Sophie Darrow finds she was wrong about that assumption when she's pulled into the spirit realm, complete with an Underworld, on her very first day at college. Adrian, the mysterious young man who brought her there, simply wants her to taste a pomegranate. Soon, though she returns to her regular life, her mind begins exploding with dreams and memories of ancient times--of a love between two Greeks named Persephone and Hades. But lethal danger has always surrounded the immortals, and now that she's tainted with the Underworld's magic, that danger is drawing closer to Sophie.

Check out the trailer, amazing goodreads reviews and Molly at @mollyringle

Michelle is a lip balm-addicted, coffee-drinking biblio-technophile and the creator of Central Avenue Publishing, an almost five year old business which has grown and morphed with the quickly changing publishing industry. She seems to have social media accounts everywhere on the interwebz but spends most of her time at @CentAvePub
Posted by TNBBC Super Mod at 5:00 AM