ML Kennedy's Would You Rather


ML Kennedy's
Would You Rather 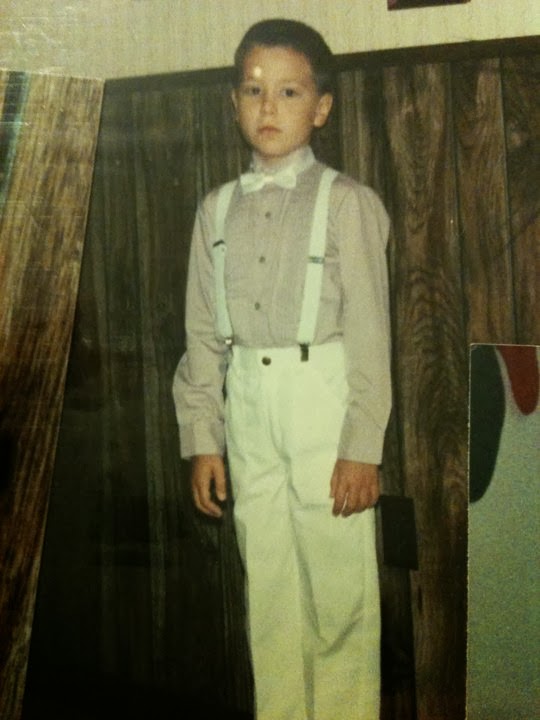 Would you rather write an entire book with your feet or with your tongue?
My feet. I am a remarkably slow typist anyway, so I don’t think there would be a huge net loss in WPM.

Would you rather be a well known author now or be considered a literary genius after you’re dead?
I’d prefer the latter. I don’t think I will ever be called a literary genius, but I don’t want to be well known if it means that I have frequent awkward conversations with strangers. I’ve parked outside Stephen King’s house and taken pictures, so I cannot imagine all the weirdoes he must suffer.

Would you rather write a book without using conjunctions or have every sentence of your book begin with one?
I feel like you can write some classy literature without conjunctions. Beginning every sentence with a conjunction seems like a cheap gimmick. Or worse, poetry.

Would you rather have every word of your favorite novel tattooed on your skin or always playing as an audio in the background for the rest of your life?
The former. I’d cheat and get one of those guys who can write the bible on a grain of rice to do it. Ever since I hit 30, I have trouble concentrating on writing when people are talking; that option is right out.

Would you rather write a book you truly believe in and have no one read it or write a crappy book that comprises everything you believe in and have it become an overnight success?
I’ve done the former. Does that count? I’m probably going to keep on doing the former forever, though I am not sure I’d call it a choice.

Would you rather write a plot twist you hated or write a character you hated?
This one is easy. Bad plot twists are the worst. I’m still mad about the movie High Tension. As a lifelong wrestling fan, I love to hate characters.
.

Would you rather use your skin as paper or your blood as ink?
Blood as ink. I feel as though it is a more easily renewed resource. Having written a vampire novella, it might be a little on the nose, though.

Would you rather become a character in your novel or have your characters escape the page and reenact the novel in real life?
The latter. I could probably get along with the types of misanthropes and goofballs I tend to write. Most of my stories have fairly low stakes, so I feel as though I wouldn’t be endangering the world.

Would you rather write without using punctuation and capitalization or without using words that contained the letter E?
If I could cheat and use spacing and line breaks I lieu of punctuation, I would chose the former. If not, the latter. I would probably have to kill myself though.

Would you rather have schools teach your book or ban your book?
Having a book of mine banned would be hella sexy. That’s a level of speaking truth to power to which I aspire. Truthfully, I am probably still ten years away from writing anything that is banned for its ideas. I snuck some transhumanism stuff, some atheist stuff and some gross stuff with menstrual blood into The Mosquito Song, but nothing that could be called a threat to the American way of life. I could see a ban due to swearing and violence, but at present my content is not seditious enough.

Would you rather be forced to listen to Ayn Rand bloviate for an hour or be hit on by an angry Dylan Thomas?
Ayn Rand.

Would you rather be reduced to speaking only in haiku or be capable of only writing in haiku?
I suppose writing. It would be too hard to do essential things like ordering food, criticizing movies, and telling jokes while keeping a syllable count in my head. Plus, you’d have to mention nature at least every 17 syllables and nobody wants to hang out with that guy.
Plus, writing grocery lists in haiku might be fantastic.
Buy one dozen eggs,
Oscar Meyer Lunchable
And one gallon milk

Would you rather be stuck on an island with only the 50 Shades Series or a series in a language you couldn’t read?
My only real knowledge of 50 Shades comes from Gilbert Gottfried reading selection on YouTube. So maybe it is really. . . Well. . . It does seem like those books would be fairly flammable. Maybe they could light a fire in my campsite in lieu of my loins.

Would you rather critics rip your book apart publically or never talk about it at all?
Rip it apart. I don’t mind negative attention; I crave it. Perhaps I have brain problems. So far my favorite review of my vampire novella, The Mosquito Song, is a negative one. Somebody on Amazon said that she couldn’t get into the story because vampires don’t interest her.

What? Why did you download a book about a vampire then?

Would you rather have everything you think automatically appear on your Twitter feed or have a voice in your head narrate your every move?
Do normal people not have that narration in their head? Perhaps, I’ve said too much. As for the former, I have dirty thoughts nearly once a week. Things like that aren’t allowed on the internet; I’m pretty sure.

Would you rather give up your computer or pens and paper?
I feel like I could give up pens and paper. Almost everything I write with pens and paper ends up on a computer anyway. And you can’t watch Netflix with a sheet of paper; I’ve tried.

Would you rather write an entire novel standing on your tippy-toes or laying down flat on your back?
Tippy-toes.

Would you rather read naked in front of a packed room or have no one show up to your reading?
I think the world would prefer the latter. I would still do the reading to no one. The show must go on, and all that jive. Besides, just reading my stuff in front of people makes me feel all pink and naked anyway. I wouldn’t want to be double naked.

Would you rather read a book that is written poorly but has an excellent story, or read one with weak content but is written well?
I’d rather have the story. I understand people that find intrinsic beauty in language, but at the end of the day I’ve got things to do. I am not going to curl up with Proust. For me, a good story transcends bad storytelling more so than a weak story is bolstered by good story-telling. I also feel like it is easier to share a good story that was told poorly than the other way. You don’t want to have a conversation with somebody where they say, “What was the point of that story?” I’ve been married almost 13 years; I’ve heard that a lot.

ML Kennedy is a based writer/editor. Tiny Toe Press published his debut novella, The Mosquito Song, in October of 2011. His next book, a collection called Thanksgiving for Werewolves and Other Monstrous Tales, is slated for release this June.