It's the first of the month and you know what that means.
It's time to bring you March's Author/Reader Discussion book! 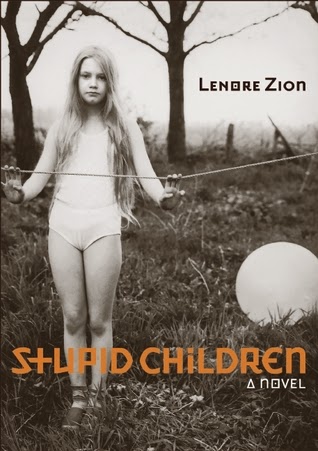 Lenore's publisher, Emergency Press, is giving us a total of 10 copies to giveaway.
A mish mosh of Epub or Mobi ebooks (open internationally)
and print copies (open to US only)

Here's the goodreads description to whet your appetite:

Jane lived happily in Miami Beach with her father until his failed suicide attempt and relocation to a mental hospital forced her into the foster care system. By chance, Jane is assigned to foster parents in central Florida who are deeply involved in the Second Day Believers - a cult focused on the cleansing of mental impurities in their children, and the sanctity of the internal organs of farm animals. Jane is quickly initiated into the Second Day Believers, but her father’s lingering voice prevents her from becoming entirely indoctrinated. Despite Jane’s resistance, she is revered in the cult as the second coming of the late wife of Sir One, the leader of the Second Day Believers. Poised to rise through the ranks of the insane cult and marry their leader, Jane must make a difficult choice.Stupid Children is a story inspired by Katherine Dunn’s, Geek Love, and written in a voice similar to Donald Barthelme. Hilarious, offbeat, fast-paced and wildly imaginative, Zion, a doctor of psychology, imbues her characters with bizarre psychological abnormalities to create vivid, memorable eccentrics that leap from the page. With deadpan, wonderful ruminations on tattoos, the nature of coincidence, drug use, father-daughter relationships, mental illness, violence, and deviant sexuality, this novel is destined to become a cult favorite.

This giveaway will run through February 8th.
Winners will be announced here and via email on February 9th.

1 - Leave a comment here or in the giveaway thread over at TNBBC on goodreads, stating why you'd like to receive a copy of the book. You MUST be a resident of the US to win a paper copy, so please state your preference and where you reside.