CCLaP: Humboldt, or The Power of Positive Thinking

Six days ago, CCLaP released Humboldt, or The Power of Positive Thinking.

Not only does it have the honor of being our first release of 2014,
but it is also our first-ever, full length, widely distributed paperback!!! 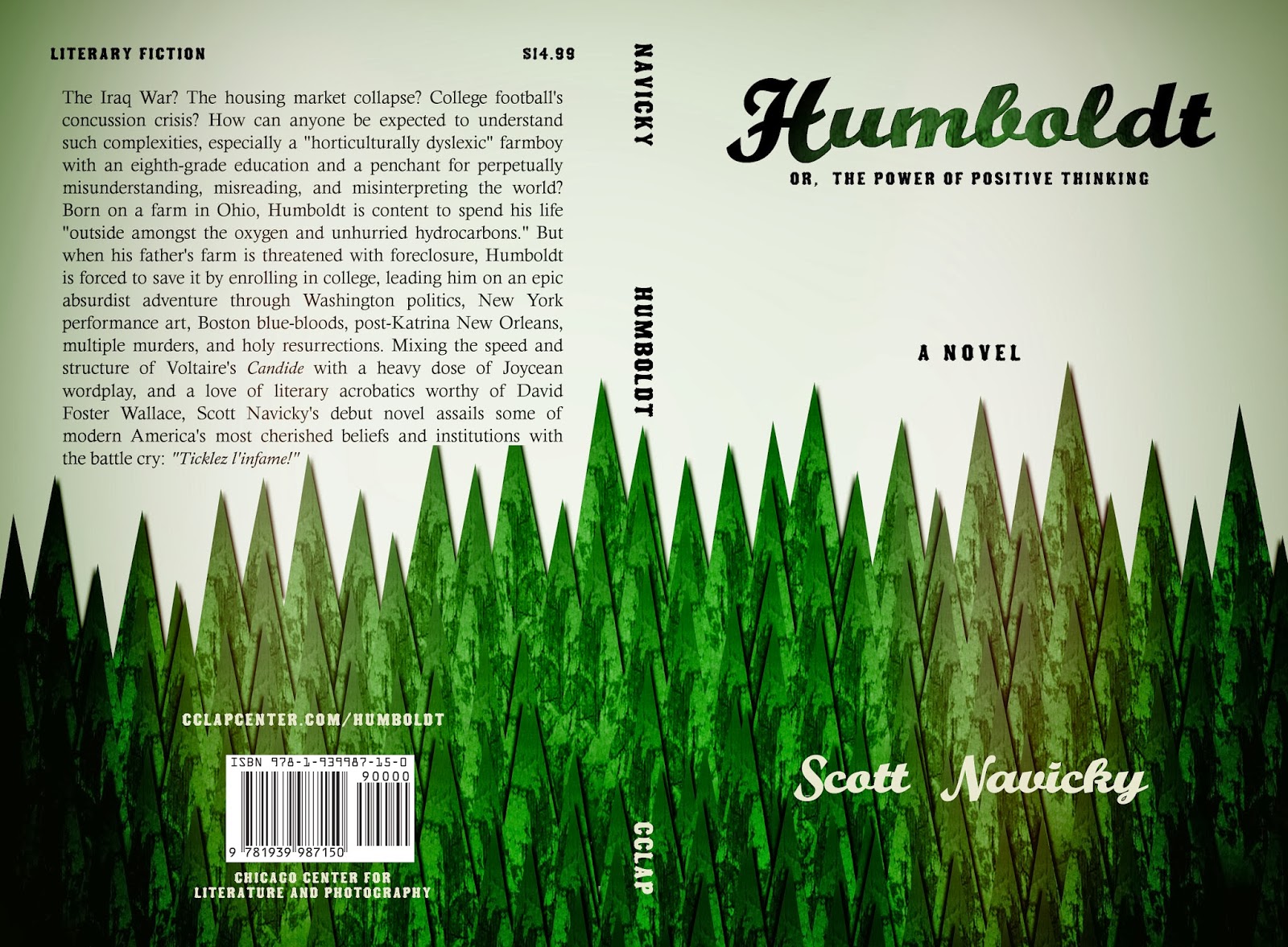 Humboldt was written by debut author Scott Navicky and is a creative, satirical spin on Voltaire's Candide. The main character, Humboldt, is a bit of a dim bulb (think Forrest Gump) with a knack for dumb luck. It's cheeky and challenging, and unlike anything CCLaP has put out before.

The Iraq War? The housing market collapse? College football's concussion crisis? How can anyone be expected to understand such complexities, especially a "horticulturally dyslexic" farmboy with an eighth-grade education and a penchant for perpetually misunderstanding, misreading, and misinterpreting the world? Born on a farm in Ohio, Humboldt is content to spend his life "outside amongst the oxygen and unhurried hydrocarbons." But when his father's farm is threatened with foreclosure, Humboldt is forced to save it by enrolling in college, leading him on an epic absurdist adventure through Washington politics, New York performance art, Boston blue-bloods, post-Katrina New Orleans, multiple murders, and holy resurrections. Mixing the speed and structure of Voltaire's Candide with a heavy dose of Joycean wordplay, and a love of literary acrobatics worthy of David Foster Wallace, Scott Navicky's debut novel assails some of modern America's most cherished beliefs and institutions with the battle cry: "Ticklez l'infame!"

The book brought in some great reviews so far

Like this one from Abby over at Chicago Literati:  ..."moving along at breakneck pace, every chapter reads like an episode in a great screwball comedy from the days of yore. One-half Forrest Gump and one-half Zeppo Marx, the titular hero is unlike any you’ve read before or are likely to read again, and that’s fantastic."

And this one from Monika of A Lovely Bookshelf on the Wall: "I was reminded of Candide, A Connecticut Yankee in King Arthur's Court, the naiveté of Don Quixote, and maybe even a bit of Monty Python. "

Katie, from Words for Worms describes the books as: ..."If A Confederacy of Dunces

and Fear and Loathing in Las Vegas

had a moderately dimwitted but incredibly lucky love child..."

You can read more about Scott and the book in this interview with Chicago Literati
and get behind the book with his Research Notes, which appeared over at Necessary Fiction.

And listen to Scott Navicky as he reads excerpts from the book:

(be sure to view on its youtube page to see more excerpts!) 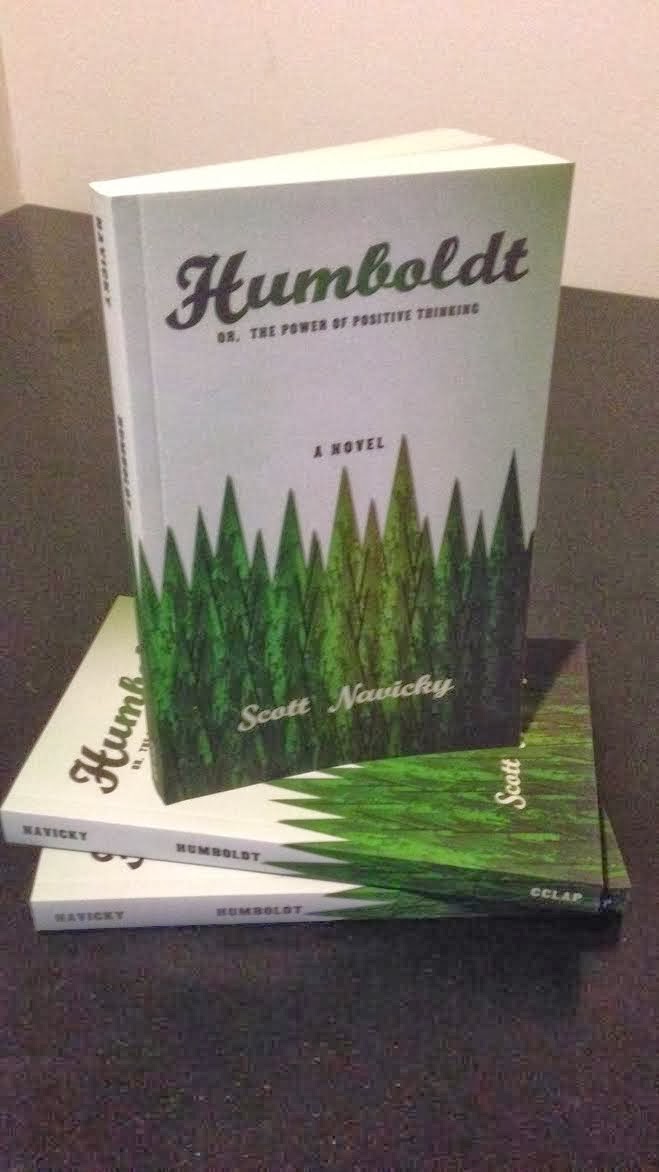 Humboldt, or the Power of Positive Thinking can be downloaded for free at its publisher's page (and a really super-cool annotated version will be available soon, for those of you who want more behind-the-scenes "footage" as you read), or purchased as a gorgeous paperback! Of course, the book is also available as a handmade, hypermodern hardback, but due to its size and length will cost you a pretty penny more than those we've sold in the past.