Sara Habein's Would You rather


Sara Habein
Would You Rather... 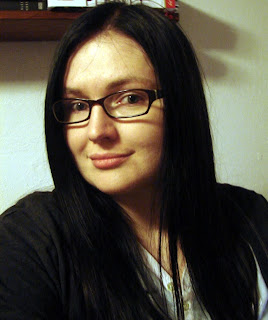 Feet. I may be able to touch my nose with my tongue, but I don't think its dexterity extends to holding a pen. Also, licking a computer in order to type sounds … gross. Feet it is, then! I'd make it work.

I would definitely prefer a long string of moderate sellers because I've got more than one story in me, and it would be frustrating to only have one of them take off into the world. I certainly wouldn't turn my nose up at a giant bestseller, but a long string would be preferable.

I'd rather be well known now. I don't need to be considered a genius. If I can do my thing and people continue to enjoy it, then that would be good with me.

So I think I would like the challenge of having ever sentence beginning with a conjunction. But could I sustain that over an entire book? And then there's the challenge of there being only so many conjunctions. Yet I would prefer doing this over losing them entirely. Because you see what I did here with just this short answer, yes?

My all-time favorite book is Mysteries of Pittsburgh by Michael Chabon, so it would take up less real estate on my body than some of my other favorites. Because I have days where I am a bit sensitive to noise, I'd think I have to go with the tattoo by default.

While it would be tempting to write the crappy book and then turn it into performance art during all the press interviews, I know I'd rather write the book I believe in.

Character, definitely. Characters do not have to be likeable.

Isn't my skin already covered in Mysteries of Pittsburgh? So I suppose that makes it to where I'd have to use my blood, though maybe I'd make it go a little further by cutting it with water. Besides, tattoo or not, my body won't be around forever, but blood-ink on paper can be passed along.

Oh, both of those sound quite fun, in their own way, but I'm quite happy with my life. The characters can escape the page because my novel involves a really great rock band, and I'd love to hear what those songs sound like. I'd rather be friends with my characters, flaws and all, than be them.

I could get used to no punctuation or capitalization, but it would annoy me to think of the right word and not be able to use it because it has an E. Isn't E the most common letter in the English language?

Banned books do get a lot of press, but I'd rather it be taught. Infinite Disposable is ripe for all sorts of school projects — flash fiction workshops, using photography, theme, ideas on how we perceive life. I'd enjoy knowing that somewhere out there that a teenager was thinking about these things and also perhaps being saved from reading The Scarlet Letter.

The novel, whenever it gets out into the world, wouldn't be taught in high schools. Too much swearing with a splash of drug use.

Bring on Dylan Thomas. I think I might find him amusing.

Hell, my brain hiccups enough with the whole of the English language at my disposal, and speaking in haiku would further complicate that. Plus, it'd drive everyone nuts. Bring on the writing challenge, once more.

I would rather have a series in a language I couldn't read because if I'm stuck there, I'm going to need something to do, and I think I'd figure it out eventually.

They don't have to talk about it. Critics are one thing, readers are another. As long as people are reading it, and I'm happy with my work, that's fine.

Twitter does not need more of my rambling bullshit! Plus, I'd get myself in trouble, somehow, I'm sure. A voice in my head would be much more preferable.

A computer entirely or just for writing? If it's just for writing, I'd rather give up the computer. I could always hire someone to transcribe for me, and sometimes I do better thinking on a pen and paper anyway.

But if you're taking away my internet too, then I will cry about it and hand you my many notebooks. And then cry some more. Hardly anyone would know anything about me without the internet, and I'd lose friendships with so many people.

I've got both chronic fatigue syndrome and fibromyalgia, so I'm pretty sure it'd be near impossible for me to do tippy-toes — unless I was only writing a couple sentences per day. Give me a nice lie down instead.

I'll read to just the staff of the bookstore, if need be. It's fine. The nakedness resistance is part embarrassment, yes, but also, that sounds chilly.

Give me a compelling story! I can look past poor writing if I am really into what is happening. Good writing is of course fantastic to have, but you need to be saying something with all those pretty, pretty words.

Would you rather write a bestseller anonymously, or a moderate-seller under your name. (And no one can ever find out that you wrote the bestseller!)

Would you rather have to give a reading about the worst thing you ever did (with your parents in attendance),
or would you experience that worst moment all over again?

Sara Habein is the author of Infinite Disposable, a staff writer for Persephone Magazine, and book reviewer at GlorifiedLove Letters. Her work has appeared in Little Fiction, The Rumpus, and Pajiba, among other venues. She is the editor for Electric City Creative, an arts promotion organization based out of Great Falls, Montana.