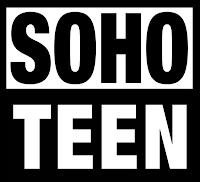 It's the return of the Indie Book Buzz here at TNBBC. Over the next few weeks, we will be inviting members of the small press publishing houses to share which of their upcoming releases they are most excited about!

(the first in the Books of Eva series, October 29th)
Ah, Relic! My favorite book we’re publishing this Fall, featuring a medieval society familiar to epic fantasy readers—but this society actually exists in our future. After a catastrophic flood destroyed most of the population and subsequently froze, the Aerie chose to reorganize at our North Pole as a medieval society, believing that technology is what brought their ancestors to grief. And so they’ve remained for more than 400 years. This is a fantastic mix of the intrigue and high stakes that people love about Game of Thrones and the pulse-pounding thrills from dystopians like Divergent—I especially like that comparison because like Tris, Eva doesn’t start out a hardened warrior—she has to step up and make it happen in order to survive.

About the book: When Eva’s twin brother, Eamon, falls to his death just a few months before he is due to participate in The Testing, no one expects Eva to take his place. She’s a Maiden, slated for embroidery classes, curtseys, and soon a prestigious marriage befitting the daughter of an Aerie ruler. But Eva insists on honoring her brother by becoming a Testor. After all, she wouldn’t be the first Maiden to Test, just the first in 150 years. Eva knows the Testing is no dance class. Gallant Testors train for their entire lives to search icy wastelands for Relics: artifacts of the early 21st century, when The Healing drowned the world. Out in the Boundary Lands, Eva must rely on every moment of the lightning-quick training she received from Lukas—her servant, a Boundary native, and her closest friend now that Eamon is gone. But there are threats in The Testing beyond what Lukas could have prepared her for. And no one could have imagined the danger Eva unleashes when she discovers a Relic that shakes the Aerie to its core.

This is a lyrical, lushly written historical set in the punk-tastic early ’80s in NYC, a new breed of spy novel for lovers of the TV show The Americans, Bolshoi intrigue, and elements of the paranormal.

Marina has trained her whole life at the Bolshoi to debut as the Soviet Union's prima ballerina: an international star handpicked by the regime. But her mother, afflicted with a mysterious second sight, becomes obsessed with exposing a horrific state secret and is arrested as a political enemy, forcing Marina and her father to defect to Brooklyn, NY where Marina must navigate punk music, the burgeoning Russian mob presence in Brooklyn, Juilliard, and terrifying visions of her own.

Elizabeth is an absolute delight and perhaps the coolest human I’ve ever met. I hang out in Williamsburg. I know hip. But she puts me to shame. Originally from Virginia, she now lives in Brooklyn (where she belongs). She settled there after a stint in Moscow just after the collapse of the USSR, studying ballet at the Bolshoi. So the details in both the US-set and the Russian portions of the book are just spot on. Also, secret note? The cover model is one of our former editorial assistants—we just bought her some pointe shoes, sent her out to Brooklyn with Elizabeth and they had a blast.

Meredith Barnes is Senior Publicity Manager at Soho Teen, an imprint of the proudly independent publisher  Soho Press, as well as a habitual defector (ex-Texan, ex-lit agent). Always a bit of a nomad, her reading tastes range from literary fiction to science fiction to pizza cookbooks—and she’s helped sell all of these at one point or another.