Ryan W Bradley's Would You Rather


I hope you have as much fun reading their responses as I did!! First up:


Ryan W Bradley,
Would You Rather... 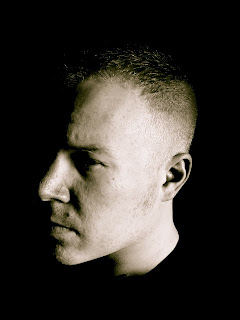 My tongue, and it being me I’m not sure I need to elaborate.

I tend toward the “go out in a blaze of glory” attitude, so I think I’d rather have one giant bestseller.

This is hard for my ego to decide between. On the one hand I’d very much like to be considered a literary genius, though I find this unlikely. And if I’m dead I couldn’t really enjoy it anyway, so I’ll take the well known author now option, I want to soak that in before I die.

Not using conjunctions would change the tone of my writing quite a bit, I think, so I’ll go with beginning every sentence with one. I’m pretty sure I could make that work with some practice.

It’s a good thing my favorite novel is short. I’d totally have it tattooed on me, small text though, and then as I got old it would just be a block of black ink.

There are days when I think I would happily sell out, but honestly, I’ve tried to write “commercially” and it just doesn’t work for me. I write what I write because it’s what I’m compelled to write, so I guess that has to be my choice here, though I’d like to pick money over integrity.

I hate a lot of my plot twists and characters. I try to write things that make me uncomfortable. If I could only do one I guess I’d pick a character I hated, because my stories hinge on the people and their interpersonal relationships.

Well, I am partial to being tattooed, so using my skin as paper doesn’t sound so bad. On the other hand I’m not much fond of bleeding, so having to tap into my blood to write with is not such a fun idea.

I’ve been a character in my novel. Not sure I need to do that again. Could be entertaining to see them come to life as long as they keep me out of their dysfunction.

Too many words use the letter e. The lack of punctuation and capitalization (at least in my fiction) would bother my obsessive compulsive nature, but seems, in the long run easier to deal with.

Well, having my books banned seems incredibly plausible. Though I’ve heard tell of Code for Failure being talked about in college classes, I even visited a class to talk about it a year ago. Both options are flattering in their own right.

Don’t think I could be in the same room with Rand, and being hit on is great for my ego. This one’s a no brainer!

I don’t mind being quiet, so I’d probably do all right speaking only in haiku. Most people wouldn’t notice anyway, right?

Would you rather be stuck on an island with only the 50 Shades Series or only the BLANK series?

Well, if I’m seriously stuck on an island and all I have with me is a book series, I’m probably going to get more use out of 50 Shades...

No press is bad press, right? I go into everything I do expecting people to dislike it, so I feel pretty prepared for bad reviews. On the other hand, getting no attention whatsoever is bad for my ego.

No one would talk to me if all my thoughts got tweeted. And I have a pretty solid inner narrative going all the time anyway, so I’m pretty used to that.

Pens and paper. No hesitation. I could go without writing by hand pretty easily I think. You know, aside from my signature, of course.

Lying flat? That’d be tricky. Tippy-toes would be tough but more manageable I think. Until I’m crippled by arthritis or something.

Sometimes reading in front of a crowd feels like reading naked. And not having any audience is bad for the ego. So...

Written well, hands down. Bad writing annoys me, and sets me into “editor” mode. When I’m reading for pleasure I want to read something I can get engrossed in and there’s way less chance of that happening with something that is poorly written.

Check back next week to see what Jessica Anya Blau would rather...
and see her answer to Ryan W Bradley's bonus question:

Ryan W. Bradley has fronted a punk band, done construction in the Arctic Circle, managed an independent children's bookstore, and now designs book covers. He is the author of a story collection, PRIZE WINNERS (Artistically Declined Press, 2011) and a poetry collection, MILE ZERO (ADP, 2013). His novel, CODE FOR FAILURE was recently re-released by Civil Coping Mechanisms. In September, 2013 Concepcion Books will publish THE WAITING TIDE, a poetry collection homage to Pablo Neruda. He received his MFA from Pacific University and lives in Oregon with his wife and two sons.
Posted by TNBBC Super Mod at 5:00 AM