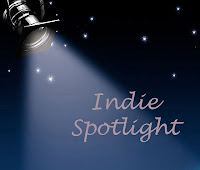 If there is one thing I love to do, it's promote the pants off of awesome small press and self published literature. Especially when the said awesome literature is in need of a big kick to get itself out there.

Today, I'm letting Gabriel Böhmer take the reins and talk about our evolution from imaginative apes to creative humans to dung beetles. What, you say? Read on, it'll all make sense, I promise.....

You, my friend, are a beautifully creative monkey. And I love you for that. Alright, monkey is not quite accurate. Ape or primate is technically correct. It doesn’t have the same ring though, does it? But anyways, this is how I figured this out. How I’ve explained to myself drawing sounds on paper, or typing them into computationally able light-boxes. See, we’re all capable of being amazing imaginative creatures. We just need to figure out how, and in what.

Let us consider my amateur anthropological summary of ingenuity over time and its role in our development.
Creativity comes in many forms. Yes the musician and the painter and the writer, but also the medical scientist. It’s the most fundamentally human thing: an idea that presents an alternative to a familiar sequence. It’s what advances us. What’s more, creativity informs creativity. New ideas in different disciplines don’t necessarily influence, but they encourage.

I suspect we had music before a fully-fledged language. And they must’ve helped one another. Leading to better tunes, and more sophisticated communication. Which lead to strategic advancements in hunting. And then more meat. And then more time to paint in caves. And so on and so forth.

So the way I see it is this: if you have the opportunity, you’re obligated to maximize creativity. And this brings me to writing and making things. I could be wonderfully mediocre at a few professions. But I’m just a bit better at stories and pictures. I’m not saying I’m any good. That’s not for me to decide. But this is me maximizing my capacity for creativity.

Good writing fascinates me. We’re introduced to a world, and then we draw our own conclusions. The author has a point, but they have to dance around it. If it’s laid out like a hypothesis—if we’re told instead of shown—the most lovingly far-fetched story becomes an essay. This balancing act is mesmerizing. Especially when the surface story is satisfying in and of itself. I love consuming, and making, and dissecting, these puzzles. Writing down line-by-line what Borges or Hemingway did is a good time. And seemingly simple stories always turn out to be beautifully, methodically, and painstakingly constructed.

There’s just something about a primate mimicking the complexity and casual randomness of nature that is very special.

Not counting short stories, I’ve written a book or play every 18 months for the past 10 years. Sometimes these things would turn into films. But they all ended up the same way: in a dark closet. And I was happy with that. But I’m not anymore. What good is maximizing creativity if you don’t give it the chance to inform creativity? I’ll tell you, it’s not worth a damn.

We arrive at present, and my book Beetle Days. It’s not out yet, but it’s on the way to being self-published. Hopefully, with the help of some backers through Kickstarter, which ends February 15th. I decided it was time, because Beetle Days is mine. An effort that is distinctly my voice. And it’s mine in a particular moment in time. I’ll never think, or feel, exactly the way I did when I wrote it again. Beetle Days is a satire about the greed and herd mentality one so often sees today. Told as a fable of talking sheep, people, and dissatisfied beetles. Beetles that steal things whilst mouthing off.

So, I’ve qualified how I came to writing, why I want to publish this thing, and a little about the idea. But where the hell did it come from?

Well, I’d been calling people dung beetles for a while. I don’t remember why exactly. But I suppose there’s a rudimentary appeal in comparing individuals to something that spins crap for a living. In truth, this is completely unfair. Dung beetles are very useful and kind ecosystem contributors! They recycle nutrients in soil, and make it more hygienic. But regardless of this, as time went on I was calling more and more things dung beetles. Individuals, places, objects, and concepts.

But, one morning in a French café in Zurich it happened. I was so sleep deprived that everything became a little fuzzy. I intended to write about an unpleasant neighbor. But, for some reason I only wrote about beetles. I completely left the ‘person’ bit out. And I’ve never stopped since. It quickly became about much more than an irritation. Written, near-compulsively in 30 days, it fed on thoughts concerning the supply chain of food production, economic manipulation, and contrarian psychology.

Beetle Days is my capacity for creativity. I hope you maximize yours. And I look forward to your ingenuity informing mine. You beautiful monkey, you. 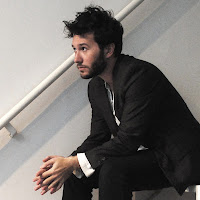