We've been putting our own little spin on Top End-of-the-Year Lists for four years running. In the past, we had asked small press authors to share some of their favorite reads from the year. This year, we're shaking things up again and asking our review contributors to share theirs.... 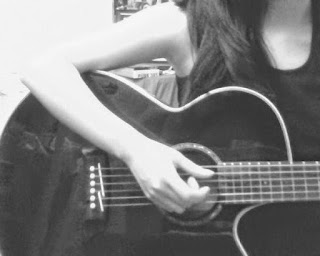 This year was a big one for many of my favorite writers who have refined their narrative voices and produced some of the most original, intense, and darkly beautiful novels circulating the scene today. I'm pleased to announce my top 3 selections of 2015:

Tanzer's token humorous and crisp narration presents an intimate glimpse into the lives of writers, runners, sons, brothers, husbands, and fathers. We have the privilege of seeing some at their most honest and vulnerable and others as they make mistakes, come of age, regress in maturity, and carry forward hope that they will make better choices next time.

Nail-bitingly creepy and crammed with tension so thick you need an emotional machete to hack through (or maybe just a Xanax), Holic produced a contemporary graphic novel of unparalleled personality and edge.

No Tears for Old Scratch
Ken Wohlrob
Full Review at Small Press Reviews
A bizarre and sociopath of a stranger blows into Smalltown, USA and disrupts the delicate yet mundane balance. Electrifying narration and weird details make for one darkly wild ride. 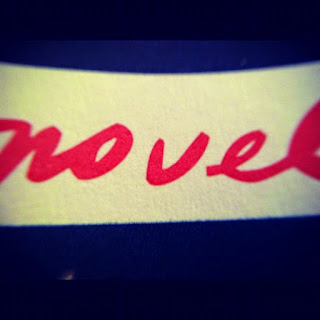 The Making of Zombie Wars by Aleksandar Hemon

I don't think anybody, maybe even the author himself, expected Sasha Hemon's next book to be an indie comedy... but here we are and here it is and we're better for it. Laugh-out-loud hilarious and indelibly rendered, it's not life-changing in the slightest - largely why I think it slipped off the radar pretty quickly - but it's a damn good time and lord knows we need more of those.

Girl at War by Sara Nović

A beautiful debut novel, showcasing an incredible young talent. Nović is writing about war and the psychological repercussions of violence (physical, territorial, emotional) in ways that people twice her age should be taking notes on. I'm surprised that this one didn't get more accolades this year, but am confident that Nović's time will come.

One of the nicest guys in publishing turns out to be a cracking good fantasy author, too. Inked is the first book in a series and Smith delivers a cool twist on magic while keeping things accessible and fun. This was my go-to rec for teens this year and I hope the series gains in audience as it goes along! 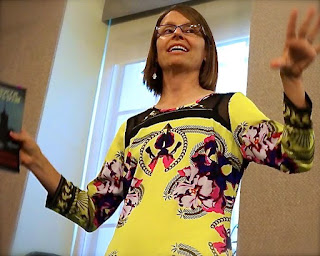 Bronwyn's Most Highly Recommended Books of 2015:

I’ll start with three books I reviewed here on TNBBB:

A heartbreaking World War II mystery with a linguistic twist.

A slim volume of stories that is as much about trains, rain and the role of birds in Odessan seafaring as it is not.

Us Conductors by Sean Michaels

A fictionalized account of the life of the man who invented the theremin, the only musical instrument that is played by not touching it: a perfect metaphor for his doomed love for Clara Reisenberg.

The audiobook of The Moor’s Account by Laila Lalami was also terrific.
I’ve been a fan since Lalami's Hope and Other Dangerous Pursuits was first published by indie press Algonquin Books. Really, you can’t go wrong by reading everything she’s ever written.

I absolutely devoured Zazen by Vanessa Veselka (reviewed here in 2011).
It’s like Portlandia except wonderfully dark and serious, and yet also hilarious.
It seems even more timely today than when it was first published. 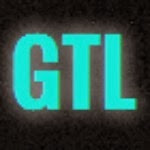 Jillian Tamaki released these comics, each about a page long, on her website before they were compiled into this book. There are several reoccurring characters who attend a prep school. Many of the students seem pretty normal, while others have obvious magical talents. These teens are deep and adolescent, funny and pensive.

Jenny Lawson’s follow up to her 2013 memoir Let’s Pretend This Never Happened was a must-read this year. Known around the web as “The Bloggess,” Lawson is a writer who has a way of creating dialogues about mental illness in language that gets you thinking. Meanwhile, you’re laughing at her obsessions with taxidermied animals and watching her husband Victor suffer the decisions of his unique wife. You can read my review at Grab the Lapels.

How to Knock a Bravebird Off Her Perch (2014, Bravebird Publishing)

D. Bryant Simmons is a do-everything woman. She’s an activist, publisher, and writer. Her Bravebird series starts with the story of a woman who marries young and struggles with staying or leaving her husband, who knocks her around when he’s in the mood. The book isn’t your typical domestic abuse novel; Simmons has a way of making you question every characters’ decisions, from the wife to the husband to the children in a way that realistically blurs the lines of good guy/bad guy. You can read my review at Grab the Lapels.

Joann Sfar’s graphic novel was originally published in French and later translated into English. His charming cat is inquisitive, kind, and cruel—basically, like a real cat. The story digs into religious philosophies, how families and individuals change, and makes you laugh along the way. You can read my review at TNBBC.

Melissa Unger’s rather small novel is one of those surprising stories that you can never get a bead on, making for lots of interesting turns of events. After one man has not eaten food for 15 years, he heads to France, food capitol of the world, to understand his condition. There, he meets one person who will challenge him to consider the problems of others. It’s a novel that seems more about metaphor than reality written in post-modern tradition. You can read my review at TNBBC. 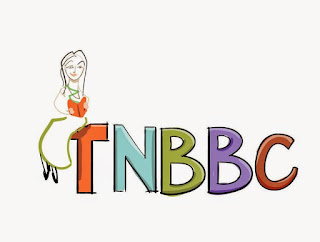 The Only Ones by Carola Dibbell

The Only Ones was one of many post-pandemic novels I was itching to get my hands on this year. It hinges itself on more than just surviving the unsurvivable. It tackles more than just rebuilding society. Dibbell's novel sticks its hands into the evolutionary food chain and calls into question the roles of man and god. It's a story about understanding your worth and overcoming your "heritage". It's about embracing motherhood, even if you don't know what that is, and the near-obsessive desire to give your children a better childhood than you had. I loved the language of the book. And Carola eases us into it so smoothly, it's like we've been talking her lingo all along.

A Shelter of Others by Charles Dodd White

Within its pages, Charles Dodd White has penned a stark, gritty novel of love and longing, violence and protection, of things said but not spoken, of the ghosts from our past haunting our present. It's gothic in feel and raw in its language, every sentence like a sucker punch, felt in the stomach long after each page has been turned. It was a refreshing break from my recent post-apocalyptic and experimental lit binge. It reminds you just how powerful literary fiction can be at its very core, at its most honest - stripped of gimmick and genre. And I fan-girled all over the cover too.

The Z Club by JW Bouchard

There is nothing better than picking up a book with the intention of reading just a few lines on that first page to test it out, when the next thing you know, it's four hours later and you've read the darn thing cover to cover. The Z Club is fantastically hyper-aware of itself and pokes fun at all of the very best things about the genre. Old school zombie aficionados will find a ton to love here. Complete with requisite groans of braaaaaiiiinsssss and a stupid-wicked stash of weaponry, our man JW does the zombie genre proud. We even get to watch our little band of small time heroes battle a big ass boss - as one does - because defeating swarm after swarm of brain eating, flesh slurping, rotbags isn't enough. Oh, and those deleted scenes at the end? Priceless! You can tell he had as much fun writing the novel as I had reading it. A hugely entertaining read all zombie fans should add to their lists, and a superb example of self publishing done right.

From gritty cover to grindhouse content, Andrew Hilbert's Death Thing is the best kind of revenge novel. An unrepentant gore-fest, Death Thing was an absolute delight to read. Hilbert is like the Simon Pegg of slasher novels. He's grindzarro horror (yes, I'm coining a term, part grindhouse, part bizarro horror), where the characters are actually characters, with, you know, real personalities and stuff, that do some pretty fucked up shit and keep us glued to our seats, turning the pages just to see how much more fucked up things can get.

Moon Up, Past Full by Eric Shonkwiler

Eric Shonkwiler is quickly making his way up my list of all time favorite authors.Eric continues to astound and amaze me with the way he lifts the Midwest up and off the page. His characters climb right out of his stories and plop down next to you on the couch. They are speaking directly to you. They shrug and hold their palms up. They demand your forgiveness. They play on your humanity. They got a shit deal and they played it the best way they could. They are all running from something. And they are all running towards something else. And in the end, we are left wondering whether the past they are leaving behind would have been better than the future they are barrelling headfirst into.