Robin Raven's Would You Rather


Robin Raven's
Would You Rather 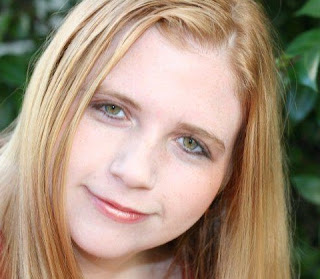 Would you rather start every sentence in your book with ‘And’ or end every sentence with ‘but’?
Oh, that’s a tough one. I’m going to go with the “And” scenario. I’m cringing, though, let me tell you.

Would you rather write in an isolated cabin that was infested with spiders or in a noisy coffee shop with bad musak?
Oh my, anything but spiders! I’ll take the noisy coffee shop. Bring on the musak. I’ll even sing along. It’s noisy in there anyway, right?

Would you rather write the best book of your career and never publish it or publish a bunch of books that leave you feeling unsatisfied?
Well, not to cheat out of a real answer, but I’d choose to publish a bunch of books that left me unsatisfied as long as they were actually good. I can be insecure, so I could imagine that, even if I wrote a masterpiece, I may not be fully satisfied.

Would you rather have everything you think automatically appear on your Twitter feed or have a voice in your head narrate your every move?
I’ll go with the voice in my head narrating my every move. I’m pretty patient, and I’d hope that wouldn’t get on my nerves too badly. Maybe it would feel like I was in the middle of a movie. Perhaps a boring movie, but, ya know. What can you do?

Would you rather your books be bound and covered with human skin or made out of tissue paper?
I would choose the tissue paper for sure!

I’ll choose the latter. I hope and pray that never happens, though! That’s one of those things every writer fears, I think. Ask me this again after I’ve been lifting weights for a few months. I’m just getting started with that.

Would you rather your book incite the world’s largest riot or be used as tinder in everyone’s fireplace?
I’m going to go with the riot as long as it’s non-violent and for a great cause.

Would you rather give up your computer or pens and paper?
Although I wrote exclusively with paper, pens, and pencils for a long time, I’d go with giving up pens and paper. I rely on my computer so much now as a writer.

I will go with having each word tattooed on my skin. I don’t have any tattoos at the moment, so that would be a first experience.

Would you rather meet your favorite author and have them turn out to be a total jerkwad or hate a book written by an author you are really close to?
I’ll go with the second scenario. I’ve been very lucky to meet some of my heroes, and luckily none have turned out to be jerkwads.


I’d go with a book that continues to sell well after I’m gone. I’d love to write a book that resonates with people beyond my lifetime. One of the biggest thrills that I’ve experienced from the publication of my first novel is hearing from people who were touched by it. So I would love it if people would continue to read it and get something out of it.

~~~~~~~~~~~~~~~~~~~~~~~~~~~~~~~~~~~~~~~~~~~~~~~~~~~
Robin Raven is the human who once belonged to the greatest dog that ever lived. "Next Stop: Nina" is Robin's debut novel. She has several other works of fiction that she hopes to share in the near future. Born in Mobile, Alabama, Robin grew up in a nearby town called Saraland, and her hometown is a lovely place that still inspires her. As an adult, Ms. Raven has mostly lived in Los Angeles and New York City, so she also considers those cities to be home.
Robin blogs at RobinRaven.com and often has her nose in a book. If she's not reading or writing, you can probably find Robin daydreaming about adopting a rescue donkey. Delicious vegan food rocks her world. So does effective altruism. In addition to being an author, Robin has worked as a professional actress. She loves to connect with fellow writers and readers, so feel free to say hi to her on social media.