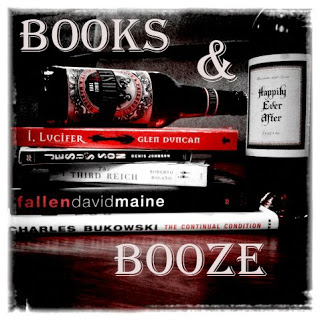 Today, Michael Keenan Gutierrez is pairing up the characters from his novel The Trench Angel with all manor of drink: 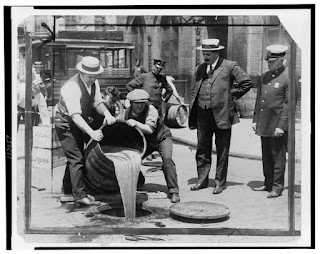 The Trench Angel is mostly set in 1919 Colorado, a state that went for prohibition four years before the United States made it the law of the land. Yet, the characters—like many people from that time—found a way to drink, whether it was bootlegging alcohol over state lines or constructing simple backyard stills. Who wouldn’t, considering the lack of antibiotics, central air conditioning, and reliable birth control?

Enter a central setting of the book: McGuffey’s Tavern, housed under a butcher shop and the only surviving drinking establishment after prohibition--mostly because it is the police department’s favorite after hours meeting house. Inside you’ll find coal miners and journalists, criminals and cops tossing one back. When my characters step inside here, this is what they order.

Neal Stephens—the former war photographer isn’t a dilettante as far as his alcoholic choices go. During the course of the novel, he drinks beer, rye, bourbon, red wine, and even Madeira, when it’s free. His preference though, in my mind, would be gin. No ice. Not shaken. Not stirred. No olives or lemon wedges. Warm gin poured into a warm glass or straight out of the bottle if no glass is handy. It’s utilitarian and easily passes for water if he has to be out in public. But unlike water, it softens the sins of the world and doesn’t give you cholera.

Jesse Stephens—the anarchist thief and Neal’s father is much like his son, a man with a wide variety of distilled appetites. And yet he appreciates the finer things in life, otherwise he wouldn’t bother taking them. For him, it’s got to be scotch. Good scotch. The kind you have to wait for - not just the 18 years it takes to mature, but at least a good hour waiting at the fence for all the lights to go out in a big mansion house, 5 minutes to force a window, and 15 minutes convincing the maid she'd be better of splitting a bottle with you than risk disgrace being caught kissing a strange man in the pantry. 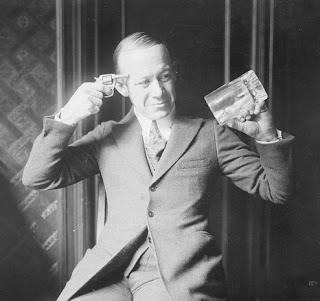 Tillie Stephens—Neal’s sister appears to be teetotaler on the page, but deep down I’ve always seen her as a sherry girl. Port if it’s handy, but she’d like a glass of sherry after a long day of work. A simple drink for Anglican ministers and those with middle class pretensions.

Mattie Longstreet—another thief, but a book lover from Kentucky with a sharp tongue. I see her concocting an Old Fashioned, perfecting her ratios and particular about her bitters.  She’s too rough and tumble to go for a mint julep, but an Old Fashioned, on the other hand, looks on the level from the outside, but hits like brass knuckles when you get to the bottom of the glass.

Michael Keenan Gutierrez is the author of The Trench Angel and earned degrees from UCLA, the University of Massachusetts, and the University of New Hampshire. His work has been published in The Collagist, Scarab, The Pisgah Review, Untoward, The Boiler, and Crossborder. His screenplay, The Granite State, was a finalist at the Austin Film Festival and he has received fellowships from The University of Houston and the New York Public Library.  He lives with his wife in Chapel Hill where he teaches writing at the University of North Carolina. His website is michaelkeenangutierrez.com
Posted by TNBBC Super Mod at 8:21 AM