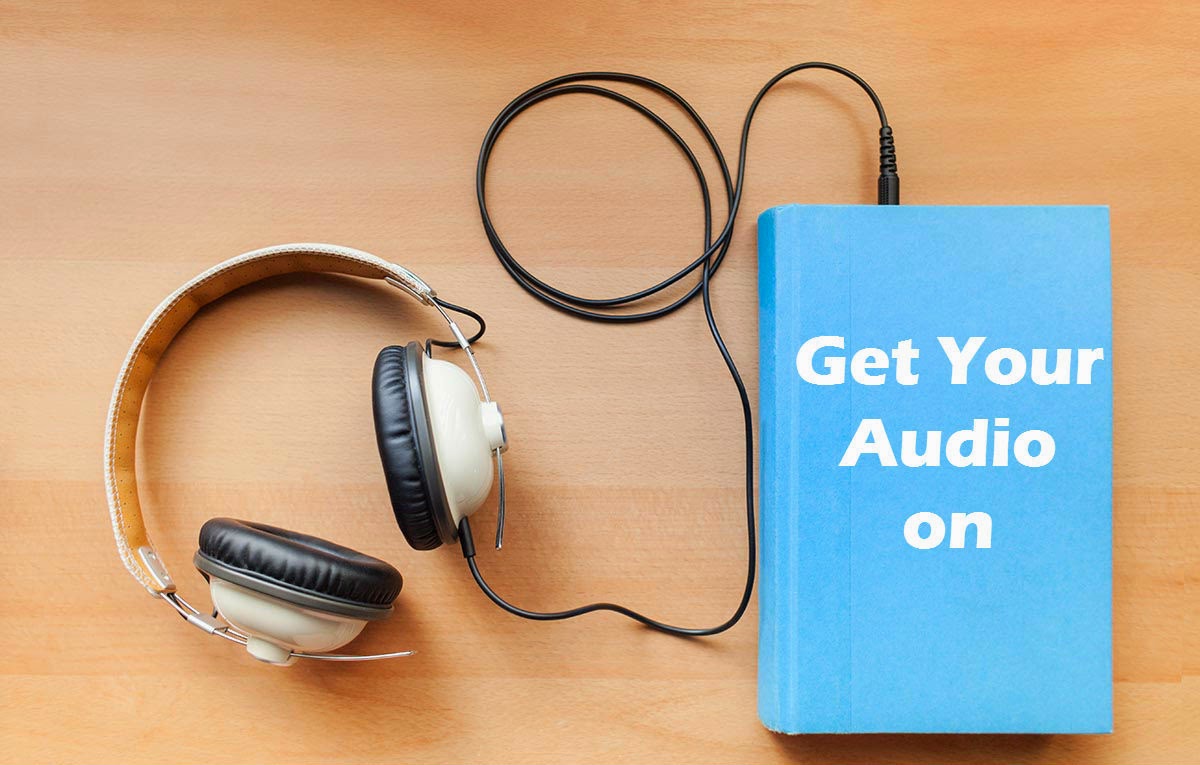 A few weeks ago, I blogged about how to read a lot more without reading a lot. And one of the ways I recommended doing that was by going audio.

For the longest time, I wasn't a fan of audio books. When I drive, my mind tends to wander and I would find myself losing the thread of the stories I was listening to after only a few minutes. Then I'd have to go back to the last part I remember hearing and listen again. Sure as shit, after another few minutes, I'd realize I hadn't been listening again. (sound familiar?)

I was also INCREDIBLY unsatisfied with the narrators I was listening to. Some were too robotic, others had distracting accents. Or I'd get a double-whammy - a robotic narrator with a distracting accent! I'd catch myself mentally mumbling away about how icky their reading was, and yup, you guessed it, I'd missed part of the story again...

Then, in 2011, I listened to City of Thieves, narrated by Ron Perlman. The story, the narration, the whole shebang! It was heaven! And I've been a hardcore audio book fan ever since.  Sure, it took me awhile to find my groove - what kind of books work best for me on audio? What narration style do I prefer? - but by the middle of 2012, I was knocking out audio books on my weekend commutes to and from work like it was nothing.

Initially, I was buying my audio books on CD from a roaming book distributor when they had warehouse sales. But the hubs and I were constantly trading cars for work, and every time we switched cars, I'd lose my spot on the disc and spend a good five minutes of my drive seeking out the place where I'd left off.

Then I discovered Audible and Downpour - two digital audio book distributors. God, what a difference the digital downloads made! Stream them right from the app on my phone through my car's bluetooth and never worry a bit about losing my place.

If you're on the fence about going audio, or aren't sure whether Audible or Downpour is right for you, check this out: 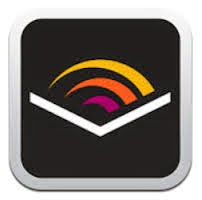 Audible.com is part of Amazon Inc. (but you knew that already, right?). They have a membership program (1 book @ 14.95 a month, or 2 books @ 22.95 a month), or you can just purchase books from them strictly on a need by need basis. And they have an app for every device which is really simple to use. But they don't have an easily accessible way to view audio book sales, if they do run sales, unless I am overlooking it....? Hmmm...


Here are some samples of the small press literary fiction titles they currently have available:

Huddled beneath the volcanoes of the Kirishima mountain range in southern Japan - also called the Fog Island Mountains - the inhabitants of small town Komachi are waiting for the biggest of the summer’s typhoons. South African expatriate Alec Chester has lived in Komachi for nearly 40 years. Alec considers himself an ordinary man, with common troubles and mundane achievements - until his doctor gives him a terminal cancer diagnosis and his wife, Kanae, disappears into the gathering storm.

Fugitive Colors is a gripping debut novel of an artist's indomitable vengeance after World War II. Julian Klein, a young American artist, rebels against his religious upbringing and is eager for the artistic freedom of 1930s Paris. He flees Chicago only to find himself consumed by a world in which a paintbrush is far more lethal than a gun. An artist turned spy, Julian at the same time competes with jealous inferior artists who feverishly attempt to destroy those with true talent.

Downpour's website is a breeze to navigate. They've got a drop down menu that shows you what's on sale now, what their Deal of the Week is, AND they feature these cool ever-changing package sales. They are also breaking new ground by offering audio book rentals - deeply discounted prices on thousands of audio books, up to 70% off. The only catch? The books remain in your stack for 30 days. After that, you lose access to them. But if you only "rent" when you are ready to read, it's a heckuva lot cheaper on the ole wallet. Downpour also has a membership plan - 12.99 (or one credit) per month - which is a bit cheaper than Audible's. Oh, and Downpour has an app too.

Their mission: offering a constantly growing selection of tens of thousands of audiobook titles, real value for your money, and DRM-free audiobook downloads. Experience our low everyday prices on every audiobook you download.


Here are some samples of the small press literary fiction titles they carry:

The characters in Mary Miller's debut short story collection are at once autonomous and lonesome, possessing both a longing to connect with those around them and a cynicism regarding their ability to do so, whether they're holed up in a motel room in Pigeon Forge with an air gun shooting boyfriend as in "Fast Trains" or navigating the rooms of their house with their dad after their mother s death as in "Leak." Mary Miller's writing is unapologetically honest and efficient and the gut-wrenching directness of her prose is reminiscent of Mary Gaitskill and Courtney Eldridge, if Gaitskill's and Eldridge's stories were set in the south and reeked of spilt beer and cigarette smoke.

Pastor Sheldon Long was born of the woods, raised in a secluded cabin by a mute mother and an abusive father who preached God's vengeance. Forced to take control of his own destiny, Pastor Long found God in his own way, melded with the mythologies of his mother's tribe. Now he's out to send the wicked, as he has judged them, to heaven. Steven, Pastor Long's son, is simultaneously pining for his former babysitter who has moved to Hollywood and crushing on nearly every girl he goes to school with. Soon his preoccupation with the opposite sex lures him into investigating a string of drownings that local police are declaring accidents.

Ryan W. Bradley's novella weaves religiosity and mythology into a tale of drugs, sex, and murder set against the frozen backdrop of blue-collar Alaska.

Echo Canyon is a disappearing pocket of wilderness outside of Bend, Oregon, and the site of conflicting memories for Justin Caves and his father, Paul. It’s now slated for redevelopment as a golfing resort. When Paul suggests one last hunting trip, Justin accepts, hoping to get things right with his father this time, and agrees to bring his son, Graham, along. As the weekend unfolds, Justin is pushed to the limit by the reckless taunting of his father, the physical demands of the terrain, and the menacing evidence of the hovering presence of bear. All the while, he remembers the promise he made to his skeptical wife: to keep their son safe.Benjamin Percy, a writer whose work Dan Chaon called “bighearted and drunk and dangerous,” shows his mastery of narrative suspense as the novel builds to its surprising climax. The Wilding shines unexpected light on our shifting relationship with nature and family in contemporary society.


So what do you say? Did these samples get your earholes tingling? Do you see more audio books in your future? Either way you go, you can't go wrong. Fiction vs. Non Fiction. Short stories vs. Novels. Big 5 vs. Small Press.... these guys have it all.

If you haven't already, go on and open accounts with these guys. Give your eyes a break and let your ears get in on the fun. It's time to get your audio on! And oh yeah... happy listening!!
Posted by TNBBC Super Mod at 5:00 AM