This is Greg Boose.

His Young Adult novel The Red Bishop was published by Full Fathom Five Digital in November, 2014. Greg is the former Los Angeles and Chicago editor of BlackBook Magazine, and his work has appeared on/in Chicago Public Radio, NFL.com, Time Out Chicago, The Huffington Post, McSweeney’s, The Believer, and others. He ghostwrote two New York Times best-selling YA novels in 2011 and 2012. He received his MFA from Minnesota State University Moorhead, and now lives in Santa Monica, CA, with his two young daughters. You can find out more at www.gregboose.com.


I admit to being one of those coffee shop rat guys who secures the best table the moment the OPEN sign is flipped around on the door. And, yeah, I’m one of those coffee shop rat guys who often overstays his welcome, but also one who orders something substantial and always tips. I’ve written at least half my books at these wobbly, sticky tables, and that’s because the hustle and bustle of customers and espresso machines make me feel like I’m a true part of the workforce somehow. Because everyone knows how lonely and unseen writing can be. Being a writer can often feel like being a ghost. 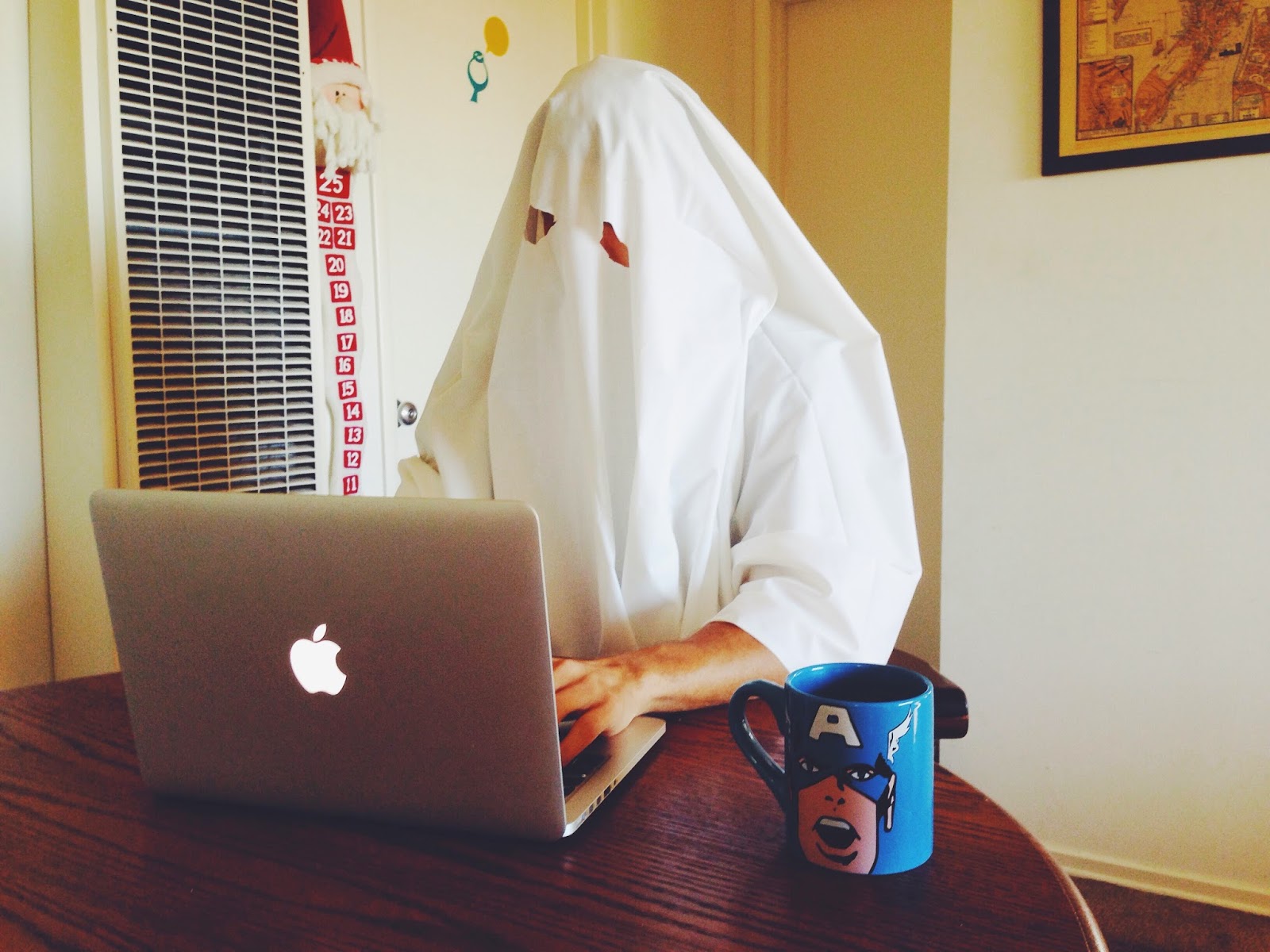 The first draft of The Red Bishop--a book that takes place entirely on Cape Cod--was written in a dozen different coffee shops in north Chicago: nice ones, divey ones, ones with an inch of slush melting across the scuffed tiles. These coffee shops were such a huge part of my book-writing process that they ended up infiltrating the pages of the book: 95% of the characters in the novel were named after Chicago train stations: names like Lake, Logan, Madison, Halsted, Kimball, Cermak, Rosemont, Racine, Laramie, etc. (See the little red boxes?)

But there’s always a closing time, or a barista giving me the “You’ve been here long enough, dude-with-the-patchy-beard” eye, so I eventually have to make my way home to my chipped West Elm desk and craigslist chair and still try to feel like I’m a part of the hustle and bustle.

I’m no longer in Chicago. Moved to sunny Santa Monica three years ago where the only slush is on some editor’s desk in the form of a wobbly pile of manuscripts. (Note to the editor sitting at that desk: READ MINE NEXT COME ON.) And the thing about being in Southern California is that there’s rarely a good reason to stay indoors. Because, let me tell you, it’s pretty nice out. Yesterday was nice, today is nice, tomorrow will be nice. So, to stay inside for a block of hours and toil away on a novel that no one has asked for or knows about, is kind of difficult. I can’t exactly look at a Midwestern blizzard of “thunder snow” raging out the window and tell myself it’s the perfect time to stay inside and write. 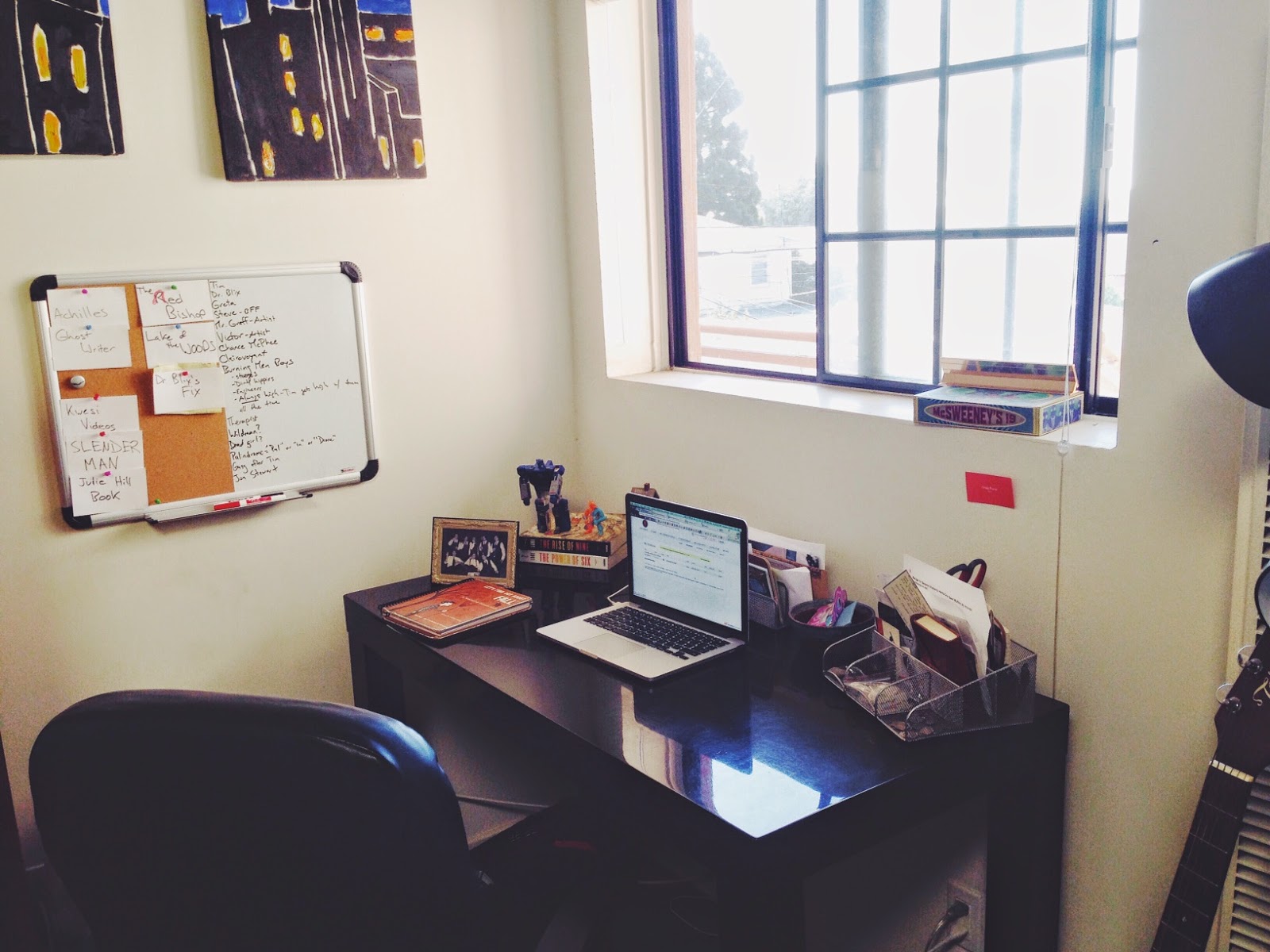 So, this is what I do: I turn off my wifi, turn on some spooky-yet-energizing Trent Reznor instrumental albums like the soundtracks for The Social Network and The Girl with the Dragon Tattoo, and I take a deep breath and shut the blinds. (Because palm trees.) And then I turn my wifi back on and mess around for a bit until either inspiration or desperation hits. This is where and how I write.
Posted by TNBBC Super Mod at 5:00 AM