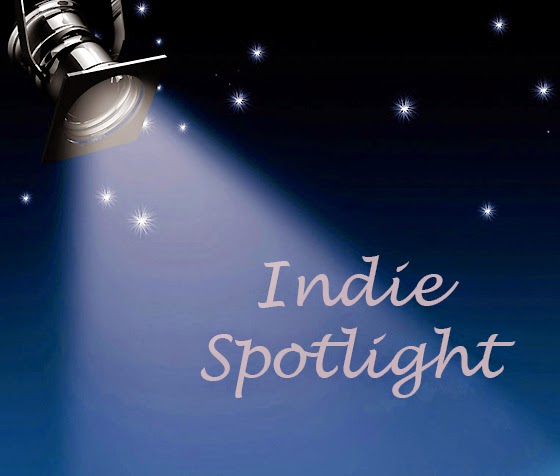 I love doing spotlights with small press authors. It's a great opportunity to get them talking about all sorts of behind-the-scene-y kinds of things with their books.

Take this one, for example. Sonia Taitz (no stranger to TNBBC) dishes on her newest release, Down Under, a fictional story of love and loss, which she claims is loosely based on Mel Gibson.

Take a peek at the three most common questions she gets hit with when she mentions that fact:

The Gibson Girl Speaks Out
When I tell people I’ve just published a novel loosely based on the life and loves of Mel Gibson, I usually get the same reactions:

I’ll answer each question in turn.
1.  I am not afraid of him. The Mel Gibson I know (not that I actually know him, but I’ll get to that) is – when not under the influence of alcohol or other distorting neurochemicals – a good, loyal, and kind man. Not to mention a multimodal genius. On top of which, he is known to be a good parent, and I place a great value on that.
2. Yes, I did hear what he’s said about his critics.  And there have been a few. When his movie “The Passion” came out, reaction was not uniformly positive. One of Mel’s most vociferous opponents was Frank Rich, former head theater critic for The New York Times, and now a cultural columnist on pretty much anything he likes. Or doesn’t like. Mr. Rich hated “The Passion,” and said so in bold black and white, in the paper of record.
Mel’s reaction to this negative, very public disdain was to say (and I paraphrase slightly):
“Oh, Frank Rich? I want to rip out his intestines and put them on a stick. And then, I want to feed them to my dog.”
That’s a critique in itself, I’d say – and nothing that I’d want to have directed at me, or my middle.  But I’ll make allowances. Mel’s world is macho, and his movies can be graphic. Have you seen what happened to Braveheart? Or what the ancient Mayans did to the unfortunates in “Apocalypto?” Add to this that the man may have felt beleaguered. At the time Mel made this comment about disemboweling his denigrators, he was inundated with criticism. He was peppered with daily buckshot. And this guy is not shy; he’s nothing if not outspoken. I think he was saying, essentially: “Ouch.” I don’t think Mel Gibson literally wanted to excise Frank Rich’s upper and lower intestines (including appendix and duodenum) and feed them to his Fido in a bowl.

On the other hand, I did feel some small misgivings when my brother, who lives in LA, reported sighting Mel at his gym, working out in the company of someone the muscle mavens call “Mr. Testosterone.” The possibility of androgen being given to this already slightly touchy man – a man with growing lats and delts – did not enhance my own sense of bodily safety.

Still, essentially, I feel my bowels and all my other parts are under no threat. And, to milk this metaphor to death, I think Mel Gibson likes people to have some guts. He does, so why can’t I? 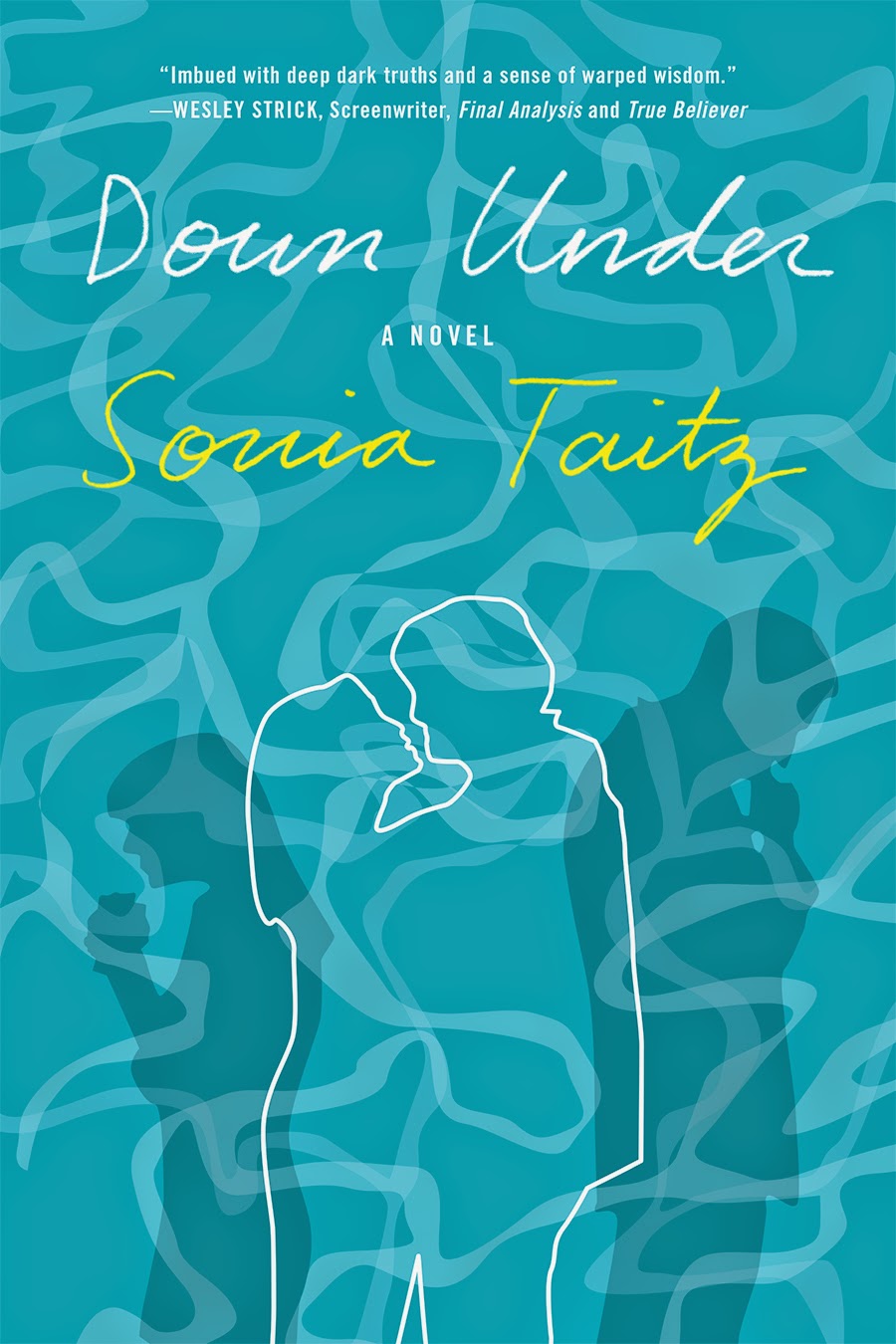 3.  I highly doubt that Mel Gibson knows anything about DOWN UNDER. I will tell you why. First, I explicitly warned my brother not to greet the superstar, mid-rep, hoisting iron and grunting, like this: “Oh, thought you’d wanna know. My little sis wrote a book based on you. She’s Jewish, the daughter of Holocaust survivors, so you know she might wants to start a war here.  And, funnily enough, she lives pretty close to your favorite person, Frank Rich.” (Note – Frank actually used to live in my building.) No, my brother heeded my request and said nothing.  Of course, he chatted to Mel, who was there day after day, but mostly about he-man stuff. Nothing that would lead to homicide, or even a slight tantrum directed at an innocent female scribe, however Semitic.

Second, no one knows much about any novel, unless it’s been written by Stephen King or Danielle Steel. (That’s why sites like this are vital in getting the actual good word out.) Even big media coverage doesn’t always change this calculus. I remember appearing on the “Today” show to promote my first book, large publisher and all. Katie Couric herself, in her heyday, interviewed me! I thought I’d have to wear shades for the rest of my life, cowering from the Kliegs, shouting “no photos, please!” Not so. Can you name that book? (It was . It is out of print.)

Third, and last, Mel and I had the chance to meet and speak, but we did not. Twice, he shot movies on my very block.  I watched him ambling around my corner of the world, catching some breezes and rays near his trailer.  For a moment, I thought of speaking to him, but knew that stars don’t like to be bothered, and that he was working. But I could tell Mel was a good guy simply by the way he treated others on the set. At that time, I’d been writing culture pieces for The New York Times for several few years. I’d interviewed lots of stars, not all of whom were as nice as they appeared. One who was not only nice, but intelligent and grounded, was Jodie Foster. This two-time Oscar winner has always remained loyal to Mel Gibson, even as others (former friends) ran for cover. Jodie was clearly a wonderful person herself, and her positive view of Gibson – staunchly expressed over recent years – says something about both of them.

If you add my two neighborhood sightings to the Foster connection (not to mention my brother as Mel’s gym buddy), I have practically met the man, right?

So, with that authority vested, what I want to say about my novel and Mel is this: DOWN UNDER has little to do with the “facts.” The story I wrote flowed out of my head. It’s my vision of what a man like him would have been like as a vulnerable boy. How he grew, whom he loved, what broke his heart, and the journey he takes to mend it. DOWN UNDER is fictional, down to the bottom. It’s true to my own heart, and that’s all it wants to be. There’s a touch of its magical source in there, but it’s like the twitching of a wand. A sprinkle of stardust.  Now you see him, now you don’t.

What Mel would make of the book is secondary, but I do hope that he’ll like it.

Sonia Taitz is the author of In the King's Arms (2011), a novel described as "beguiling" by The New York Times Book Review. Her last book was the prize-winning memoir, The Watchmaker's Daughter (2012), which was praised by Vanity Fair, The Readers' Digest, and People, featured on C-SPAN's BookTalk, and nominated for the Sophie Brody Medal by the American Library Association.
Posted by TNBBC Super Mod at 5:00 AM