Christopher Brooks' Would You Rather


Christopher Brooks'
Would You Rather 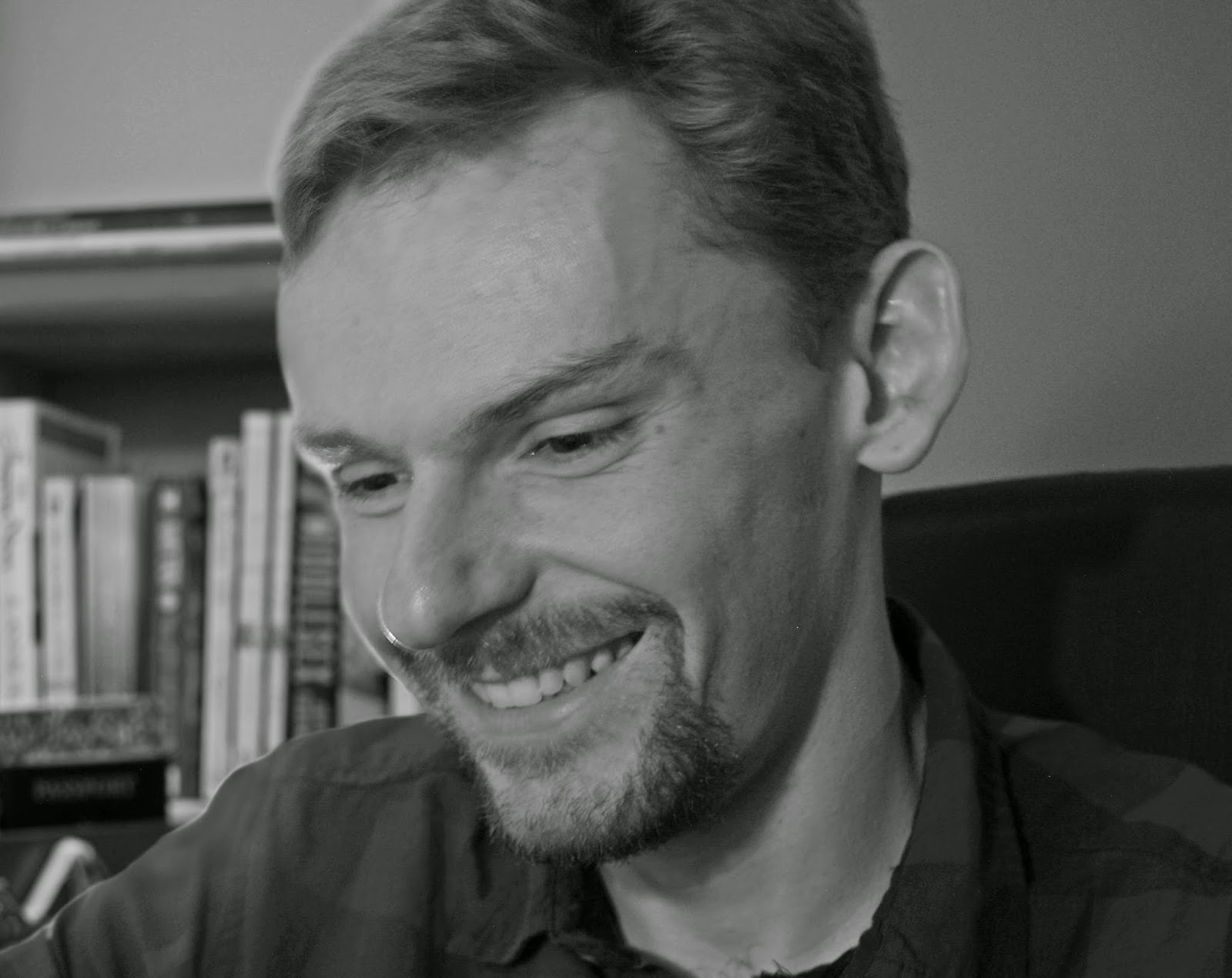 Would you rather write an entire book with your feet or with your tongue?
Tongue. Either way, the book would be 220 pages of...jieoa rjelaiejhk, fjd feuihakrh anfuiajberu fjkadyrjkekanfmdna

Would you rather be a well-known author now or be considered a literary genius after you’re dead?
I’d prefer to be well known now. With social media and communities like Goodreads, authors have so many chances to connect with their readers. It’d be a shame to miss out on those opportunities.

Would you rather have every word of your favorite novel tattooed on your skin or always playing as an audio in the background for the rest of your life?
Tattooed on my skin, preferably in 5 point font.

Would you rather write a book you truly believe in and have no one read it or write a crappy book that comprises everything you believe in and have it become an overnight success?
I can’t imagine success out of insincerity would feel like true success at all. I’d rather write with conviction and give up the extra cash. After all, I’m only selling my ebook for $0.99 anyway.

Would you rather write a plot twist you hated or write a character you hated?
I’d rather write about a character I hated. After a while, they might win me over. It’d be kind of like learning to love Kale after it systematically worked its way onto every restaurant menu.

Would you rather use your skin as paper or your blood as ink?
Blood as ink, which means I’m now only writing in haiku.

Would you rather have schools teach your book or ban your book?
Having a book you wrote taught in school would be a huge honor, but I’d rather not have a novel of mine associated with multiple choice questions or assignments with mandatory word counts.

Would you rather be forced to listen to Ayn Rand bloviate for an hour or be hit on by an angry Dylan Thomas?
I’ve already read Atlas Shrugged, and after suffering through John Galt’s seemingly endless speech, I think I’ve hit my Ayn Rand quota for this decade. Bring on Dylan Thomas.

Would you rather be reduced to speaking only in haiku or be capable of only writing in haiku?
I’ve already planned on writing haiku in blood. If I agree to only speak in haiku, too, can I at least get away with not having to announce my line breaks?

Would you rather be stuck on an island with only the 50 Shades Series or a series in a language you couldn’t read?
I’d take the 50 Shades series and turn it into a choose-your-own-adventure story. At each juncture, you’d be presented with two choices: “stop reading” and “please, please stop reading.”

Would you rather critics rip your book apart publicly or never talk about it at all?
I’d rather have people saying something than nothing at all.

Would you rather have everything you think automatically appear on your Twitter feed or have a voice in your head narrate your every move?
Much to former roommates’ and my girlfriend’s chagrin, I already narrate my every move.

Would you rather give up your computer or pens and paper?
My pens and paper can’t check BuzzFeed, and I’m too lazy to draw my own flip-book GIFs to entertain myself.

Would you rather write an entire novel standing on your tippy-toes or laying down flat on your back?
I spend most of my work day sitting down. Maybe my body would thank me if I at least wrote standing up on my tippy-toes.

Would you rather read naked in front of a packed room or have no one show up to your reading?
Naked - when else am I going to get the perfect opportunity to show off the amazing calves I got from writing an entire novel on my tippy-toes?


I’d rather read a book that is written poorly but has an excellent story. If nothing else, maybe someone will make a good movie out of it, unless it’s directed by M Night Shyamalan.

Christopher Brooks is the author of The Gertrude Threshold. He was born and raised in the suburbs of Chicago. Christopher graduated from Illinois Wesleyan University. Originally, he set out to study biology and become a doctor. Organic chemistry and a love of writing convinced him to study English-writing instead. Christopher now works at Edelman, a public relations firm, at its headquarters in Chicago. You can follow him on Facebook and Twitter or send him an email at ChristopherBrooks@RaggedRightMedia.com.
Posted by TNBBC Super Mod at 5:00 AM