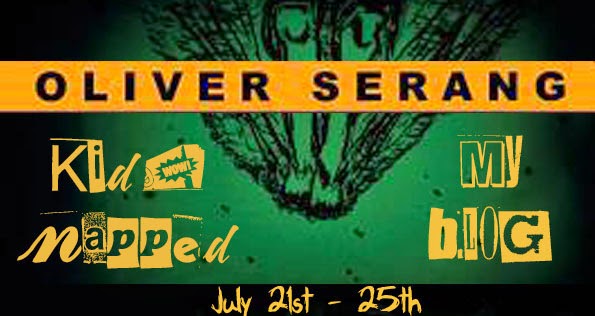 (Oliver Serang is an American lecturer at Universität Bremen and a research scientist at Thermo Fisher in Germany, where he swims in the river during snowstorms. He has published papers on computational biology algorithms and is the author of the novel Stay Close, Little Ghost. He can be found at colorfulengineering.org.

He has kidnapped this blog. 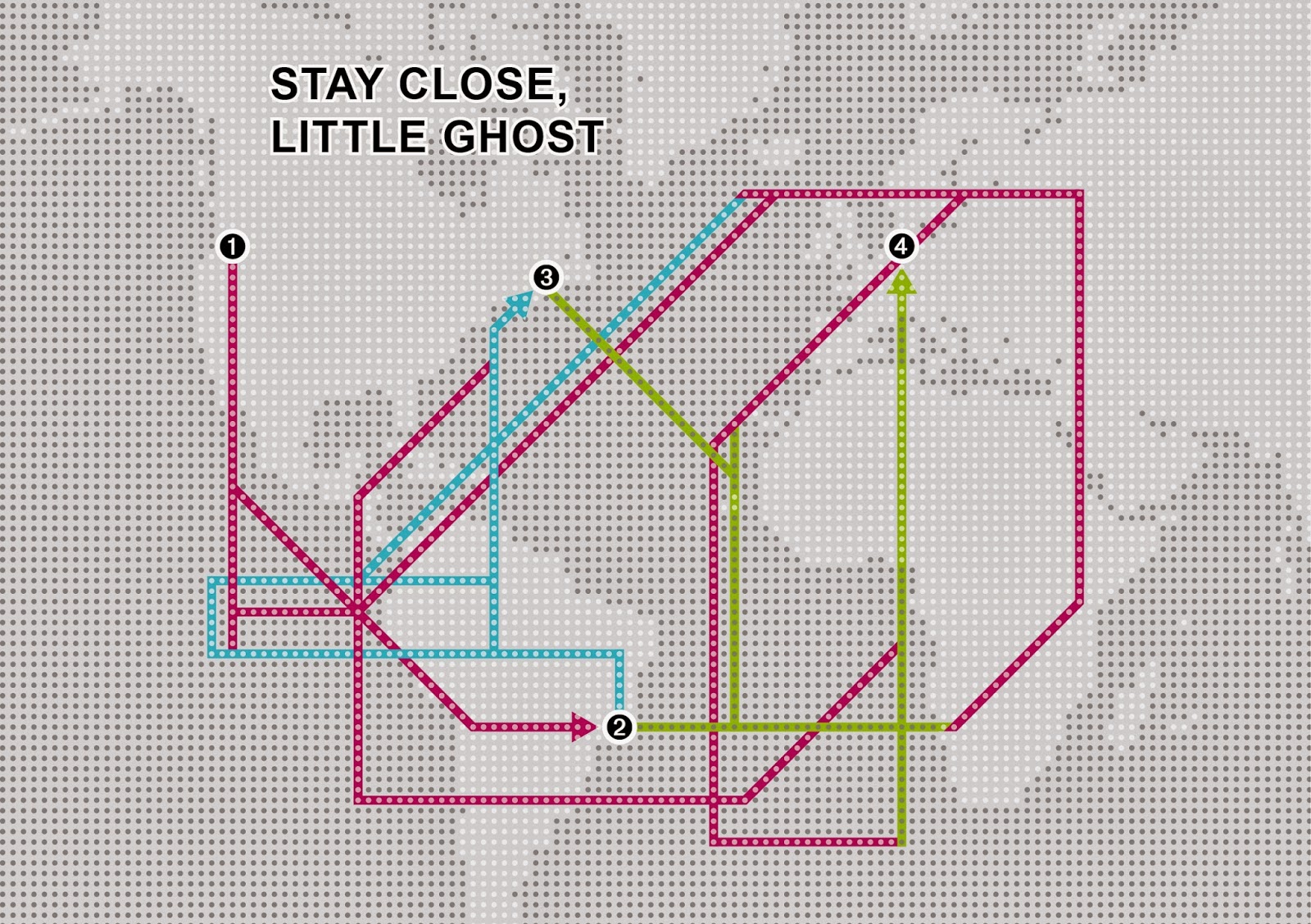 I wrote Stay Close, Little Ghost while I was finishing my PhD in [1] Seattle, while I was a visiting scientist in [2] São Paulo, Brazil, and when starting a research fellowship in [3] Boston. After finishing it, the manuscript sat dormant for a while until I finally published it shortly after moving to [4] Bremen, Germany.

These are recommended places (and experiences) where I wrote, read, and thought while I was working on it: 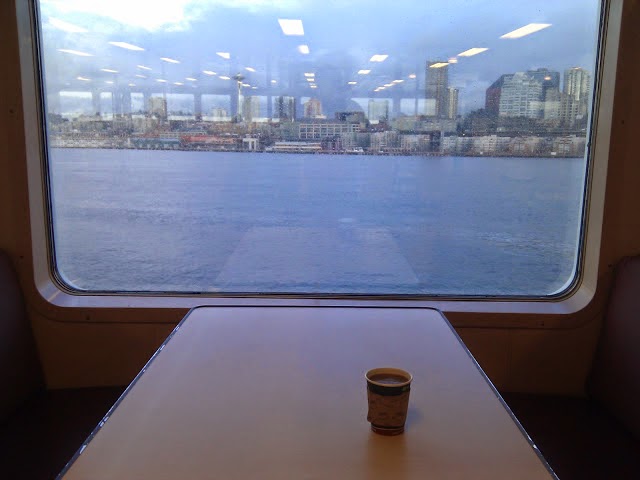 Seattle is a nice town to think or to write in, in part because there are so many coffee houses and because it is accepted that you generally will not visit a cafe without your laptop. Also, aside from the odd couple who will approach you looking for a third in bed, it is fairly easy to find a bit of solitude.

First of all, this place is an undercover Starbucks experiment, but it is phenomenal. The quality and variety of coffee is amazing and the service is a nice hybrid of genuine get-to-know-you atmosphere found in independent espresso shops (e.g., they will almost certainly remember what you ordered last time, your name, and possibly offer you a freebee on your birthday) with a refreshing dash of Starbucks peppy polite that is so often lacking at independent places. But its atmosphere is its finest selling point, with lots of space for reading, writing, or thinking.

I recommend the Boston cream (which they will call "Bavarian cream") donuts and mochas. It’s a low-key shop where you can camp out and let your mind wander for hours.

The Bainbridge Island Ferry / On the water

It’s one of the best places to have a snack or a cup of coffee alone, and the cool wind makes you feel adventurous out on top.

I've heard that the age of the cupcake is waning, and have even heared some people say (I've actually heard this) "pies are the new cupcakes". But this place is not going anywhere; I had fancy-pants cupcakes in Boston and Bremen, but if I ever get back to Seattle, I am going straight there. The last time I was in town, I ate several cupcakes. Also, it's conveniently located almost directly across from the Sonic Boom record store (with several listening stations to sample albums recommended by employees). 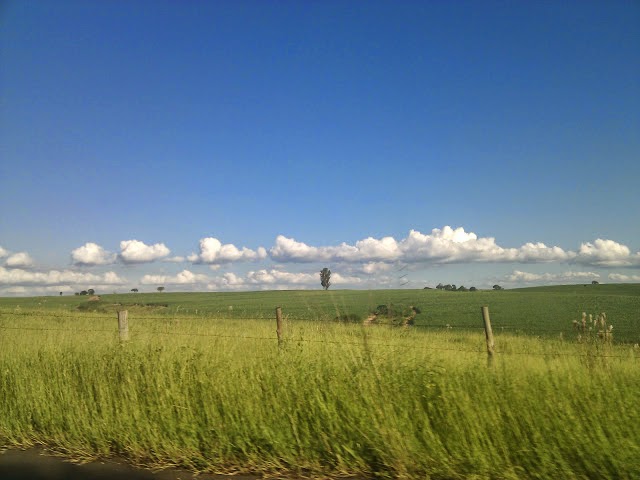 The truth is, I didn't write so much in São Paulo, but I thought a lot and filled my writing tank. In particular, I spent a lot of time in Piracicaba, a bucolic little city a few hours inland where a short walk from the University of São Paulo ESALQ leaves you alone with your thoughts in fields.

Aside from walks, I felt like I got my best thinking and writing done at little snack shops, which always offer a plethora of fresh juice options. It is common for coworkers to take a few breaks a day for a "Pingado" (a nice, strong coffee drink that resembles a latte) or for a glass of amazing fresh juice. I don't remember the name of the snack shop I went to most, but I do remember the drink that I got. It is called "frutas vermelhas", and it is a puree of strawberries, blueberries, raspberries, and blackberries mixed with either sugar and water, or with sugar and milk (like a smoothie). Go sit in an ordinary-looking cafe sipping frutas vermelhas and magic will find you.

N.B. Not only do coffee houses almost never offer decaf, I had at least one experience where the woman working there thought I was making fun of her until my friend intervened. She kept asking, "And people want this?" and called other coworkers over to listen. 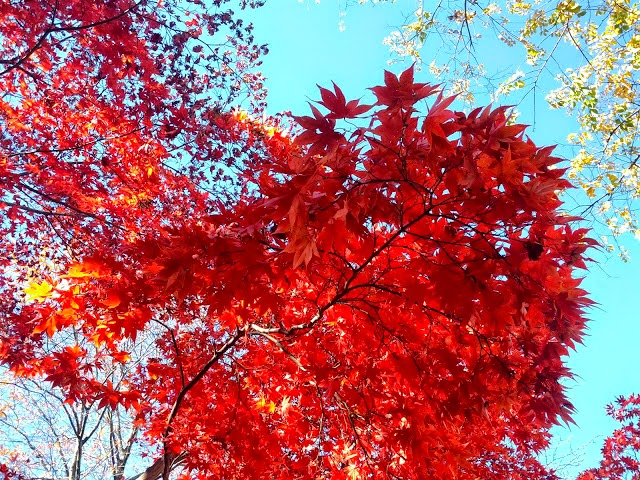 Boston is a wonderful town for writing, drawing, and working. The mix of ambitious and educated students and professionals makes for a great atmosphere for doing anything creative. Aside from the Harvard libraries, which are not open to the public, I did most of my writing in two coffee houses.

It's often crowded with students camped out with work, but it's also a great place to work late at night when it thins out. Also, it's a short walk to Harvard's main campus or to wander down to beautiful little stone bridges crossing the Charles river. Even though Boston is a reasonably large city, Cambridge feels quaint and sleepy while still energetic enough to be inspiring. I don't think it's a coincidence that one of the first people to read my novel did so after overhearing me in the line of the frozen yogurt place next door. And even though it's fairly polished, the anonymity of it (it's still a Starbucks) is liberating, like a little airport that will casually fly you anywhere you need to go in your mind.

1369 isn't the most polished coffee house, but it is such a wonderful place to sit and think. The people who work there are really friendly, and it is decidedly old-fashioned (they didn't accept credit cards or offer free WiFi until just before I moved). It is a wonderful place to be.

The Red Line / Throughout Boston and Cambridge

I actually mean the subway line (or "the T" to local Bostonians): no kidding, this is actually where I finished writing Stay Close, Little Ghost, sitting on a seat on the Red Line. Riding it at night or early on a weekend morning offers some of the best solace in the city. 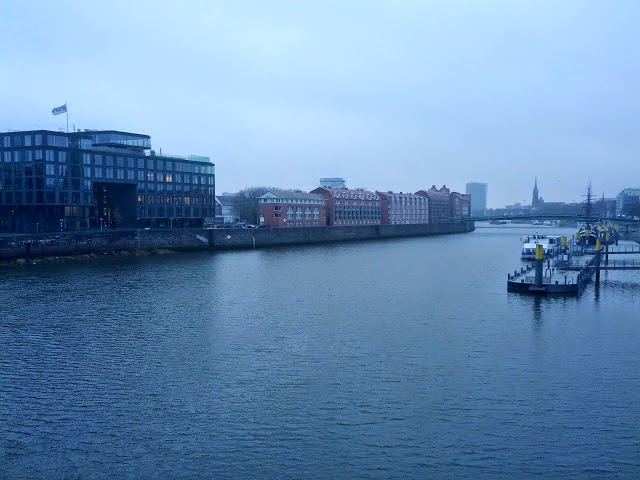 Bremen is a bit tricky; on one hand, in Europe it is generally still anathema to bring a laptop most places. But on the other hand, the combination of the dark winters and the slightly gothic architecture of the older buildings can be nearly perfect for reflection and inspiration.

Marianne / The Viertel (pronounced "The Fettel")

This is among the most charming cafes I have ever been to: candles, cozy and snug layout (the Germans have a word "gemütlich" that describes this place perfectly), friendly staff, along with delicious things to eat and drink. It is not the most laptop-friendly place in the world, but it's very unlikely that you'll get any dirty looks if you aren't spoiling the mood. And they have a copy of my novel sitting on their shelf for anyone to look through.

I finished the final publication steps of my novel (i.e. image processing for the cover design, LaTeX layout, etc.) at the Starbucks in Domsheide not long after moving here, because it was the one place I knew I had internet and where I knew it was acceptable to use a laptop. But this turned out not to be any ordinary Starbucks. Only a few weeks later I was sitting outside drawing/writing on my bike helmet with pieces of duct tape (this is something I used to do on the walls of my apartment in Cambridge), and when I got out the helmet and the duct tape, an inside table just through the glass started staring at me. There were two girls and one boy, all college age, and the more I wrote on the helmet, the more openly they stared. I was writing "GRIT" across the front of the helmet, because I like the idea of having grit (or toughness), and helmets and duct tape are two things that should be synonymous with "tough". After writing "GRI" in pieces of duct tape, they came outside to ask what I was doing, and when I described it, the girl in the lead said something like, "Yes. Grit. But that is my name. Have I met you? You are writing my name on your helmet. I cannot believe this." And if that doesn't inspire an awe in the magic of everyday things, I don't know what will.