David Hayes' Would You Rather 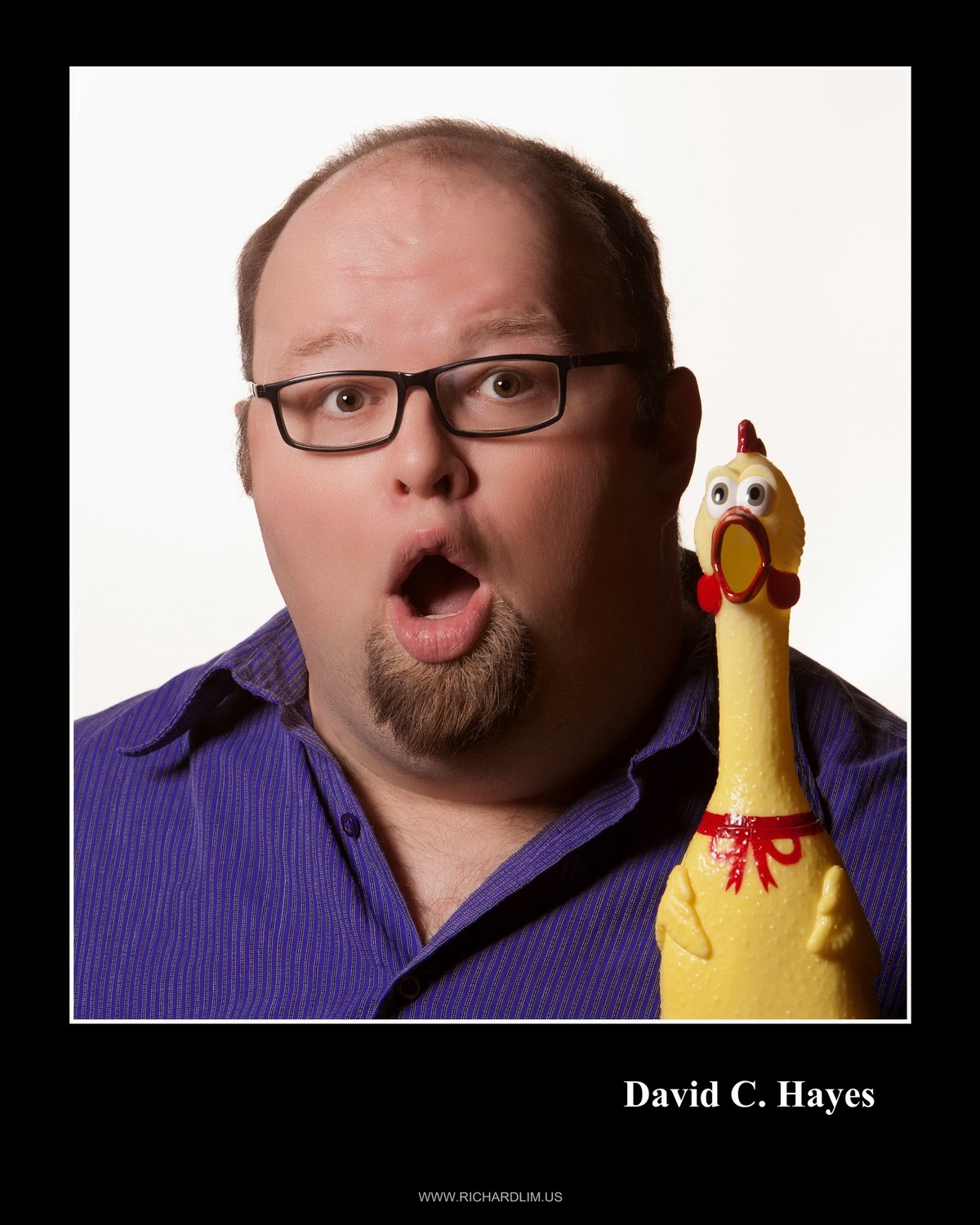 Would you rather write an entire book with your feet or with your tongue?
With my tongue. Feet disgust me. I know, I know… I wrote a book about foot fetishism (Pegged) but, in my defense, it was a horror book.

Would you rather have one giant bestseller or a long string of moderate sellers?
I am a career guy. In films I had a long string of smaller parts in horror films that provided a living. I don’t need the big one, but a series is great.

Would you rather be a well known author now or be considered a literary genius after you’re dead?
Logically, if I’m well known now then the propensity for genius posthumously is pretty large. I’ll go with now.

Would you rather have every word of your favorite novel tattooed on your skin or always playing as an audio in the background for the rest of your life?
Good question. My favorite novel is The Lord of the Rings. So, no, I would not like to sit through the 700 hours of tattooing over my entire body (and I’m fat and still probably won’t fit). Can I have it read by Bette Davis?

Would you rather write a plot twist you hated or write a character you hated?
Real answer: character. I hate a lot of my characters and they earn it. Most of them are based off of me anyway. Self-loathing is no big deal.

Would you rather use your skin as paper or your blood as ink?
Skin as paper would just be too much work. Lots of skin. Lots of cellulite. I’ll go with blood. I can run out of blood and take a break.

Would you rather become a character in your novel or have your characters escape the page and reenact the novel in real life?
Oh, shit. If my characters escaped the books then there would be some very bad mojo in the world. Some seriously deviant shit would perpetrate itself on good ol’ Earth. We’d be screwed.

Would you rather write without using punctuation and capitalization or without using words that contained the letter E?
I hate Twitter. I will forego ‘E.’

Would you rather have schools teach your book or ban your book?
Ban. Definitely ban. All of the best books have been banned!

Would you rather be forced to listen to Ayn Rand bloviate for an hour or be hit on by an angry Dylan Thomas?
What’s the difference? Afterwards you’ll have to clean your ears out with turpentine.

Would you rather be reduced to speaking only in haiku or be capable of only writing in haiku?
Arguably, critics have determined that / I only write in haiku as it stands / Why change a winning combination?

Would you rather be stuck on an island with only the 50 Shades Series or a series in a language you couldn’t read?
I don’t read ovary-inspired misogynistic douchebag already, so the point is moot.

Would you rather critics rip your book apart publically or never talk about it at all?
Public! Public! Public! One critic wrote, regarding one of my films, “Saying the plot of this movie out loud will cause a wing full of babies to burst into flames.” I love it.

Would you rather have everything you think automatically appear on your Twitter feed or have a voice in your head narrate your every move?
Hmmmm. If everything I thought appeared on a Twitter feed then I would be arrested.

Would you rather give up your computer or pens and paper?
Pens and paper. Screw those Ludites.

Would you rather write an entire novel standing on your tippy-toes or laying down flat on your back?
Tippy toes. Flat on your back is another profession that I’m not very good at.

Would you rather read naked in front of a packed room or have no one show up to your reading?
No one show up, please. I don’t need the ridicule of appearing naked anywhere. On the plus side, sasquatch sightings will rise by 200%.

David C. Hayes is an author, performer and filmmaker that also teaches these subjects at the university level. His films, like A Man Called Nereus, Dark Places and The Frankenstein Syndrome (and approximately 70 more) can be seen worldwide. He is the author of several novels, collections and graphic novels including Cherub, Pegged, American Guignol, Scorn and Muddled Mind: The Complete Works of Ed Wood, Jr. On stage, he has been active with The Community Theatre of Howell since appearing as Victor Velasco in 2013's production of Barefoot in the Park and stage managing the recent Inherit the Wind. He will be directing It's a Bird, It's a Plane It's Superman in the show's Midwest debut in 2015. As a playwright, David's full-length and one-act plays have been produced from coast to coast with a run Off-Broadway for the comedy Swamp Ho and sell-out performances in Phoenix for Dial P for Peanuts(winning a 2011 Ethingtony for Best Show). He is a voting member of The Dramatist's Guild and the Horror Writers Association. When not creating, David teaches film production, creative writing and communications as an adjunct instructor at Siena Heights University, Kaplan University and Grand Canyon University. He holds bachelors degrees in psychology and English as well as a master of science in forensic psychology and a master of fine arts in creative writing. Locally, David is a frequent contributor to WHMI 93.5FM, the Livingston County radio station, and speaks frequently at book signings, comic conventions and gatherings of geek-culture.
Posted by TNBBC Super Mod at 5:00 AM