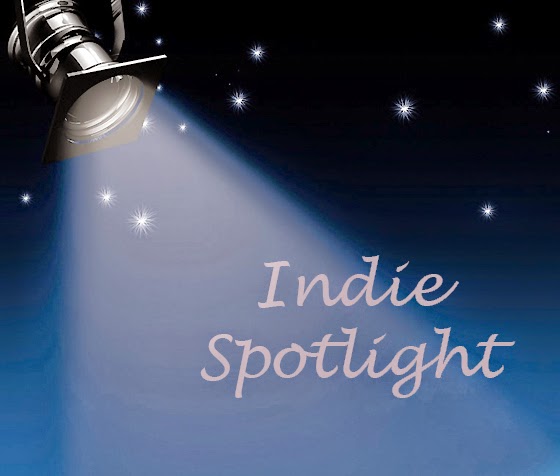 Earlier this month, TNBBC took a step out of our comfort zone and reviewed our very first play - Joshua Young's The Holy Ghost People. Drew of Raging Biblioholism, our resident thespian review contributor, enjoyed it so much and discovered so much to chew on within its pages, that he found himself reading it multiple times!

Today, we're thrilled to share this essay from Joshua about how The Holy Ghost People found its way out of his head and into the world, shaped from his past and formed in the present:

THE HOLY GHOST PEOPLE started out as pages and pages of aphorisms and notes that I didn’t know what to do with. At first I had all these little scraps of paper, and ripped out pages, stacked in this notebook, and I decided to type them up. I had been thinking a lot about my past in the church—now apostate—and how I felt about my friends and family who were still believers, I was thinking about the rhetoric of the church, and of faith: I thought a lot about what I told kids and non-believers, when I was a youth leader—shit I look at now and feel ashamed of. I had been thinking a lot about space travel and how the universe functions—space stuff. Growing up, I was taught that evolution was a lie. At one point a youth pastor told me that if there was a question on a science test about evolution I should write in “I don’t believe in this.” I did that, even though I didn’t want to, because I felt guilty about answering what the teacher taught us. He came up to me the next day at school and said, “Just tell the correct answer to these questions, please?” I felt guilty, but I told him what I had learned and he said, “Thanks,” paused, then said something like, “You know, this is real life I’m teaching. We didn’t make it up. Believe what you want, but this is science.” As you can imagine, I didn’t learn a lot about how the universe was made, and what I did learn I shuffled out for strange explanations my youth leaders gave me about carbon dating being messed up from the flood, about all things being possible through god, and a lot of other justifications for my beliefs. So, there I was simultaneously watching Battlestar Galactica and How the Universe Works, and learning so much about Science Fiction and well, real science. These two things were weaving through all these images and notes about neighborhoods . I hadn’t made any progress on another project I was working on and felt like I needed space from it, so I started looking at all these notes I had typed up and saw a conversation forming. Initially the conversations were these little lyric moments that sort of riffed off each other. I kept putting them together. At first they were just these little blocks of verse that were sort of placed in no particular order, but certain threads of conversation were starting to form. I could see two different voices speaking. I saw the believers and the non-believers.

So I had all these pieces and I knew that it needed structure. My first book, When the Wolves Quit used the stage/play as its structure. That worked because there were these moments that needed to happen offstage. I needed an actual stage to make the narratives work. But it only happened because my second book To the Chapel of Light (which was actually written before Wolves) used film/ screenplay format as structure, and it just hit me that this needed to be tied to a narrative form that situated it in some kind of expectation. So, here was this project that needed a form, but I didn’t want to force anything—it needed to come organically. I just couldn’t see what it wanted to be. It felt cinematic at times (the space stuff) and dramatic at others (the preaching, biblical stuff). I also didn’t want to do something I had done before. I had just finished a sort-of Symphony-in-Verse, and I knew that these pieces had to be something other than poems. It needed form and structure that existed outside of poetry. I don’t know if that makes sense.  It had to be more than a collection of poems.

I sent it to my friend and poet Daniel Scott Parker he said, “This wants to be a play, dude. Just make it play. It makes sense.” Begrudgingly, I tried that. I could see these two groups of people talking, arguing about faith and God and morals. I could see the stage coming together. As I started to put these pieces to dialogue, the scenes and settings filled in. Once I started building this into a dialogue, I knew that there would be believers and non-believers—the fragments already reflected this tension, these conflicting voices.  I had all these crazy logical fallacies and lies all over the manuscript and as I started really bringing them to the surface, exposing them for what they were, I saw these people preaching. I had this stray line about white-throats and clothing whipping in the wind, and it happened. THE HOLY GHOST PEOPLE rose. It was/is important to me that while we doubt the logic and truth behind the Holy Ghost People, we doubt our doubts. We see and hear things that make sense, or seem to, that the science-fiction, the fantasy of these interactions of their claims gain ground and begin to seem plausible in this world. In fact, we should begin to question our own understanding of what’s real.

When Tyler from Plays Inverse first starting talking about his press to me, I didn’t know that this would be ready by the time he was ready—so THE HOLY GHOST PEOPLE (which was still rough and not what it is now) was at another press. I sent Tyler a section of THGP and he wrote back immediately and said he wanted it. I had to tell him that someone else was considering it, but they passed a couple days later. I immediately sent it to Tyler. Let me be clear, THGP is the play/book it is because of Tyler’s work as an editor. He fucking GRILLED me with questions about the characters, about the setting, about the structure and form, about the logic of The Holy Ghost People. We did at least ten drafts. I think. Maybe I’m exaggerating. Maybe not. Every time, Tyler’s notes would pull on something that would either lead to a decision to cut or uncover something sort of blurred by me trying to overwrite something, me trying to be a “poet.” He would say, “Why are you writing it like this? Don’t you mean this?” And I would say, “Yes.” And he would say, “Well just say it.” So I would cut the ornamental language and just say what it is to say.
Tyler also gave me a reading list. I read plays. In fact during the editing of THGP I only read plays. I just went to the library with my family and I’d leave my wife and kid in the play area for ten minutes, run over to where the plays were grab all the plays I could find that Tyler recommended, and grab a few more random ones.

I could be wrong, because I misremember things, but I think that the violence came to the surface because of Tyler’s notes, the Sylvia character became a major part of the play because of Tyler, the flawed logic of the The Holy Ghost People became consistent and evolving because of Tyler’s questions. But we didn’t just talk about the book. We talked about faith, my frustration with religion, our own backgrounds, how shitty logic and fucked up rhetoric can lead even intelligent people into a shitty situation. Tyler wanted context and I couldn’t just bullshit him. I had to really think about my answers, and I had to be willing to say, “I don’t know.” In fact, we both embraced this idea that sometimes we didn’t know what The Holy Ghost People were saying, sometimes, when we thought their logic was asinine, we had to let it go and let the characters do what they needed to.

In terms of plays, what lacked in Wolves was a realistic format and structure—it didn’t look like a play. THGP would look like a play. We knew it had to. But it also had to read like poems. Wolves would be nearly impossible to stage as is (maybe it can be done—challenge?—but it’s hybrid in the sense that there are letters, offstage happenings—key things, dream sequences, and underworld, and songs, and this entire town in the Pacific Northwest with its vegetation and the Ghost Woods), whereas THGP is doable (with resources). Right? It’s totally doable. At least that’s what I’ve been told.

I thought this post was gonna be about my process writing, my thinking, about what THE HOLY GHOST PEOPLE is about and how it functions, but it turned into something about how a project/book can change with collaboration, with peers who know your work, and an editor who digs in and asks difficult questions. I love collaboration. And I know most of my books wouldn’t be what they are without my mentors, friends, peers, and editors. In the same way, I think a staging of this play would mutate my expectations and understand of these characters. Editing did that. I don’t see why the stage wouldn’t do it too. I’m not gonna lie, I hope someone puts THE HOLY GHOST PEOPLE on, stages it, brings something new to it. I’d like to see what other people see in this play. I want to see what these characters look like to others.

Joshua Young is the author of THE HOLY GHOST PEOPLE (Plays Inverse Press), 2014); The Diegesis (Gold Wake Press, 2013), co-written with Chas Hoppe; To the Chapel of Light (Mud Luscious Press/Nephew 2012) and When the Wolves Quit: A Play-in-Verse (Gold Wake Press 2012). His latest feature film, Do You See Colors When You Close Your Eyes? was official selection at Seattle International Film Festival, Athens International Film Festival, and Montreal International Black Film Festival (2011). He is Associate Director of Poetry & Nonfiction at Columbia College Chicago where he teaches Poetry and writing. He lives in the Wicker Park neighborhood with his family.
Posted by TNBBC Super Mod at 9:39 AM