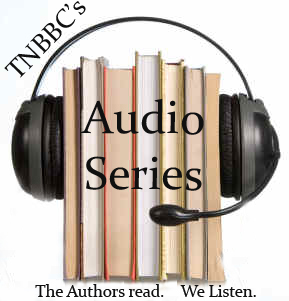 Today, Heather Fowler reads from her new collection This Time, While We're Awake. Heather is also the author of the story collections Suspended Heart (Aqueous Books, Dec. 2010), People with Holes (Pink Narcissus Press, July 2012), and Elegantly Naked In My Sexy Mental Illness (Queen's Ferry Press, forthcoming May 2014). Fowler’s People with Holes was named a 2012 finalist for Foreword Reviews Book of the Year Award in Short Fiction. She received her M.A. in English and Creative Writing from Hollins University. Her stories and poems have been published online and in print in the U.S., England, Australia, and India, and appeared in such venues as PANK, Night Train, storyglossia, Surreal South, JMWW, Prick of the Spindle, Short Story America, The Nervous Breakdown, and others, as well as having been nominated for the storySouth Million Writers Award, Sundress Publications Best of the Net, and the Pushcart Prize. She is Poetry Editor at Corium Magazine and a Fiction Editor for the international refereed journal, Journal of Post-Colonial Cultures & Societies (USA). 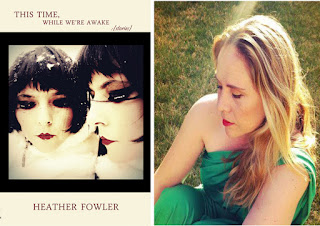 Click the soundcloud file below to experience This Time, While We're Awake as read by author Heather Fowler:

The word on This Time, While We're Awake:


Fowler's new collection, This Time, While We're Awake, welcomes you to the worlds of egregious dystopias—environments where tornadoes come one after another as neighbors spar, drugged breeders make babies in the near-future for the sterile rich, and humans are sacrificed by contract to aliens who protect them. In this collection, Fowler examines what it means to be fair and humane in the surreal landscapes where the ruling factions are neither of these things. Come and get your Practice Baby, if you'd like to try parenting. Take an injection to experience love without a partner. This collection showcases not only Fowler's trademark heart and humor, but also a darker dimension of commentary similar to Bradbury or The Twilight Zone. Selected stories in this volume have been published internationally and online.
*lifted from the publisher's website with love