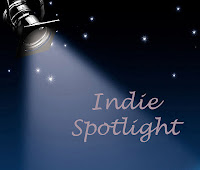 It's always most awesome to meet new small press publishers, but it's absolutely the BOMB to meet them before they are even born.

This is the story of the birth of a brand new small press called Boss Fight Books.

This print and ebook video-game-focused publishing company created a kickstarter to get themselves up and running, and within hours of the campaign going live, they found themselves fully funded at $5,000. (I was one of the early backers, this shit looks rad!) Not one to lose the momentum, founder Gabe Durham began throwing out stretch goals to keep the interest up. Stretch goal #1, set at $10,000, was exceeded by day two. And so it goes...

Currently, with 12 days left to accept funding, 735 backers, and nearly $25,000 sitting in the pot, Boss Fight Books is able to dream bigger and farther than they ever imagined. So what the heck is Boss Fight Books all about? Well, I thought I'd let Gabe tell you that: 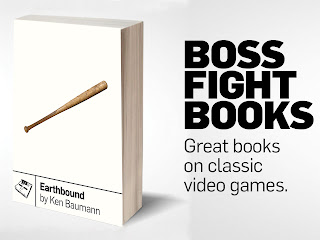 Ok Gabe, let’s start with you. What should we know about you? How did you come about the idea for Boss Fight Books?

I'm a guy who likes his creative projects: writing, editing, music, and this year I've been getting into sketch/improv through the UCB scene in LA. If I've got some good projects going, I'm pretty happy.
A few months ago, I was in a position where my novel FUN CAMP was about to come out, I'd just finished a big nonfiction manuscript, and I was pretty hungry for the next thing. I was reading a book about Nintendo that I'd picked up at the library and I thought: "There ought to be a 33 1/3 for video games. Surely there is." And when my google search turned up nothing, it annoyed me. The market had failed me! And so the next thought was: It must be me.

And so a new small press was born! How’d you settle on the name Boss Fight Books? And how did you determine who your cohorts would be?

First I brainstormed a list of video game tropes, whatever I could think of, and then looked to see which ones were already the name of a popular gaming-related site, book, or movie. That narrowed it a lot. I love "Boss Fight Books" for the way the violence of "Fight" is tempered by the solitary act of reading. I must have a thing for that kind of contrast: I performed in a little comedy thing the other day and we needed a name for our group, just for the afternoon, and I suggested "Tummy Stomp." And so we were Tummy Stomp.
2. I met up with Ken in Silverlake a few months ago for smoothies, and told him about my idea for Boss Fight, and he was really excited about it. He emailed me later that day and said, "I was thinking about it and you've got to do it." And I said, "I'll do it if you write one." And then it was on.

The other authors were the result of an intensive R&D phase. I asked friends on Facebook to tell me about their favorite video game writers, and was avalanched with great writing. Turned out Anna, Darius, and Jon all came up in that discussion, though it took a lot of reading before I made my choice about who to invite. I'm really grateful they all said yes. They had little reason to take a chance on a dude from the internet.

Michael--the most seasoned writer of us all--I already knew a little, and our mutual friend Adam told me all about Michael's Galaga obsession. The kicker, Adam explained, was that Michael was ready to tackle a new project. So I made my pitch and Michael graciously accepted.

Thanks, Lori! I think it's inevitable that once these books are out, people will have strong opinions about which books are their favorite. I bet too that a reader's best-loved book and best-loved game are not the same. For instance, my favorite 33 1/3 book of the ones I've read is on Pavement's Wowee Zowee by Bryan Charles. That's not such an important album to me, but the book is incredible and makes me care because Charles cares. So my hope is that readers will give, say, ZZT a try even if they never played it growing up.

With the release of Ready Player One last year, and BJ Best’s Our Princess is in Another Castle this year, video games seem to be influencing literature at an alarming rate. How do you and your partners hope to differentiate yourselves from the other retro-literature noise out there?

You're right--game-influenced lit is thriving. I'd love to check out both of those books you mentioned. People are making really strong literature out of the material of video games: The poems of Gregory Sherl and prose poems of Brian Oliu are great too.
I think what Boss Fight offers is focus: The notion that a single game is worthy of an entire book is a tenet, but it's also a dare to writers. Anybody could write 1,000 words on the history of Super Mario Bros 2, but to write an entire book requires the author (Jon Irwin) to dig deep, unsure of what he'll come up with. The length demands that it will be an exploration. And that's what my favorite nonfiction books are: explorations. (To name a few: In Cold Blood, About a Mountain, A Supposedly Fun Thing, Body Politic, U&I.) So that the subject is a game, and then the writing of the book is also a sort of game.

So will these books be a mix of fiction and non fiction? Just think, you could be ushering in a whole new genre of literature with Boss Fight Books. What would you name it, this new gamers genre lit?

The books will actually be entirely nonfiction. I love to write and read fiction (Dennis Cooper's God Jr. is a great book that largely takes place inside a video game, for instance), but I think nonfiction will better focus the series.

And I do hope we're helping usher in a new era of respectability for longform writing about games. I'd add that there is a lot of exciting writing already being done, just not in a forum quite like this.

As for what to call it... Game Culture Studies? Longform Game Journalism? Memoirio Bros? The Legend of Gaming: A Link to the Past? Game Theft Auto San Andreas? Hmm. I'll have to keep at it.

How did you decide on the order in which you’ll release your titles?

Don't let the fact they hit their funding in the first eight hours of their debut stop you... check out the kickstarter video for Boss Fight Books and throw some money at them. I'm in for the entire, digital first season lineup and cannot wait to see these badboys!

Gabe Durham is the author of the novel FUN CAMP and the editor of Boss Fight Books. Other writings have recently appeared in The Brooklyn Rail, The Collagist, and The Weeklings. He lives in Los Angeles.
Posted by TNBBC Super Mod at 5:00 AM