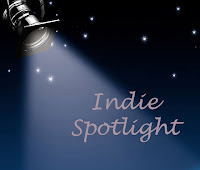 Liz Bartucci is the self published author of The Secret Lives of the Unemployed, which is based on her blog by the same name and was released this past July as an eBook.

No stranger to the written word, Liz is a screenwriter and playwright. She is a graduate of the Actors Studio MFA Program, as well as a former Disney Studios/ABC Entertainment Writing Fellow, and her screenplay "Everything's Going To Be Alright" (which was nominated for the Emerging Narrative Award in the IFP Market Conference) is in development with Roadside and Cyan Pictures.

In this spotlight, Liz shares with us the catalyst for the novel and what readers are saying so far:

It All Began With a Broken Heart 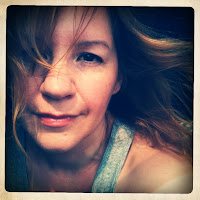 "I had just had my heart broken and had emptied out half of my 401k. I was at a loss both emotionally and financially. I knew I had to–as Hunter S. Thompson had once said–to write myself out of the hole.' I first tried writing about "Secret Lives...", much in the fashion like the character Grey, trying to investigate people's lives and how unemployment induced some odd habits and behavior, but because instinctively I am a creative writer, I began to write a fictional story, loosely based on how I was feeling. Characters, dialogue came easily like they often do for artists during bleak times.

At around the same time, a friend of mine insisted I rejoin the world by joining Facebook, which I was initially against, but eventually it was the gateway drug for a life online. I decided to make my time on the web useful by putting up installments of a short story, which eventually became "Secret Lives..." There was demand from readers who lived even more digitally than myself to have the entire series available for their ereaders.

Personally, I prefer a book you can smell, one you find in a creaky floor bookstore, but I decided to self-publish it with that goal in mind, that with enough readership, interest and buzz, "Secret Lives..." can become the paperback that the lead character Lucy actually writes in the story. Reaching that goal would literally be writing the future, perfect."

Why is it 'Kind of a Love Story'? "Well, isn't every good story? There is a love triangle that develops between the three characters, Lucy, Grey and Zac. Like most single folks who are also unemployed, the feelings of being unwanted, and rejected are also explored. We haven't even begun to discuss the deep emotions that are being experienced during this recession. There is an almost an insurmountable sense of loss during these times. But sometimes, just the right person at the right time helps to carry you through. It's important not to self-implode but to reach out and risk, like these characters decide to do."

"We are the ones we have been waiting for..." Obama had said. If this were true, Lucy knew she was in big trouble...

The goodreads description: This is the story of three Brooklyn neighbors, who after a year of being unemployed, decide to stop looking for work and instead embark on a life of permanent hooky – only to find themselves and each other.

Having lost hope and the desire to become part of the workforce again, the three decide to “to abandon the world like the world has abandoned us,” and embark on adventures that they only promised themselves that they would take when they were overworked desk jockeys.

Funded by their Unemployment Checks and cashed out 401(k)s, the quirky team develop an unlikely friendship and an unplanned love triangle as they trip their plight–fantastic.

The Word on the Street

Liz says it's been getting great reviews. "People have been identifying with the characters, and have reached out to me about how inspired they are by the book. All the characters become employable by their own means. At one point, Zac tells Grey and Lucy that the 'jobs' are gone. And unfortunately I think they are, the only jobs that are out there, are the ones people are creating. It's actually just what the characters and myself have done. Despite what Obama is doing or not doing, he was right, WE really are the ones we have been waiting for.

There is interest, because my background is in film, in having "Secret Lives..." developed into a TV series or a movie. And I am also working on that. Whatever form it takes, as its writer, it would be a privilege to inspire people in these times, to help them 'work their way out of the hole."

You, dear reader, can get your hands on a copy through Amazon's Kindle and Barnes & Noble's Nook for $2.99, and it will also soon be available at GoodReads and for the iBookshelf for the iPad Crowd. Anyone looking for those formats, can 'like' Secret Lives of the Unemployed on its Facebook Page and will be alerted when it happens.
Posted by TNBBC Super Mod at 7:00 AM