Adrian James' Would You Rather


Adrian James'
Would You Rather 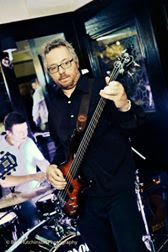 ‘But’ is a far more interesting word, which implies all sorts of challenges to the reader’s views, so I’ll go for that!

Would you rather write in an isolated cabin that was infested with spiders or in a noisy coffee shop with bad musak?
Spiders aren’t one of my phobias, and there’d be peace and quiet, so definitely the cabin. Although if it was rats in the cabin I’d go for the coffee shop every time!

Would you rather write the best book of your career and never publish it or publish a bunch of books that leave you feeling unsatisfied?
As someone who’s actively chosen to self-publish rather than seek a publisher, I’d have to say the former, as very few people may read it anyway! I’d rather write something I like, as I don’t see myself as a “career” writer.

Would you rather have everything you think automatically appear on your Twitter feed or have a voice in your head narrate your every move?
The first would be hell. It would be quite cool for a while to have a running internal commentary of your actions, especially if you could choose the voice!

Would you rather your books be bound and covered with human skin or made out of tissue paper?
The first would be too weird. I think the second, then if someone had a cold whilst they were reading, they could rip out each page and use it after they’d read it.

I’d read naked and hold the book in a strategic position. Although the sight of me naked would clear the packed room anyway.

Would you rather your book incite the world’s largest riot or be used as tinder in everyone’s fireplace?
The riot definitely. There’s not enough of them.

Would you rather give up your computer or pens and paper?
As someone who remembers a time before computers, I’d keep my pens and paper. Life was much simpler then!

Tattoos definitely. I’ve never had the bottle to get one!

Would you rather meet your favorite author and have them turn out to be a total jerkwad or hate a book written by an author you are really close to?
I don’t care what authors are like in “real life”. As long as they’re not harming others. It is possible for nasty people to make good art. I’d rather they didn’t write a poor book, as if I loved them I’d feel duty bound to read it all.

Would you rather your book have an awesome title with a really ugly cover or an awesome cover with a really bad title?
I’d rather have a good title. Then I’d change the cover on the second print!

Would you rather write beautiful prose with no point or write the perfect story badly?
I’d rather read a good story. Beauty in writing style is in the eye of the beholder. Lots of people hate Irvine Welsh’s writing style. I love it.

Would you rather write only embarrassingly truthful essays or write nothing at all?
If I couldn’t write what I wanted I’d rather not write at all.


Apart from hoping for health and happiness for my loved ones, I don’t care what happens after I die. Something that made a massive impact would be much more fun, however short-lived. At least you’ve had your 15 minutes!

Adrian James lives with his partner and two boys in Richmond, in the North of England. He's played bass guitar in a host of unsuccessful bands for the last twenty years. "Recovered" is his first novel. You can find out more about the book here: http://www.facebook.com/recoverednovel and here: http://www.amazon.co.uk/Recovered-Adrian-James-ebook/dp/B00XJYPHN4/