This week on the internet.... 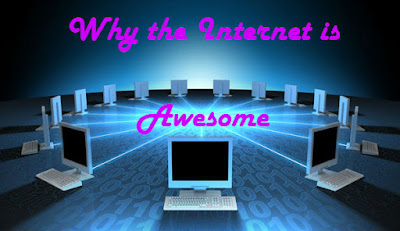 In this, our newest series here on TNBBC, I'm just sniffing around the internet, linking you to some of the weirdest shit I find out there! Help keep this series alive by tweeting me links to the strangest bookish things you stumble across each week! 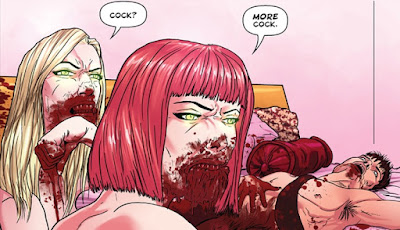 "Sometimes when Hot Girls make out - IT'S EVIL! Get the zom-com comic where a flawed male fantasy becomes a nightmare." 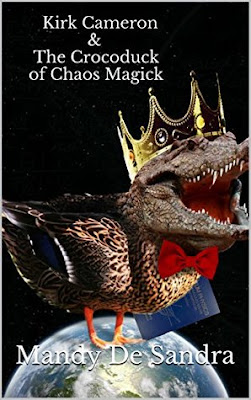 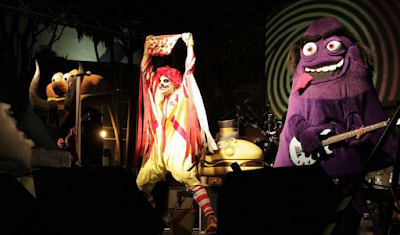 "The lineup consists of frontman Ronald Osbourne, who looks like the love child of that clown McDonald and Alice Cooper, a be-tusked Mayor McCheese, an extra demonic-looking Grimace, and a Hamburglar drummer that rocks Peter Criss-style makeup. It’s as if they started printing the Necronomicon on all McDonaldland menus. Describing its sound as “Drive Thru Metal”, the culinary quintet serve up only the finest Sabbath parody jams . “Iron Man” has become “Frying Pan”, complete with the line “All our future is pink slime,” while “Paranoid” has  been re-heated as “Pair-a-buns”. "


4. THIS COMMENT ON MY STATUS UPDATE FROM A GOODREADSER 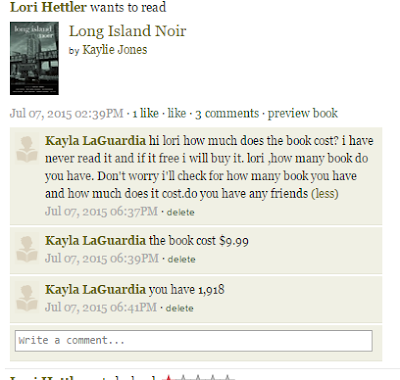 5. THIS BOOK PITCH BY A VERY PRESUMPTUOUS AUTHOR

5. THIS HOMEMADE REMAKE OF THE JURASSIC WORLD TRAILER