Annabel Smith's Would You Rather

Annabel Smith's
Would You Rather 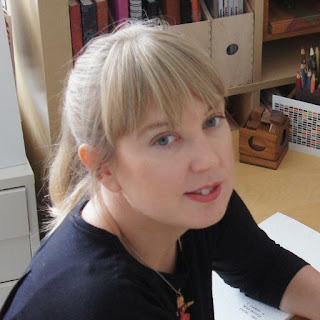 With my feet. At least then I could lounge on my back as I wrote. I think it would be horrible to have my face down at a keyboard all day - hard on the neck..

A long string of moderate sellers. One giant bestseller seems to mean people are always disappointed with whatever you write next. And I’d hate to know I’d reached my peak in terms of commercial success and was on the way down. That would be dispiriting.

Now! I’m impatient. After my death is useless to me.

Um, what are conjunctions? Kidding. Every sentence begin with one. That would be an interesting challenge - I quite like having those sort of constraints - they stretch you as a writer. It might wuickly get annoying though and then I would wish I’d chosen the other one.

I pretty much hate tattoos but the idea of an incessant background noise would drive me nuts, so I’ll take the ink.

The book I truly believe in. I would hate to be successful with something I knew was all wrong. That’s a Faustian pact.

I can’t really imagine doing either of those - I mean if I hated it, I’d just change it. but having a character the reader hates, that can be fun.

I’m squeamish and don’t like the thought of dripping blood so I’ll go with skin as paper.

Escape the page! That would be incredible.

Without punctuation or capitalisation. I think you would have to make too many compromises to miss out a letter - especially such a common one. Although a book without punctuation would undoubtedly be hard work for the reader.

Teach my book! I love to think of young minds being war[ed/molded by my strange imaginings.

I don’t know what bloviate means but it sounds horrible so I’m going to say hit on. It seems weird to think of someone hitting on you in an angry style but it could be interesting.

Writing. How tiresome to have to think that hard about everything that came out of my mouth. It would be unbearable.

I’m going to be tricksy here and say it depends on the language. I like to imagine that if it was a European language, which was structurally similar to English, I’d be able to absorb it by osmosis if I read it often enough. But if it was in, say, the Cyrillic alphabet, then, I’d go 50 Shades. I could cut it up and make a new book out of it in the style of Jonathan Safran Foer.

Never talk about it. Having your book ripped apart publicly would be utterly devastating. Even the odd mediocre review I’ve got has felt like 50 lashings so I couldn’t imagine a real take-down.

The lazy part of me wants to say flat on my back but tippy-toes would give me great calf muscles and I’d probably be motivated to write fast - no messing around because I’d be tired so it might be good for me.

No one show up. I don’t have enough body confidence to be okay with the thought of strangers seeing my body undisguised.

I’d rather a well-written weak story. No matter how strong a story is, if the writing is truly awful, I can’t read it. I threw The Da Vinci Code across the room in sheer disgust.

The misspelled obituary has got to win out here. I wouldn’t  care because I wouldn’t know. Whereas a negative NY Times review would be excoriating.

Annabel Smith is the author of Whiskey & Charlie (a Target book club pick), The Ark and A New Map of the Universe. She holds a PhD in Writing and lives in Perth Western Australia. @annabelsmithaus, annabelsmith.com, thearkbook.com
Posted by TNBBC Super Mod at 5:00 AM