Lavinia Reviews: My Name Is Hate 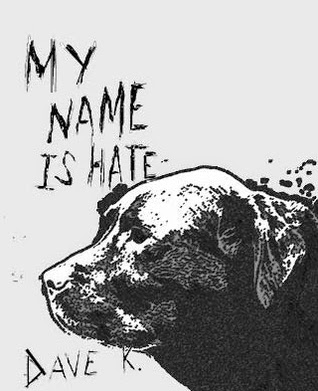 Dave K’s My Name is Hate is a steampunk-y and compelling depiction of a pregnant woman’s dismal hunt for her deadbeat husband, Jesse. A social commentary of sorts, Dave sheds light on how selfish and cowardly humanity can be when under duress to step up to the plate:

When the doctor told us I was pregnant, [Jesse] said that he couldn’t believe it, that he never thought I’d be able to have a baby. I told him I wouldn’t have, if I’d had his attitude. We live in America, after all. Anything is possible here. Jesse laughed until the doctor told him he’d have to quit smoking on account of our baby. Maybe that’s why he ran off.

Packed with sinister imagery, the beautiful and moving yet morbid and dark narrative voice evokes chills:

Last time I cut open a horse, its guts rushed out like that, just happy to meet the day.

Simultaneously, Dave’s simplistic choice of words and rhythmic delivery inspires a deep sympathy and concern for the conflicted and emotional protagonist: an abandoned pregnant woman straining to trek across a barren landscape of horse chips and flies in search of her baby daddy.

Though a quick read, Dave more than just sets the scene, maintains the conflict, and conveys an immense amount of detail in his short micro-fiction sprints. He does a phenomenal job of portraying a fragile woman’s state of mind, and the agony and humiliation of walking into town searching the bars for her husband. Passages such as this still brought me to my proverbial knees:

The heart is a pair of saloon doors, swinging open and shut as people enter and leave.

My only qualm would be over the title. I’m not sure it did justice to such a heartbreaking story, and may lead book cover-judgers astray. That aside, Dave K’s released one of the most dynamite flash novellas of 2014. 5 stars means get your hands on it now.


Lavinia Ludlow is a musician, writer, and occasional contortionist. Her debut novel alt.punk can be purchased through major online retailers as well as Casperian Books’ website. Her sophomore novel Single Stroke Seven was signed to Casperian Books and will release in the distant future. In her free time, she is a reviewer at Small Press Reviews, The Nervous Breakdown, American Book Review, and now The Next Best Book Blog.
Posted by TNBBC Super Mod at 5:00 AM