CCLaP: Love Songs of the Revolution

Come snuggle up against Bronwyn Mauldin's
Love Songs of the Revolution 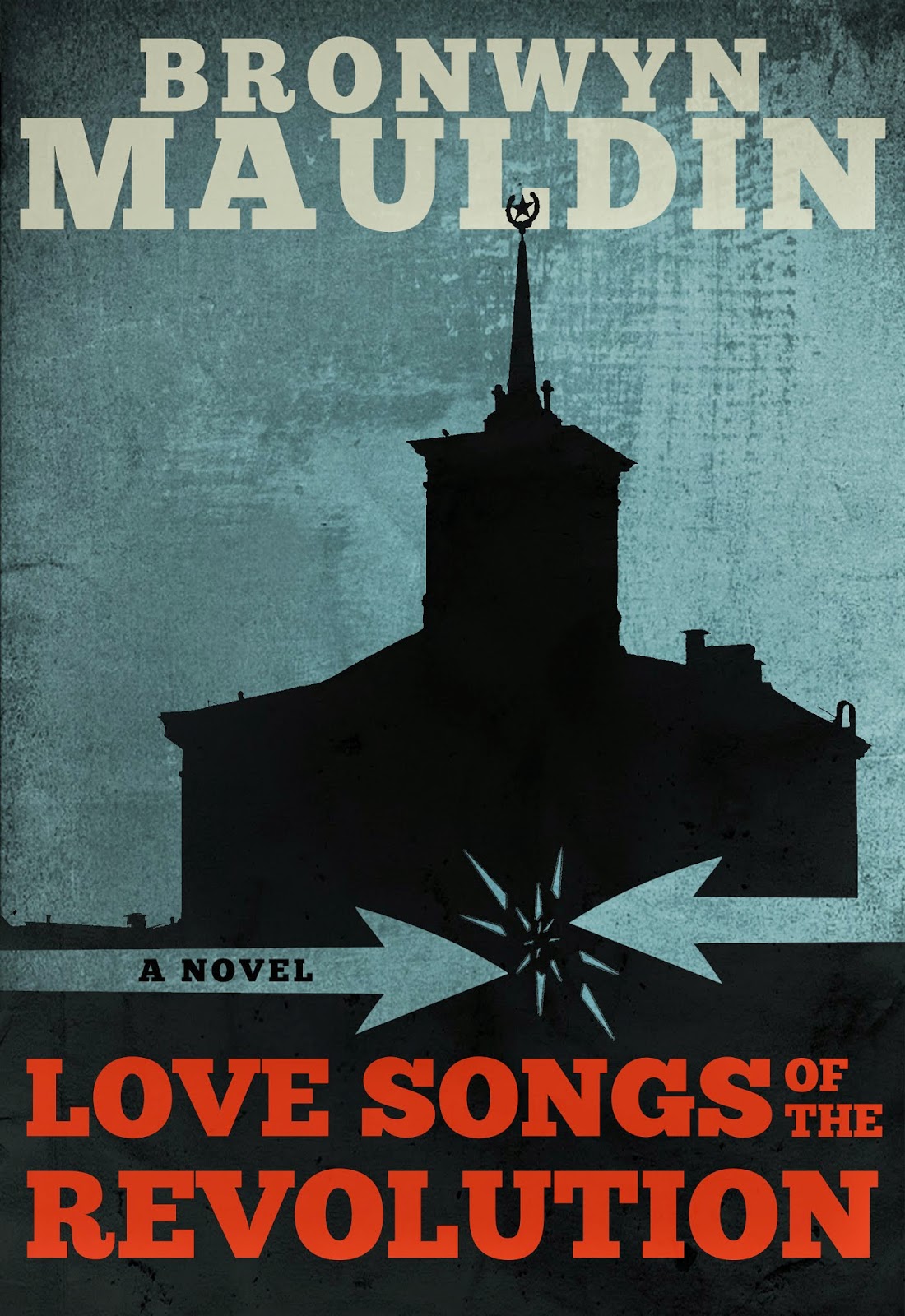 This book is unlike any other that CCLaP has published. It's a literary spy thriller with a kick. I know, I know, you're going to shake your head and say, "Nah, not much of a spy thriller kinda person"... and I get it, I do. Because neither am I. But this is not your typical crime novel. I swear it. You have to believe me. Have I steered you wrong yet?

If you dig books set in politically charged countries, books that center around murder and mayhem, books that don't insult your intelligence, that force you to dig deep and seek out the truth behind the lies... you'll want to get your hands on this one!

And I'll let you in on a little secret... there's additional content post-ending that will have you rethinking everything you thought you knew up to that point. Love Songs of the Revolution is not what it appears to be, not by a long shot.

An official painter for the Lithuanian Communist Party, Martynas Kudirka enjoys a pleasant, unremarkable life with a beautiful wife and all the privileges that come with being a party member. Yet in the summer of 1989, his ordinary world suddenly turns upside down. Political revolt is breaking out across Eastern Europe, and Martynas comes home to find his wife dead on the kitchen floor with a knife in her back. Realizing the police will not investigate, he sets out to find his wife's killer. Instead, he stumbles upon her secret life. Martynas finds himself drawn into the middle of an independence movement, on a quest to find confidential documents that could free a nation. Cold War betrayals echo down through the years as author Bronwyn Mauldin takes the reader along a modern-day path of discovery to find out Martynas' true identity. Fans of historical fiction will travel back in time to 1989, the Baltic Way protest and Lithuania's "singing revolution," experiencing a nation's determination for freedom and how far they would fight to regain it.

Author Bronwyn Mauldin recently began a blog in which she will be posting her thoughts and insights on the book, as well as myriad other things. Be sure to check it out....

Love Songs of the Revolution is available for purchase in a gorgeous paperback edition (cover designed by Ryan W Bradley, ain't it a hottie?!), and like all of our titles, can be downloaded for free at the publisher's website.

Happy reading everyone!
Posted by TNBBC Super Mod at 5:00 AM