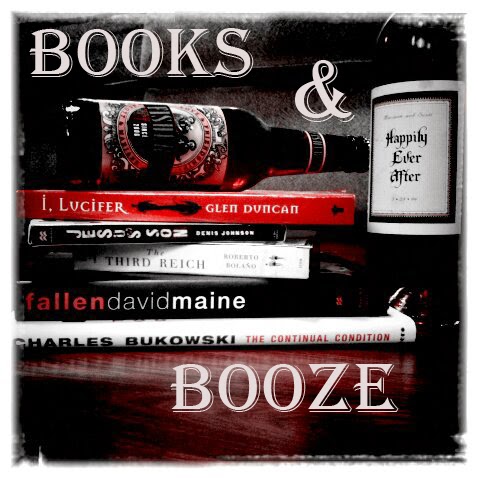 Today, Jonas T Bengtsson celebrates the release of his newest book, A Fairy Tale, with this bookishly boozey blog post of The Red Fairy....

I usually go to Prague two or three times a year: to relax, to take long walks, to look at the beautiful gothic architecture, to get lost and feel a little bit like Kafka and blame my confusion on the narrow crooked streets which intersect at weird angles that always throw my poor sense of direction.

But I also love Prague for its amazing bars. Where you can get drunk on Czech pilsner for a few euros, or go high life, and drink cucumber sake cocktails in the local Buddha Bar?

And since my generation of hipster douchy writers and artists favor Berlin, it hasn’t been spoiled yet.
I was in Prague a couple of weeks ago, with my girlfriend who is also a writer. She was about to have her second book published, so the plan was to help her relax: walk around, and get drunk - the basic preparations for a good book launch. We arrived late Monday evening. Our driver from the airport told us he had gotten the lead guitarist from the German rock band Scorpions to stop smoking. They had been best friends for years.

We had a late dinner, and afterwards we thought we’d go for a night cap.

We found a bar close to our hotel. From the outside it looked shut down. I grabbed the door handle; it opened. The lights were dimmed, the walls were painted red.  There was a nice smell of weed in the air, a good sign that this was a place you could light a cigarette without getting arrested.

We sat at the bar, we talked with a young Slovak who worked as a waiter at a medieval themed restaurant. He spent all day strapped with a sword and yelling at customers. He loved it.

After a few beers the bartender leaned over the bar.

“You wanna get fucked up?” he asked me. Since giving up recreational drugs when I became a father, I was definitely interested in what he had to offer.

He pulled down a bottle of green spirit from the shelf: the local absinthe, almost fluorescent, very high proof and with a lot of wormwood. He put a single ice cube in a tall drinking glass, pouring one third of absinth in the glass and topping it off with the local Redbull clone called Semtex. He threw in a maraschino cherry - tada!

I had a few of those. I felt pretty great. Maybe a bit disappointed that it didn’t quite have the promised effect on me.

My girlfriend advised me to at least wait until the next morning to get my forehead tattooed.

When recently asked to come up with a cocktail that embodies one of the characters in my latest novel, I thought of this bar, this night, and the drink the bartender had called “the red fairy.”

The mix of old world absinthe and something as artificial as generic redbull might serve as a nice analogy for the father in my novel. A man caught between two worlds, the old and the new. An anarchist who wouldn’t subscribe to that label, because he hates ‘isms. A man fleeing from Christianity who believes in angels.


Mix that with the brutality of modern life, caffeinated and artificially sweet, and something bad just might happen.

Jonas T. Bengtsson has published two previous novels: his 2005 literary debut, Amina’s Letters, winner of the Danish Debutant Award and BG Bank First Book Award; and Submarino, the film adaptation of which took the 2010 Nordic Council Film Prize. He has also received the P.O. Enquist Literary Prize and was nominated for the Weekendavisens Literature Prize. He lives in Copenhagen.
Posted by TNBBC Super Mod at 5:00 AM