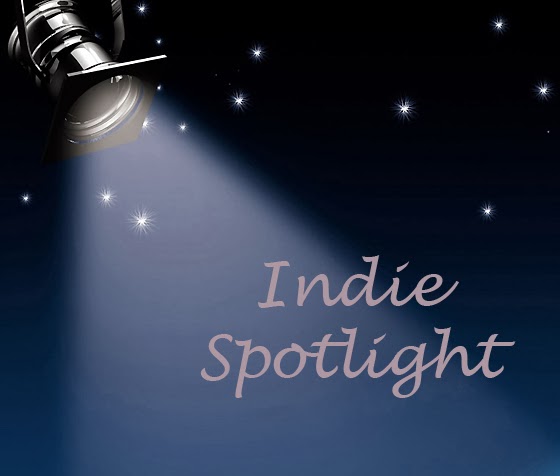 The trick to getting short stories picked up sometimes isn't really a trick at all. Networking, submitting appropriate stories to the right magazines, and being thick skinned are all necessary travel-mates down the road to being published.

Today, author James Dorr, whose THE TEARS OF ISIS was published with Perpetual Motion Machine, shares some of the keys to his success to those writers out there who may feel as though they are bashing their heads against the brick wall of submissions and rejections....

I had just come back from a horror convention where an editor who had published me some years back happened to mention that he still had slots open in his latest anthology -- one that was supposed to have been closed months before.  I made a point to say hello and chat a bit and, once I was home, looked up the old guidelines on the computer and went through the stories I had on hand.

I thought I had one that just might fit.

And that’s how the game is played.  It may be a long shot, yes, but he’d liked my work in the past and now he’s been reminded of this.  The anthology pays a professional rate, so I’d be a fool if I didn’t try.

So that’s part of it, to be on the lookout for opportunities to submit work and to be ready to jump when you find them.  I belong to a number of online groups, for instance, on Facebook and elsewhere that sometimes, along with the rest of the gossip, give marketing tips.  I also check lists like Ralan.com from time to time and, even though it costs money now, I’m still getting Duotrope on the assumption it will earn its cost back on sales I‘ll make as a result of its listings.  And of course I also keep in touch with other editors’ and publishers’ websites who’ve used my work, checking to see if they have new guidelines for upcoming anthology projects as well as check back with magazines in terms of theme issues.   This includes, if I’m at a convention, looking these people up in the dealers room if only to ask how things are going, but at the same time giving them a face to connect my name to, as well as underscoring that I care -- sort of what businesspeople call networking.  It’s not necessary, but it doesn’t hurt, nor does keeping a fairly high profile, getting on panels when I can, giving readings, etc.

To give an example, a year or two ago I sent some stories to a semipro publisher, Dark Moon Books, for a couple of flash fiction anthologies they’d announced guidelines for.  These were accepted and, at 2012’s World Horror Con, I went to their table to pick up a contributor’s copy of one that was just out.  While there, I talked with the publisher about various matters, and also met one of their assistants, Max Booth III, who  it happened was editing an alternative history anthology for them called ZOMBIE JESUS AND OTHER TRUE STORIES which, as it also happened, I had sent a story to about a month before.  As a result, when it came time for him to decide on the stories he’d use, he remembered my name and seeing it in the stack, as he said himself later, “quickly read it and knew right away I wanted it.  The story was, in fact, the first story I accepted for the anthology.”

So, okay, if it was a good story he would have accepted it anyway, but there’s more to it.  When he was later promoting the book, among other things running interviews with some of the authors, I emailed him to let him know I was available too and otherwise worked to cooperate with him.  Then, last fall, he set up his own publishing company, Perpetual Motion Machine Publishing, and, liking what he’d seen of my work thus far (in this case including some other anthologies we’d both had work in), he sent me an email asking if I’d consider doing a book with him.

The result:  in May 2013, my latest collection THE TEARS OF ISIS was published, timed by mutual agreement to be available a month preceding that year’s World Horror Convention in New Orleans in June -- seventeen stories and an opening poem of horror and dark fantasy, with some mystery and other things thrown in, about art and artists, and vampires and ghouls. . . , well, Max having given me a free hand, mostly stories published before that have been favorites of mine for various reasons but also chosen with an eye to a coherent whole, along with at least one that’s never been seen before.  And also tales about rats and dragons, and UFOs, and insects, and sleeping beauties and Medusa and Isis. . . .

So not everyone’s going to publish a book, at least not right away, but we are in a sense members of a family, we writers and publishers and editors.  And when the time comes, it never hurts to have made connections.  But there are other aspects to submitting as well.  I already mentioned reading guidelines, usually obtainable on a publisher’s website.  These may vary in information quality, but if an editor states a preference -- or lists taboos -- adhering to the editor’s wants as closely as possible, or at least explaining in a cover letter why you might be bending a rule if you have a good reason to, will leave a good impression for future submissions even if this particular one fails.  And if an editor says, even though rejecting this story, to please send another, take him or her up on it if you can.

That’s the big rule for successful marketing:  perseverance.  For myself, I try to send something or other out on an average of three or four a week and, needless to say, when something comes back, the first thing I’ll do is look to see where else I can send it.  But also be polite, businesslike, and cooperative if an editor has suggestions or requests.  If an editor asks you to rewrite something, you don’t necessarily have to agree with everything asked, but if you don’t, give him or her a reason why or, better yet, suggest another way of changing it as a compromise.

Then one more thing, with the number of pieces I send out, it doesn’t mean that I’m that prolific -- just that I’ve been around a long time.  You’ll build up a stable of stories that, while still good, for one reason or another have not yet been published, so keep looking out for places to send them.  But also a lot of marketing I do these days is with reprints, especially in a soft economy where the number of higher paying markets may not be that great, and that’s another reason to read guidelines carefully.  Some markets will be for new stories only, but others are happy to look at older work that hasn’t been in print for a while.  From my point of view it’s still extra money for something I’ve already sold before as well as exposure to new readers.  So on the one hand, I’m not going to get rich on short stories and poems, but now and then if I can make, say, an additional $10, that’s enough to buy a pizza.  Pizza is good.  But also, aggressively keeping my work in the marketplace can sometimes engender new opportunities, a case in point being THE TEARS OF ISIS.

James Dorr’s newest collection, THE TEARS OF ISIS from Perpetual Motion Machine Publishing, joins STRANGE MISTRESSES: TALES OF WONDER AND ROMANCE and DARKER LOVES: TALES OF MYSTERY AND REGRET (Dark Regions) and his all-poetry VAMPS (A RETROSPECTIVE) from Sam’s Dot Publishing. You can find out more about James Dorr at http://jamesdorrwriter.wordpress.com, and learn more about THE TEARS OF ISIS at http://perpetualpublishing.com/the-tears-of-isis/