It's a great day for some Indie Book Buzz here at TNBBC. This series has been on hiatus for a bit but Archipelago Books is helping to rekindle it! I can think of no better way for members of the indie publishing houses to share which of their upcoming 2012 releases they are most excited about! 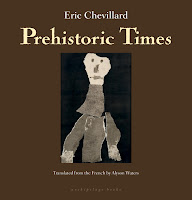 What it's about:
The narrator of Prehistoric Times, an archeologist by trade, embodies at once the cartoonishly absurd and gravely human qualities of a tour guide. Due to a severe knee injury while falling from a cliff on the job, the narrator is appointed as both guide and guardian of the Pales caves, which hold Neolithic cave paintings of debatable importance to the history of civilization. We soon discover, however, that he is one of a seemingly infinite line in the position who have since passed their life, uniform, and house to the next guide. In a covert display of what is means to be human or even vaguely humanoid, the narrator delays the point of his discussion in a dizzying array of tangents and diverging thoughts which lead to the inevitable question of history: what is man, and what is his legacy?


Why you should read it:
Eric Chevillard captures, in a way that French absurdists only can, a tone of grim comedy and peculiar mortality. Not only is Prehistoric Times a swift, ride-of-a-read, it packs a tough punch in its thoughts on the span of recorded human history. In our narcissistic age, and in an age particularly attuned to criticism and interpretation, it's easy for us to become stuck in the groove of a certain mode of looking at art, at writing, or at any form of communication. The humbling truth is that, when our civilization as we know it disappears, the meaning of the monuments left for the next culture will be entirely out of our hands. But--let me assure you--this book does not drag with the weight of its heavy questions on humankind. It skips and jumps, making it all the more curious. 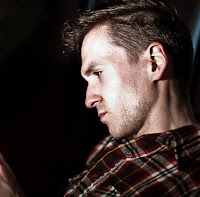 Eric Dean Wilson is the Assistant Editor for Archipelago Books, a non-profit publisher of classic and contemporary world literature in translation in Brooklyn. He is the co-author (with dancer Tavia Grace Odinak) of Meat Game, a performance piece about Queen Victoria, femininity, and pork ribs. His own essays and poetry have appeared in Ninth Letter, Seneca Review, River Teeth, and Third Coast, among others. In his spare time, he is the producer of the forthcoming web comedy series "Meet Norma St. Cleod" -- a selection for the 2012 International Television Festival in L.A. -- due in September. He is also, at times, a performer, bartender, and lover of ancient Roman poetry.