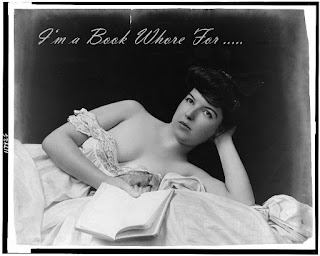 Welcome to a brand new blog series in which I shamelessly (virtually) whore myself for books, authors, and publishers.

I haven't decided if this will be a weekly event, or an 'as the mood strikes me' event. In either case, I promise to share my undying love and unshakable desires for all things literature with you, my fellow readers.

For it's debut blog post, I wish to celebrate my Book Whoredom of Nobel-laureate Portuguese novelist, playwright and journalist 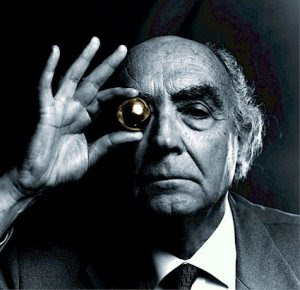 How the Whoredom Started

I fell in love with José when I stumbled across his novel Blindness in a Borders book store quite a few years ago. The cover for Blindness was on display in the shelf, facing outward at me, almost daring me to pick it up with it blinding white cover. I had no idea what I was getting myself into.

Why I think he is worthy of Whoring

His writing never ceases to amaze me. It's haunting. It's cerebral. It's stream of consciousness. It's allegorical.

As much as I adore Jose Saramago, and whore his books, I understand that he may not be for everyone. For starters, he writes in his original language of Porteguese, and it sometimes takes years for his work to become translated for American consumption.

His writing style is unique and can be off-putting for readers who prefer the strict rules of syntax and grammar. Saramago does not use quotation marks to identify when his characters are speaking, nor does he note which character is speaking, causing the easily confused reader to backtrack and reread pages at a time to track conversations or determine if the words were even spoken aloud. His paragraphs can run for many pages, and include insane amounts of run-on sentences, which can flow for up to 10 lines at a time.

There have been whispers that it is Saramago's translators who are recklessly tampering with his sentence structures, but I strongly disagree. There is a certain poetry and flow to his words, an intentional chaotic stream-of-consciousness that is breath taking and intense.

People have called his style a "gimmick", a way of hooking readers into purchasing more of his work, which could not be further from the truth. I find that the people who believe this have only read the novel Blindness. They assume the writing style is limited to that novel because it lent itself to the confused anxiety of the story so well.

Dear readers, do not let these things put you off. I do not want to you miss the beauty and passion that is found within his pages. I want you to experience his stories and writing for yourselves, and I believe Blindness is the perfect introduction, which still remains my favorite of all his translated novels to date.

I wouldn't be surprised if you end up standing next me in the future whoring his books as well!

Also take a close look at The Cave - which tells the story of Cipriano, a humble potter who makes his living selling his goods to the people of the Center - a dark, suspicious place that is hiding a terrible secret. I wouldn't forget to pick up Death With Interruptions while you're at it - A fantastical look at what would happen if Death decided to stop doing what it does.

But don't stop there! You must also read All the Names - in which a clerk at the Central Registry comes across a card for an unknown woman, and becomes obsessed with hunting her down and collecting as much information as he can about her. and Seeing - the somewhat sequel to Blindness, in which we find ourselves in the same town, where something strange is taking place with the political ballots.

Ok, I think I have rambled enough.

Who or what are you a book whore for?
Posted by TNBBC Super Mod at 7:49 PM