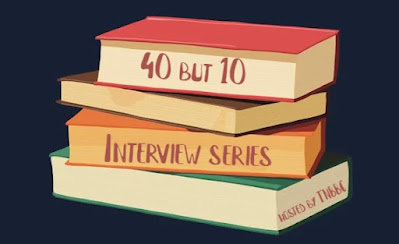 Today, Ben Arzate helps up break in the series! Ben is a long time friend of TNBBC - he's been kind enough to review a bunch of our clients' titles over the years and we're thrilled to be able to help support him!

Ben lives in Des Moines, IA. He is the author of the novels The Story of the Y, Elaine, and Music is Over! He's also written the poetry collections the sky is black and blue like a battered child and dr. sodom and mrs. gomorrah. His first book of plays, PLAYS/hauntologies, was released through Madness Heart Press. Find him online at dripdropdripdropdripdrop.blogspot.com. 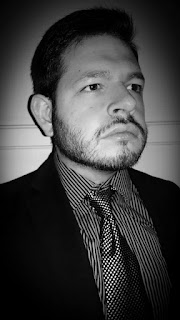 Why do you write?

I originally started off writing song lyrics in high school. Then I moved into poetry, and from there, stories and novels.

What is your favorite book from childhood?

The Kryptonite Kid by Joseph Torchia

The Passenger by Cormac McCarthy

What genres won’t you read?

While I wouldn't refuse to read any genre, I'm really not a fan of high fantasy in general.

This line from Stephen Crane's “'Truth,' said a traveller.”

“A shadow, a phantom;

“Long have I pursued it,

“But never have I touched

Besides all the books on my shelves, I want to read the complete works of Pierre Guyotat.

Do you read the reviews of your books or do you stay far far away from them, and why?

I do read them, mostly because I don't get very many, so I can give them the attention.

If you could time travel, would you go back to the past or forward into the future?

I'm already a time traveler. I travel into the future one second at a time at all times.

Are you a book hoarder or a book unhauler?

I'm definitely a hoarder. I have way too many books and I have trouble letting them go. 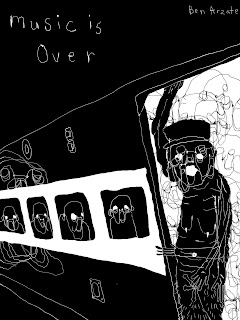 Between 2001 and 2013, the leader of the Japanese noise band The Gerogerigegege, Juntaro Yamanouchi, disappeared. Where did he go for over a decade? Perhaps he met a victim of the Slit-Mouth Woman and they took a night train to nowhere. Perhaps they stumbled on an industrial wasteland of a city filled with strange doctors, mysterious foreigners, psychotic policemen, and unfriendly residents. Perhaps they became caught between violent struggles they barely understood in their journey to go back home. One can only speculate.
Malarkey Books is proud to present Music Is Over!, a surreal picaresque horror novel by Ben Arzate. It’s very weird, it’s totally bizarre, it’s kind of violent, and it’s weirdly touching. It’s all of these things but more than anything it’s just a cool book.