Books I Read In December

Like I predicted, December, and the entirety of 2022, passed by like it was nothing. How are we in the New Year already?

December was also a crap month for reading. I only finished 4 books. Haha, that feels so pathetic compared to what I read in the previous months. I also tried something that was a little out of the norm for me... I read a couple holiday themed books. I did also read a 5th book, but it was for publicity purposes and won't appear here...

So let's take a peek at which books I managed to squeeze in last month: 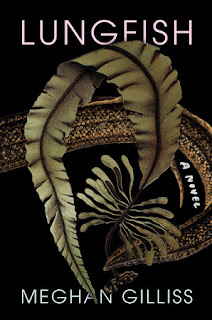 Good lord, that ended up being sloggier than I had anticipated.I knew nothing about the book going into it. It was a random impulse buy while I was browsing - I loved the cover, really like the publisher, and thought the summary sounded like something I'd enjoy. And when I first cracked it open and started reading, I was pulled in by the flowing internal narrative. The prose and the stark landscape was * chef's kiss *.To set the stage: Tuck, her husband Paul, and their young daughter Agnes run away to squat in her deceased grandmother's empty house on a remote island in an attempt to hide from their problems. We learn that Paul has a drug addiction that Tuck didn't catch on to until all their money was spent and their home went up in flames (At least, I think it went up in flames. I'm second guessing myself now). Penniless, as Paul struggles with withdrawal and the ghosts of the things that pushed him there in the first place, Tuck struggles to keep herself and Agnes fed, all the while expecting someone to discover where they are and turn them out.After about 100 pages of things not really progressing, the marital distress, addiction, suspicion, and scavenging started to wear on me. So much so that when I had a few spare minutes, I found myself sometimes doing other things when, under different circumstances, I'd have dived back into my current read.It was also a bit of a mood influencer. Not enough to make me DNF it, but I noticed I felt crankier after putting it down. Like the foulness of Tuck's situation and how she was responding to it irked me well beyond the page. I don't know how else to explain it. Has that ever happened to you? 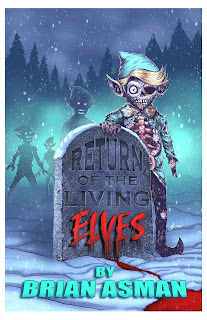 Return of the Living Elves by Brian Asman

Do you like a little ho-ho-horror with your holidays? Return of the Living Elves is a cheeky, gory, bizarro spin on The Return of the Living Dead, only elf style!I enjoyed Brian's last book Man, Fuck This House, and figured a little holiday zombie horror could be a fun way to get myself into the Christmas spirit.It's Christmas Eve and Tommy is trying to land a decent job, and cool last minute present, to impress his girlfriend. Jimmy, the manager at the Christmas Supply Warehouse, takes pity on the kid and starts showing him the ropes, including the strange custom returns that are in the storage area down in the basement. Tommy pulls a snow globe out of one of the crates and drops it, accidentally releasing an undead elf who is hell bent on ushering in a zombie apocalypse that may require intervention from a secret goverment-ish group of Clauses and Kringles.It's a fast paced romp that will have you ho-ho-hoooo noooo-ing the whole way through. 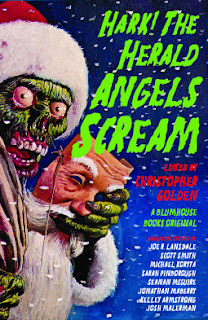 I feel like I should have liked this more, but I just thought the whole thing was awfully meh. Listened to it on audio with high hopes and, other than “Absinthe & Angels” and "Yankee Swap", there wasn't a single story that stood out to me.Sigh. 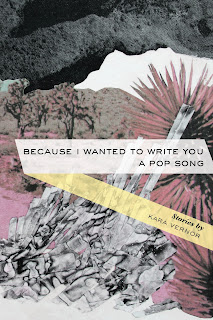 I'd been eyeing this one up for a long time and I'm glad I grabbed it. It's everything I anticipated it would be - short heady stories full of love lust and longing, damaged women, fucked up relationships, all of it proudly showcasing its hard earned bites and bruises.Do you read flash fiction?What do you like best about short story collections?

How did you do in December? What books on your to-read list for January?