Blog Tour: The Wounded Ones

We're happy to help Meerkat Press support the release of their latest title The Wounded Ones by participating in their blog tour.


For today's stop, G.D. Penman is taking it to the toilet.


Oh yes! We absolutely have a series on bathroom reading! So long as it's taking place behind the closed  (or open, if that's the way you swing) bathroom door, we want to know what it is. It can be a book, the back of the shampoo bottle, the newspaper, or Twitter on your cell phone - whatever helps you pass the time...

Today, G.D. Penman takes it to the toilet. Penman is the author of the Strata Online and Witch of Empire series, the ghostwriter of more than 50 books, and a freelance game designer. A firm believer in the axiom that any story is made better with the addition of dragons, he is fulfilling his destiny as an overweight bearded white man by pursuing a career as a fantasy author. In “real life” he lives in Scotland with his partner, children, dog and cats. Just . . . so many cats. 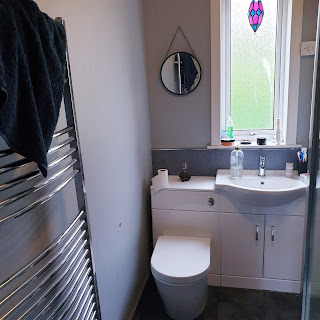 I can’t work on the toilet. I can’t do whatever the kids are demanding, I can’t cook a meal, I can’t write. It is literally the only place in my entire house where I am not feeling lazy for not doing something else.

It is a place with a singular purpose, a purpose that I abuse for the excuse of getting a little bit of reading done. The kind of reading that you can pick up and put down multiple times a day – depending on coffee intake.

For me that means non-fiction rather than short stories. Short stories are a smoke-break pleasure, not a poop-break pleasure. You have to keep these things separated. I you’re smoking on the toilet then you need to change your diet.

So without further ado, what I read while I poo:

The Battle Royale Slam Book
Edited by Masumi Washington & Nick Mamatas
Like all of these books, this lives on my kindle, and dipping into it reminds me why I started writing the weird stuff that I write on a daily basis. Each of these essays addresses a different viewpoint on the cult classic film/manga/book, talking about elements of the story in ways that even the author might not have predicted.

Feel Free
Essays by Zadie Smith
While the slam book is full of really niche pop culture essays that are only of interest to me, Feel Free is chock full of essays on such a breadth of topics that I can guarantee whoever picks it up is going to find something of value. There isn’t a specific reason I read this book, I just enjoy it.

Impossible Owls
Essays by Brian Phillips
Travel writing almost always focusses inadvertently on the travel writer rather than the culture that they’re invading, so Phillips collection of essays – technically sports writing in a lot of places – is a refreshing change of pace. He blends elements of the cultures into the style that he is exploring, and he seeks out the fringe viewpoints that reflect a reality of that central culture. Amazing work.

The Good War
Studs Terkel
This is an old, probably out of print, book that I keep going back to. Enough of my projects revolve around conflict that a perspective on war is vital and no perspective on war matters more than the ones from the front lines. Terkel’s book is a narrative history woven together from interviews with the people who fought in the Second World War. A perspective that has been lost as that generation passed away. I should probably say something trite about learning from history so it doesn’t repeat, but honestly that ship has sailed.

Girls and Sex
Peggy Orenstein
What I thought was going to be a quick and fun Sex and the City style romp through modern attitudes about sex turned into a deep dive about the waves of feminism and how they’ve been weaponised against women by the corporate power structures pretty much instantly. Blending interviews with these bigger overarching themes really helps them to punch you in the gut and make you take notice.

Phone
I can’t handle Twitter on the toilet. You never know when you might scroll past something that sends you into a sphincter clenching rage, and that is not conducive to a functional visit to the smallest room in the house. What I can do is browse through my stockpile of tabs full of non-upsetting news stories and interviews. I’ve also tried reading recipes  and food writing while on the crapper, but it feels fundamentally wrong. 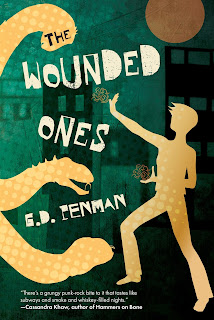 THE WOUNDED ONES by G.D. Penman
Book 2 in the WITCH OF EMPIRE series

SUMMARY:
Demons and serial killers are Iona “Sully” Sullivan’s bread and butter, but nothing could have prepared her to face off against the full weight of the British Empire at the height of its power. With the War for American Independence in full swing, she finds even her prodigious talents pushed beyond their limits when citizens of the American Colonies begin vanishing amidst rumors of crop circles, hydra sightings and worse. Through a wild and lethal adventure that will see her clashing with the Empire around the world and beyond, the only constants in Sully’s life are an undead girlfriend, a giant demon crow that has taken a shine to her, regular assassination attempts by enemies on all sides, and the cold certainty that nothing and nobody is going to make it out of the war in one piece.