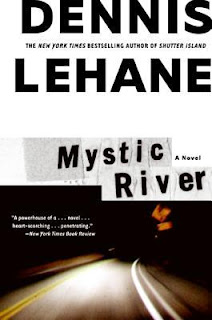 Since I write crime fiction my favorite book in that genre is Dennis Lehane’s Mystic River. Lehane is a brilliant storyteller, and Mystic River is his masterpiece. The novel really opened my eyes to what the genre is capable of. Multi-layered, suspenseful, almost poetic in places. The characters are as real to me as somebody you might meet in a bar or walking down the street.

Harry Hunsicker, a fourth-generation native of Dallas, is the former executive vice-president of the Mystery Writers of America. His debut novel, Still River, was nominated for a Shamus Award by the Private Eye Writers of America, and his short story "Iced" was short-listed for a Thriller Award by the International Thriller Writers. Another of his short stories, "West of Nowhere," originally published in Ellery Queen Mystery Magazine, was selected for inclusion in the anthology The Best American Mystery Stories 2011. His novel, Shadow Boys, was a Kindle First choice in November 2014. THE DEVIL'S COUNTRY is his seventh novel.