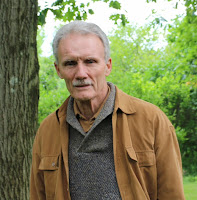 This is Lamar Herrin.

He is the author of seven novels, including The Lies Boys Tell, House of the Deaf, and Fractures; a memoir, Romancing Spain; and numerous short stories, which have appeared in The New Yorker, Harper’s, The Paris Review and Epoch, and elsewhere. He has won a NEA fellowship, an AWP Award for the Novel, and the Paris Review’s Aga Kahn award for fiction. He is a professor emeritus from Cornell University and with his wife, Amparo Ferri, divides his time between Ithaca, New York and Valencia, Spain.

FATHER FIGURE (Fomite, Oct. 25th), his new novel, is the story of a man whose father was once a small town sports hero--beloved and admired by all--who returns from WWII and the Battle of the Bulge a one-legged and deeply embittered man. In this moving novel, the son takes it on himself to figure the father out, to account for him and make him into a father whose cause he can defend. 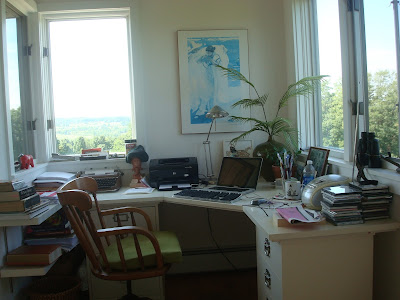 Because I fantasized out loud too many times about writing in one the cupolas, or “widows’ walks,” that sit atop many of the Italianate houses in Ithaca, New York, when our architect son, Rafael Herrin-Ferri, designed a house for my wife and me one of the first things he thought of was my writing cupola, which became, given his taste for American vernacular references, a tower of sorts that resembled from the outside a grain elevator.  So I sit atop a grain elevator looking out over one of a series of valleys that became, just north of us, the Finger Lakes, writing these words. 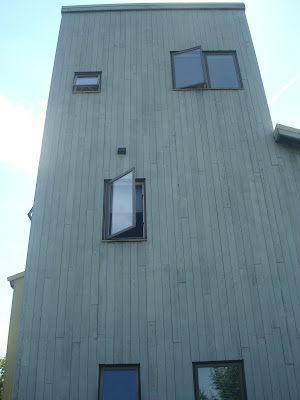 The views are extraordinary, and I frequently have hawks and turkey buzzards planing past my windows.  Twice I’ve been visited by bald eagles.  I walk up to this tower in the morning, and I truly do have the sense of rising into the sky and leaving behind the clutter of daily life.  My mind seems to sharpen and rise free.  Mental and verbal baggage get left down below.  I can make myself believe that I write a cleaner sentence.  But I also remember there are people who prefer to write in closets (I once wrote a novel, American Baroque, in a walk-in closet), where there is no distraction and nothing to compete with the richness and abundance of their own words.  Wasn’t Dylan Thomas, with all that verbal exuberance of his, one of them?  No competition, no distractions, but that could be tantamount to having your nose rubbed in your own prose, and, on balance, I think I prefer having this space and these rolling valley ridges to gaze out on.
Posted by TNBBC Super Mod at 5:00 AM