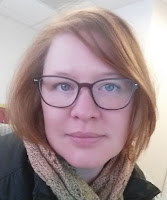 This is Wendy J Fox.

Wendy is the author of The Seven Stages of Anger and Other Stories (Press 53, 2014) and the novel The Pull of It (forthcoming, 2016, Underground Voices). Her fiction, essays, and interviews have appeared in ZYZZYVA, The Tampa Review, The Missouri Review, and The Pinch, among others. More at www.wendyjfox.com.


Between 1996 and 2009, after never moving once as a child, I changed house on an average pace of a little over once a year, getting me to 16 moves. It was a combination of the volatility of roommates and relationships, heading oversees and coming back, a pit stop at my mother’s, the influence of employment (or lack thereof).

It does get easier, when you move constantly; you have less stuff, you can do almost all of it in a hatchback, you become less attached to anything you can’t lift on your own (pro-tip: put your books in liquor boxes, small and sturdy and very stackable.)

Then, I thought I would settle, and I bought a townhouse in Seattle. Yet, less than a year into my 30-year mortgage, I was packing again—I had fallen in love with the man I would eventually marry, and life was taking me to Denver.

Even at the 17th time, the sound the strapping tape made as it came off the roll gave me a particular feeling, some combination of hope and queasiness.

Always, because of moving and later, because of frequent travel for work, I was a flexible writer in terms of space. My writing nook was opening my laptop or surrounded by hard copy. I wrote on airplanes and kitchen tables and on the occasional camping trip; I squeezed it in where I could, both physically and in terms of time.

Relocating to Colorado marked, in the beginning, the destruction of my social life.

Thousands of miles away from friends and finding it hard to make community outside of my fiancé’s circle, I was in a new era of writing productivity, and the dawn of what I have come to think of as Patio Writing.

I do have a proper desk at home, and in all the homes I have been in, but I also have a desk job, so I don’t really like to sit at a place that feels like an office. I will do it if I need to print a lot, or if the weather is very cold. My desk is very typically messy and is nothing interesting to look at.

In Denver, my fiancé turned husband and I were not as transient as I had been in Seattle, but we still bounced a little.

Our first move together was to the loft, which was an amazingly large apartment and essentially one big room. It was a fantastic place to throw a party. However, we started to feel like closets might be useful as well.

In the loft, I wrote from the upper or lower patio.

I like to write outside because I feel very connected to physical space and to landscapes. All writers are good at imagining, but for me there is also something to the experience of the body. Patio Writing helps me get to a clearer feeling of the seasons. Writing cold, when I am cold, for example, or writing heat in the blare of summer. Writing rain. Writing wind.

I also prefer the action of outside. I grew up rural, where there are wells and springs for water, but also the slaughter of animals and fire. I have lived exclusively in cities since the late 1990’s. I miss the open space, but not the hardness of country life.

Unlike being out in the sticks, there are a lot of things to see from the vantage of an urban patio. Breakup and makeout sessions, car accidents and kindness. There are sirens, many sirens. Light pollution and noise pollution and the sheer evidence of humans.

By 2013, we were in a downtown neighborhood, with a lot less space than the loft, but I had just changed jobs and my hours-long commute suddenly became a walk, and we were also in an apartment with a more ordinary structure. When a cousin stopped by after we first moved in, he said, Ooh! You have walls!

Yes, walls. And a patio, where for several years I worked on two novels and a collection of short stories.

In April of 2015, we moved again, taking me to 20 house changes. My book of short-stories was out, one novel had just gone under contract. (The second novel is still looking for a home)

We painted our new walls in colors named Velvet Curtain and Cajun Shrimp and Wings of a Dove (shades of dark blue and pinkish orange and platinum gray), but still, I spent most of my time on the patio, hacking along.

In support of the environment of Patio Writing, I grow food and flowers in pots (we don’t have a yard), because it makes me happy to have some green around. Because there is a satisfaction in sprouting plants. Because when bees land in the lavender and butterflies on the sunflowers and there’s one lonely grasshopper lurking in my peppers, it feels a little like home.

Growing is a lot like writing–you plant, you try, you hope.

Outside, I wipe my pages dry, blot the moist from my laptop or my pages. Tarp the pants. Manually sex (rejection) the peppers if there are not enough pollinators. I put out a bee wash because I am concerned.

As much as possible, in life or writing life, you look for places where you can bloom.

When I move again, which feels bound to happen, again I will take what’s important: the hard copies and drives, the scraps for novel ideas, the seeds I have collected from the columbines and the peony, the volunteer tomatoes and celosia that sprang from the compost. And of course, I will be looking for a new patio.
Posted by TNBBC Super Mod at 5:00 AM