Les Plesko's Would You Rather

Les Plesko's
Would You Rather 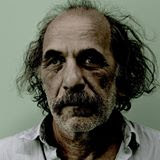 Would you rather write an entire book with your feet or with your tongue?
Feet. Need a little distance.

Would you rather be a well known author now or be considered a literary genius after you’re dead?
NOW. Though I’m edging toward the latter, as a fallback position.

Would you rather write a book without using conjunctions or have every sentence of your book begin with one?
What’s a conjunction?

Would you rather have every word of your favorite novel tattooed on your skin or always playing as an audio in the background for the rest of your life?
SKIN. Why clothes were invented.

Would you rather write a plot twist you hated or write a character you hated?
Plot twist, though a hated character would be cool if they were interesting.

Would you rather use your skin as paper or your blood as ink?
The old blood as ink metaphor.

Would you rather become a character in your novel or have your characters escape the page and reenact the novel in real life?
I am a character in my novel; it is my life.

Would you rather write without using punctuation and capitalization or without using words that contained the letter E?
The former. E is a good and useful letter.

Would you rather have schools teach your book or ban your book?
Teach, and make them memorize it.

Would you rather be forced to listen to Ayn Rand bloviate for an hour or be hit on by an angry Dylan Thomas?
B!

Would you rather be reduced to speaking only in haiku or be capable of only writing in haiku?
That’s the best one yet
Then the next line has these words
Just five more to go

So, talking like that would make life interesting than having to write it.

Would you rather be stuck on an island with only the 50 Shades Series or a series in a language you couldn’t read?
The latter, if I had a pen.

Would you rather critics rip your book apart publicly or never talk about it at all?
RIP IT GOOD

Would you rather have everything you think automatically appear on your Twitter feed or have a voice in your head narrate your every move?
Tweet it. The NSA already has all that stuff anyway.

Would you rather give up your computer or pens and paper?
Yes

Would you rather write an entire novel standing on your tippy-toes or laying down flat on your back?
On my back if no bedbugs; tippy-toes if.

Would you rather read naked in front of a packed room or have no one show up to your reading?
Naked and no one shows up would be interesting.

Would you rather read a book that is written poorly but has an excellent story, or read one with weak content but is written well?
No.

From the Fringe science lab: Would you trade places with your bestselling author alternate universe self if it meant never seeing your own world again (not to mention trapping your doppelganger in a place where they don’t belong)?
YOU BET I WOULD. Get me out of here.

Les Plesko is the author of the novels The Last Bongo Sunset, Slow Lie Detector, and Who I Was. He teaches writing at UCLA Extension.
Posted by TNBBC Super Mod at 5:00 AM