James Boice on "Being Indie"


On "Being Indie" is a monthly feature that will be hosted here on TNBBC. It is my hope that we will meet a wide variety of independent authors, publishers, and booksellers as they discuss what being indie means to them. 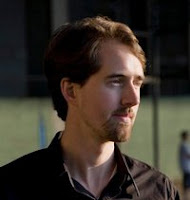 James Boice is not an independently published author, though he absolutely considers himself an "indie". His three novels - MVP, NoVa, and The Good and the Ghastly - were published by a Big Six imprint, but I bet you haven't read him yet. And that's a shame. He deserves to be the next big thing!

Not too long ago I was in a JCPenney for some reason and there was a mannequin displaying an “indie rock” outfit one could buy—western shirt, CBGB shirt, pre-faded jeans. Any questions I had about whether the term indie still meant anything were laid to rest.

The term indie, however, still connotes something, and it is this: underdog. A piece of art that does not have the support of the forces and powers of the universe, an artist working alone, the odds stacked against him or her—this is what we mean when we say indie. That is why we like indie—because we like underdogs.

You can be an underdog in many ways. If your resources are iffy, if your budget is low, if your art is difficult or uncompromising or even just sincere, then I believe you qualify as an underdog and are therefore what we mean when we say indie.

I have had three novels published by Scribner—which is an imprint of Simon & Schuster, which is one of many objects residing in the vast portfolio of the CBS Corporation which is a massive media conglomerate probably owned by something bigger and scarier, some mysterious multinational that will turn out to be an alias for the Moonies or Rupert Murdoc or China or, I don’t know, Satan or something. And yet I am indie. Indie meaning underdog.

Here is why: There is a relatively big, moneyed mainstream apparatus behind my literary fiction novels and you still have never heard of me. I have published short fiction in everything from barely-known lit quarterlies to Esquire. My books have sold a few thousand copies each. I make very, very little money from writing. The indie lit apparatus thinks I am too mainstream because I have a big mainstram publisher, so they ignore me, assuming their support is more needed elsewhere. The mainstream lit apparatus—e.g., NPR, New York Times, et al—ignores me too, for whatever reason.

My novels tend to be about the dark, pathological side of humanity. They are not the kind of novel that exist just to make you feel good about a world we have no business feeling good about. I am physically repulsed by schmoozing, I am constitutionally unable to pander, I start barfing if I blab about myself, I avoid literary scenes and magazine launch parties and am friends with almost zero other writers, I do not enjoy readings (attending them or doing them) and only do them when I have a book that has just been published. I kneel at no altar, I swear no allegiances, I am short-listed for no prize, I am endowed by the grant of no foundation.

What I do do: I write books and try to write well and say true things. That is where I channel my energies and concerns.

There are a number of people who really, really get what I do. We are kindred spirits. It is good to know they are out there. They are the reason I keep writing. And I rely almost entirely on their word-of-mouth for support.

As a fiction writer working in 21st American society—a society that cares about literature as much as it cares about waste management—no matter what corporate conglomerate owns or does not own the apparatus publishing or promoting (or not promoting) my work, I expect to always be the underdog, to be accepted neither by scene nor mass audience, to be given at most only minimal and begrudging support by whatever gatekeepers there are.

In other words, I will always be working independently, as every artist should. That was the original point of people starting indie presses and indie record labels and making indie films: to stay true, to exist on one’s own terms and create for the sake of the art and nothing else.

As long as you are doing that, working on your own terms, regardless of the venue, no matter what, you are an underdog, you are indie.